From India we are echoing a new launch, a Xiaomi smartphone that you may have the feeling that you already know it and it is no wonder. Its similarities with the Redmi 9 are no coincidence, since they are based on the series that has given so many joys to the Chinese firm. Now in order not to let them die, Xiaomi has launched the Redmi 9 Activ that we present to you.

Unlike what happens with other brands such as Samsung, the Activ version does not refer to a smartphone with greater resistance against shocks, but rather modifies some of its characteristics to improve it and adapt it to the new needs of users. If you were thinking of getting a Redmi 9, or even the newly introduced Redmi 10, there is a new choice. The renewal in the form of Redmi 9 Activ

In the specifications of this model we come across many similarities to the entire Redmi 9 series, but if we had to find a simile, we opted for Xiaomi’s Redmi 9C. In this case it even shares a processor, letting us see that in the smartphone market not everyone is looking for a well-endowed high-end or mid-range, but that economic options are of great interest.

The model’s screen is 6.53 inches with IPS LCD technology and HD + resolution. In the design we see that textured plastic is once again Xiaomi’s choice for this Activ model , with black, blue and purple colors, supported by striking gradients. The weight of the model is 194 grams and it has a thickness of 9 mm that does not make it boast of being thin or light.

Inside we have the Helio G35 chip, but it receives important changes in its configuration with options of 4 or 6 GB of RAM that will allow a before and after for users. In the internal memory we come across 64 or up to 128 GB, preparing the smartphone to take advantage of its cameras. In non-fatal or more basic connectivity, such as GPS, LTE connection to navigate or Bluetooth 5.0, although we do miss the NFC.

The front lens integrated into the screen with a classic water notch is 5 Mpx and behind we find two 13 Mpx lenses with f / 2.2 aperture and an extra one for the 2 Mpx portrait mode. Video recording does not integrate any type of stabilizer, but offers 1080p resolution at 30 fps. 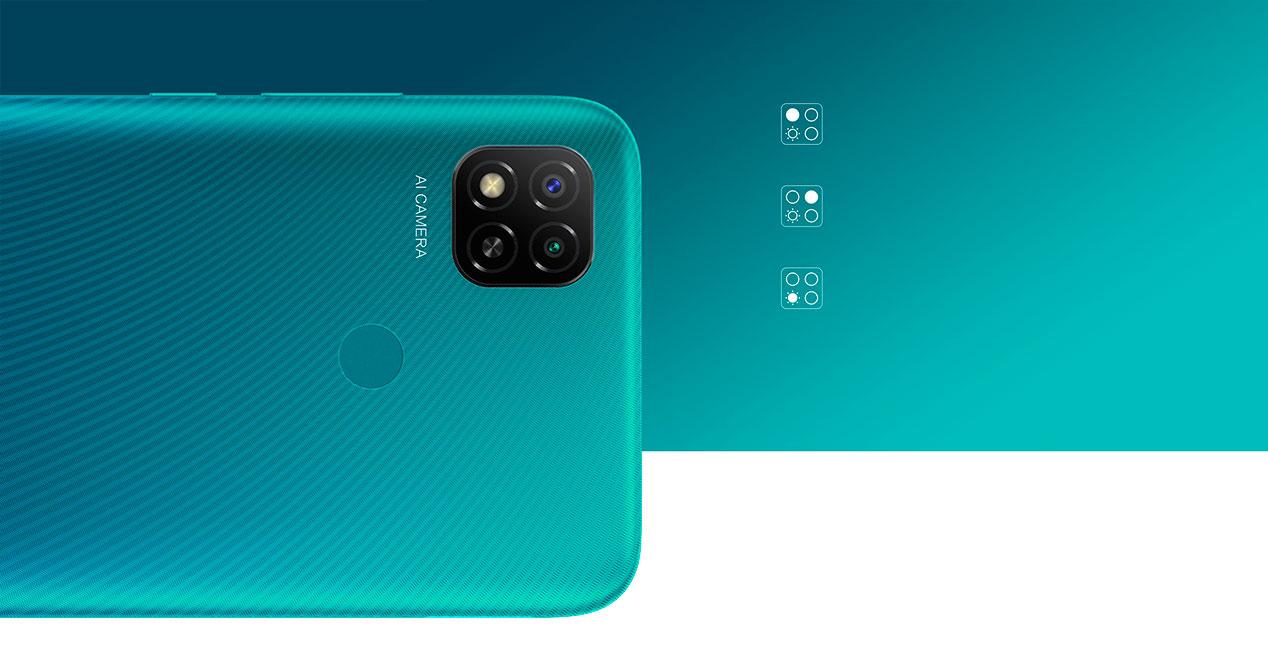 Finally we come to the battery, where we will not have to try to squeeze the battery more thanks to the fact that we have 5,000 mAh as its brother the Redmi 9C included, with a fast charge of 10 W. However, it shows us again that it is of a smartphone “recycled” from its predecessor by integrating today the Micro USB, a connector that few terminals continue to use.

Price and availability of the new Redmi 9

For now, this smartphone arrives in India and it has not been revealed if it will reach Spain or other countries beyond that market. In case of doing so, the price that has been made official there, could be modified depending on the taxes, although for now this is what it will cost us to get hold of the terminal in each of its options: