With the advent of DVD , VHS was gradually being forgotten. The tape format offered a ton of drawbacks and virtually no advantage over digital. DVD is still the most widely purchased disc format today, as it is cheaper than Blu-ray, and quite a bit cheaper, which seems to matter more to people than quality. Therefore, it is not surprising that there are those who prefer to continue using VHS .

This is collected by the WSJ, who has interviewed several people who prefer to continue collecting and collecting VHS tapes . It is quite a difficult hobby to maintain as VHS tapes and tape players stopped being made in 2016. Most of the movies you find on VHS are from the 80s and 90s. The last movie released on VHS by a major studio was A History of Violence, starring Viggo Mortensen and released in 2006. Despite this, fans have devised mechanisms to access free movies that they have not seen. In Los Angeles a system called ” Free Blockbuster ” began, where citizens left and picked up VHS movies for free , in addition to having also added DVDs and video games. Now there are even conventions to exchange them as if they were trading cards. 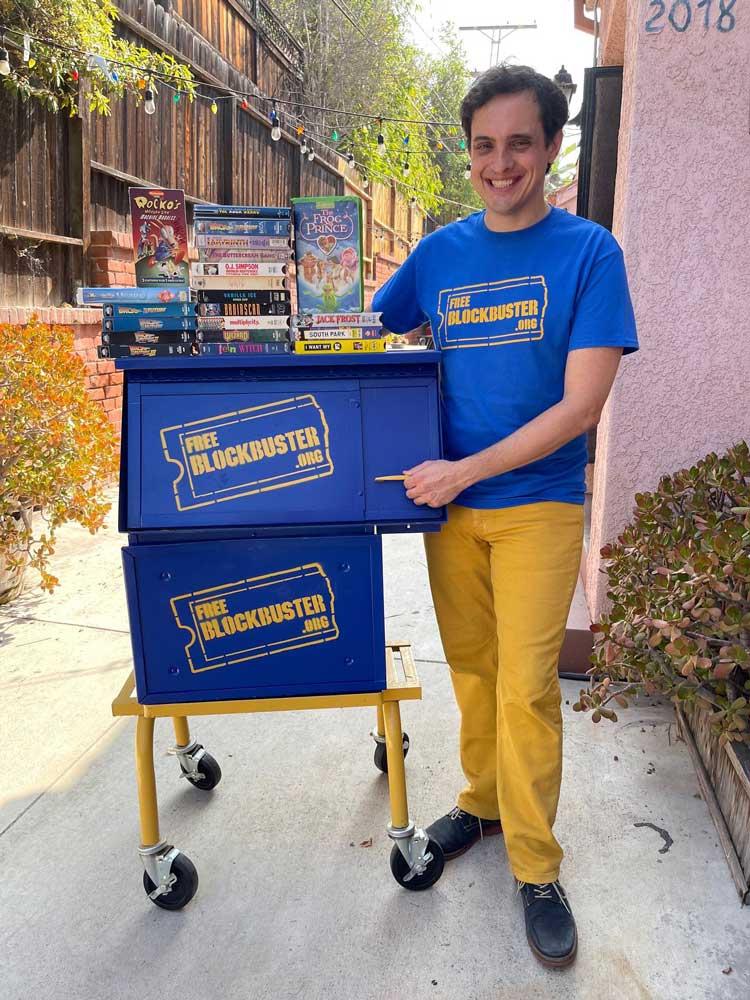 Currently, the movement has its own website ( freeblockbuster.org ), with 69 points throughout the United States where users exchange films. The system is maintained by fans. Its creator, Brian Morrison, received a letter asking him to stop using the Blockbuster name, which is now owned by DISH. He has responded to them requesting to license the name, but has received no response. The company claims it has no interest in having its name used in connection with this move.

Morrison still has his first video cassette , and he’s keeping it because he claims he likes to keep old hardware alive. And is that one of the problems of this hobby is keeping VCR players alive, since their internal mechanisms are very complex and sensitive, and any part can easily break.

The DVD was imposed in the late 90s and early 2000s, but the fact of being able to watch movies completely free and legal , even if its quality is not the best, has made many people continue to maintain this hobby. In Spain it is quite easy to find second-hand movies on all kinds of portals. And not only VHS, but DVDs are also sold for very low prices, since most users consume content on streaming platforms or other sources with a much higher quality.