A new player is entering the graphics card market, albeit with quite a few problems. Recently Intel has shared a video on its YouTube channel where it compares the Intel Arc A750 Limited Edition with the NVIDIA RTX 3060. The tests are carried out on almost 50 games under 1080p and 1440p resolutions , with quite interesting results.

The launch of Intel Arc cards is being quite rushed. First of all, the launch has been very controlled and they were launched first in South Korea, then China and then in the rest of the world. In addition, the first drivers gave many problems and the release of the improved driver took more than a month to arrive. NVIDIA RTX 3060 graphics cards are currently one of the best-selling on the market. These offer an excellent quality/price ratio and, in addition, they support Ray Tracing and DLSS . That the new Intel graphics card can compete with this is already a first step. 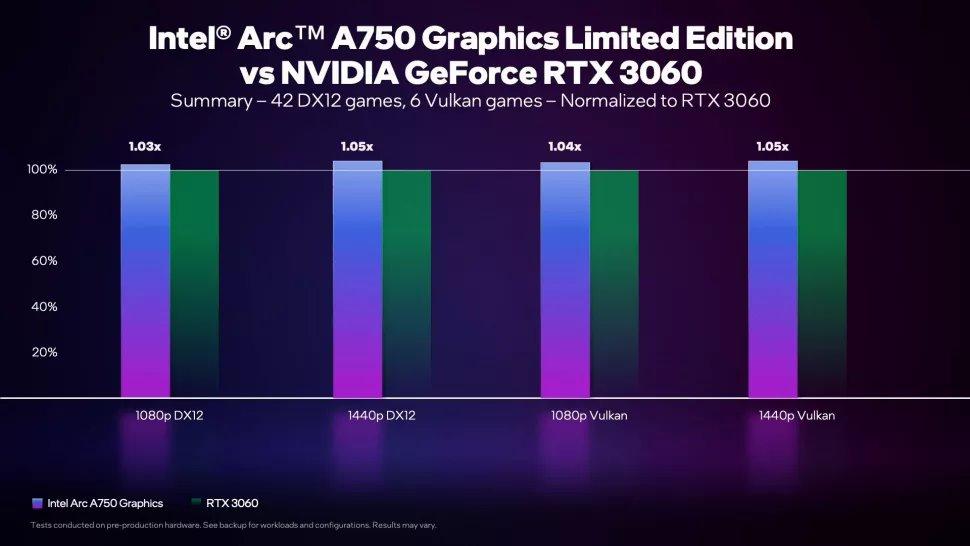 We do not know the specifications of this graphics card, as the company has not revealed them. Speculation speaks that the Arc A750 would have 24 Xe Cores, which is equivalent to 3072 Stream Processors. It would be accompanied, according to rumors, by 12 GB GDDR6 with a 192-bit memory interface.

It seems that Intel uses the same “trick” as AMD in its graphics cards. AMD (and Intel) graphics have fewer Stream Processors than NVIDIA CUDA Cores, but they are comparable in performance. They achieve this by greatly increasing the working frequencies , hence the performance is equal.

According to Intel, the Core i9-12900K , a Corsair Dominator Platinum RGB DDR5 @ 4800 MHz 32 GB (2×16 GB) memory kit and a Corsair MP600 Pro XT 4TB SSD have been used for the tests. We have to say that it is a rather absurd configuration for graphics cards that are somewhere between the entry and mid-range range. A Core i5 or at most a Core i7 would have been more realistic. 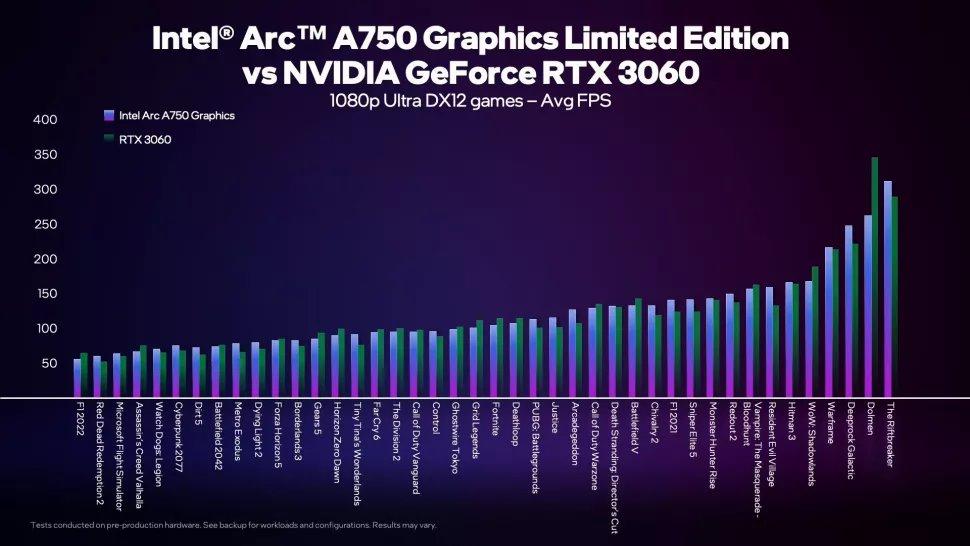 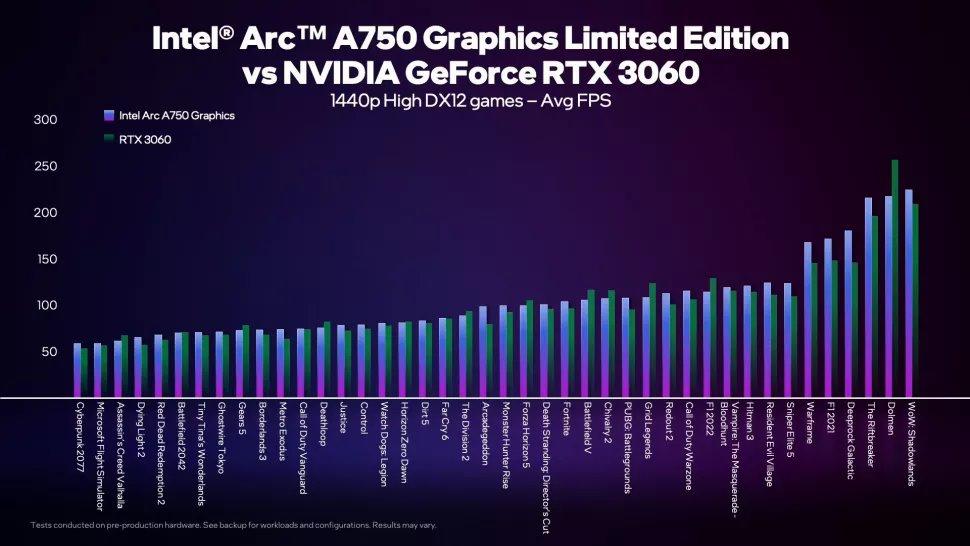 As always, the data offered by manufacturers usually have a certain trick. Then we must see in more realistic environments how these components perform. When they are released and we see the first benchmarks, we will really see if they measure up or not in reality.

Then there is the price factor of the Intel Arc A750 graphics card. If it really comes out at a price of over 300 euros, as has been speculated, it could be sold very easily. We would talk about a difference of about 150 euros compared to the NVIDIA RTX 3060. But of course, Intel has not even said the launch date at the moment, it has only been said that it will arrive by the end of the year.

Also, NVIDIA is planning to launch the RTX 40 Series by the end of the year, so we will see the situation again then.