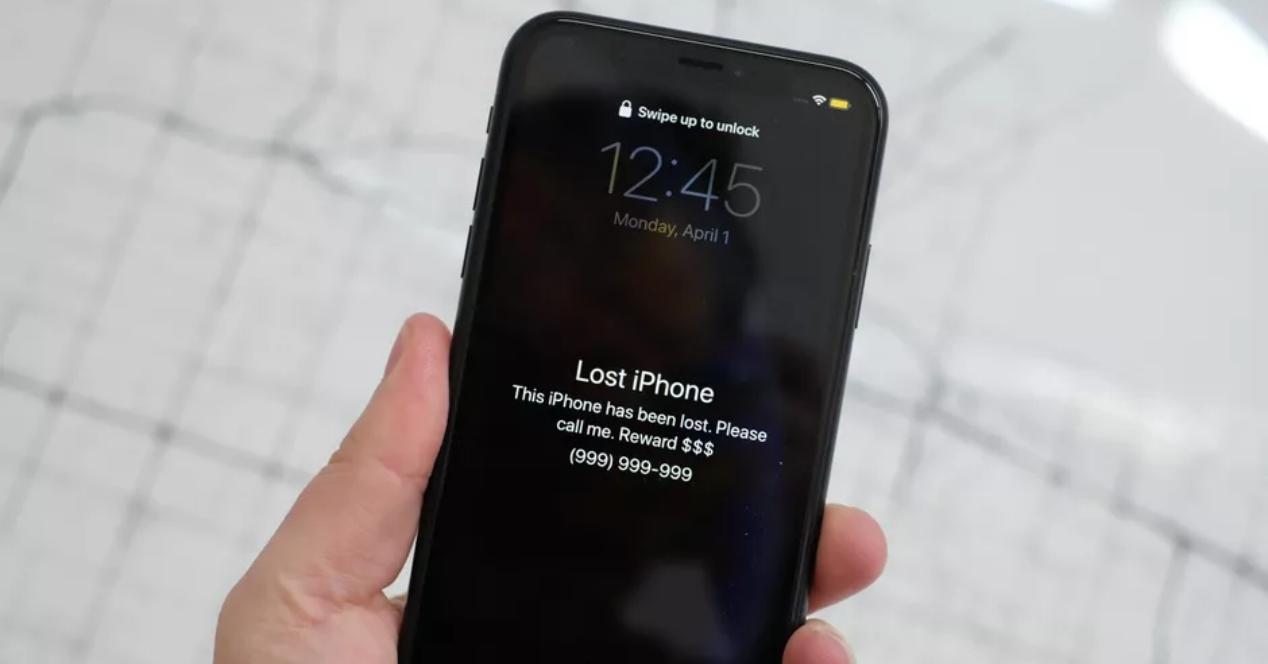 We probably all have more or less clear what to do if our iPhone is stolen or if we lose it on the street or in a public establishment. However, the guidelines to follow are not so clear if we are in the opposite position and we have found it. In this article we will shed some more light on it, in case you are in that situation or may be, know how to act correctly.

Even if you want it for yourself, that iPhone will be a paperweight

Finding objects of as much value as an iPhone can be a very sweet tooth. Make no mistake, it will surely cross your mind to keep it. After all, you haven’t stolen it, so it hasn’t come to you in an unlawful way either. However, you must put yourself in the situation of the other person, and it is that beyond the economic value of the device, it is likely that the iPhone contains very important personal data for the other person, to which is added the sentimental value that it gives to the device that person itself.

The iPhone will probably have a security code that will prevent you from accessing it and restoring it to put your data. And being linked to an Apple ID, the owner has likely blocked it and is completely inaccessible. Even the FBI itself has had a hard time unlocking an iPhone in these cases, so you should scrap the idea of getting it functional. The device will ultimately be a nice (and expensive) paperweight that won’t do you any good at all. Also discard the idea of selling it, since in the end the one who can get into trouble is you. These phones are highly valued in the second-hand market and you are probably not interested in buying them, but keep in mind that if it is blocked they will be able to check it instantly and they could even report you. Therefore, this is not a recommended way to act either. And, as you will see, we not only discard these options for wanting to act with good ethics, but it would make little sense to do so even for those who wish to act in a dishonest way.

Notice to the owner, police and Apple itself

If the owner blocked the terminal using iCloud, a way to contact him will appear on the screen. Either a phone number or an email. It is advisable that you contact him and comment on the situation so that you can return it to him as easily as possible. Do not be afraid of retaliation if you think you stole it, because in the end the person who lost it knows that it was so and will not treat you like a thief. Would a thief return objects to their victims just like that?

If the iPhone is not locked or you do not have the necessary information to contact the rightful owner, it is recommended that you call Apple and turn the device over to the police. The person who lost it probably contacted the company and they have a record that the iPhone had been lost, so it will be easier for the owner to get it unlocked again when it is back in their hands. And the fact of going to a police station will mean that, if there is a complaint about the loss, the agents can contact the complainant and return the phone. It must be said that your performance could be totally anonymous without committing yourself in any case. Yes, it is possible that the police collect your data in order to create internal reports, but they will not use it to report you and they will not provide it to the original owner, so you can rest assured in that regard because you will have acted in the best possible way. and always with honesty as a flag.