The Internet is full of content, as surely many of you will already know first-hand. Hence precisely a good part of its usefulness, since we can find all kinds of photos, videos, documents, information, courses, etc. Likewise, it can also serve as a complement to education or learning, even mathematics.

It is that, for many more difficult and complicated students, but in addition to what books and teachers can teach us, the internet offers us a wide variety of helpful content. And not only the internet, but current technology tries to help us in many ways. This is precisely the case in which we want to focus on these same lines, especially for those who have some problems with mathematics. When we talk about internet browsers we refer to a series of programs installed on most of the current computers. Either on the PC or on the mobile we need software that acts as a platform between the internet and our team. That is precisely where these software solutions come into play, with Google Chrome at the helm. However, little by little there is a proposal that does not stop growing and that is part of the list of solutions of the giant Microsoft. Specifically, we refer to the new Edge that replaces the classic that was launched with Windows 10 .

In fact, this is a program that is characterized by receiving new features every so often from the software giant. All this in order to attract customers related to the competition, as is happening at the moment.

What is Edge’s new math function

A clear example of all this is found with a new functionality that Microsoft has just released to the stable version of its browser. At first it received the unattractive name of Mathematical Solver, a tool that is sure to be very useful in many cases. We already told you before that the amount of content that we can find on the net is almost infinite, including a multitude of elements related to mathematics .

These can help us to learn to handle ourselves in these environments and with these mathematical objects, to carry out different tasks, whether they are student or professional. Be that as it may, at first we should have some knowledge in the matter. But in the event that we are a bit lacking in that knowledge, now we are going to help you through the Microsoft browser. It is worth mentioning that this function we are talking about is based on providing us with a kind of calculator for mathematical problems directly and automatically.

In fact, we will have the possibility to perform mathematical calculations directly from this new function in two different ways, as we will see below.

Solve mathematical functions and operations from the Microsoft browser

At this point and knowing the main objective of the new Edge function, it should be mentioned that a priori and by default it is deactivated and we will not see it in the main interface. Therefore, if we are going to need to make use of this regularly in the software giant’s program, first of all, we are going to see how to activate it. At the same time, what we are going to achieve is to create a new icon that will be located to the right of the address bar to access the mathematical solver directly.

Activate and use the math function of the browser

As we have mentioned before, the first thing we are going to do in this case is to activate the functionality as such. To do this, we start Edge in a conventional way and go to its main menu. The corresponding button is located in the upper right corner of the program’s main interface and is represented by three horizontal dots. We only have to click on it to then select the Configuration option. Thus, in the new window that appears on the screen, specifically in the left panel, we click on the Appearance section.

We take a look at the right panel now to locate the section where we customize the button display on the toolbar. Therefore, we only have to locate the selector located next to the entry called Mathematical Solver Button. 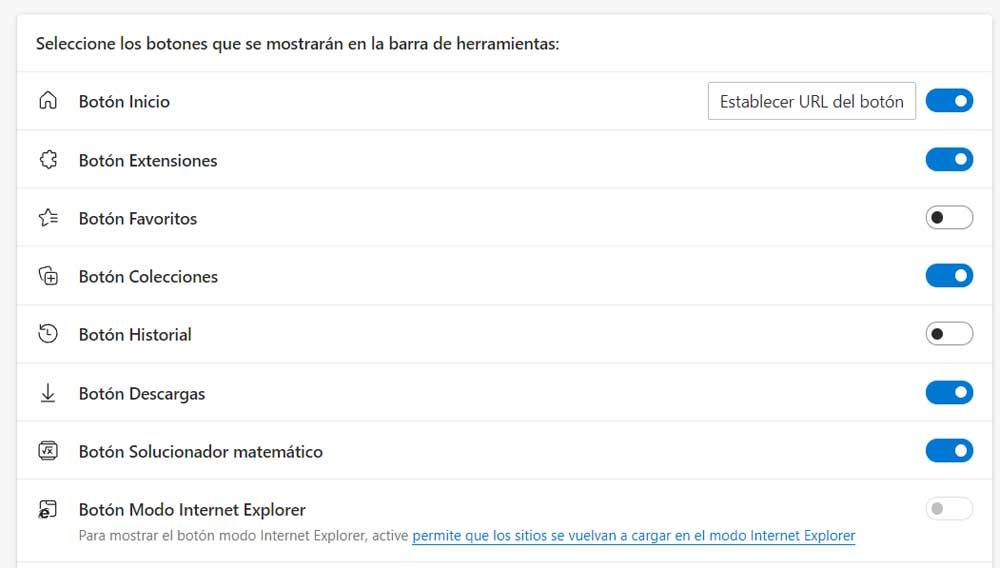 From that moment we will see that a new icon has been created that is located to the right of the address bar of the main Edge interface. As you can imagine, it will help us to put into operation the mathematical characteristic that we are talking about.

We already mentioned that this new feature included in Microsoft’s browser has two modes of operation. Once we have started it, we only have to click on the corresponding icon that has just appeared. At that time we will see a new box on the screen that is located on the right side of the main interface and that corresponds to this function.

It explains in a summarized way what it does, that is to say, solve math accounts and functions that we find on the internet or that we introduce ourselves. To use the automatic mode in the lower part of this box that we have just found, we click on the Select mathematical problem button. At that moment we will see that a selection box appears to mark with it the operation that for example we see on a certain website. 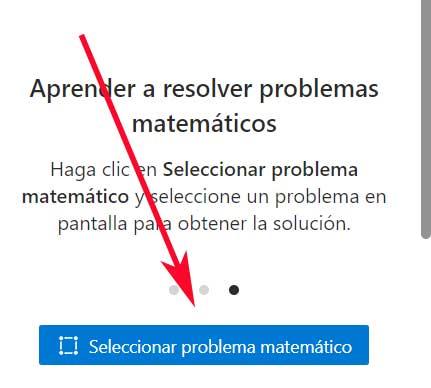 At that moment we will have the opportunity to point with the mouse on the loaded web the mathematical operation that we want to solve. Once we have marked it, a button will appear on the screen that says Resolve so that the results appear in the aforementioned right panel.

We will now be able to obtain the results of the operation, as well as a drop-down list with the steps that have been taken. All of this will be of great help to us when it comes to learning and doing better with mathematics.

Use the math solver manually

But it is not essential that we find these formulas or calculations on a website that we visit. We also have the possibility to enter the terms and formulas manually in the functionality. Once we have started it through the corresponding icon, we only have to click on the button Write mathematical problem . 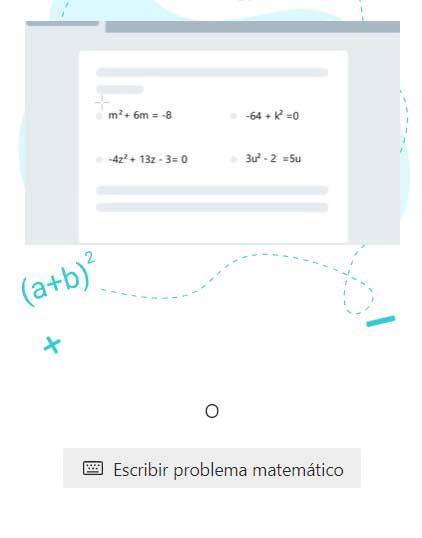 At that moment, a keyboard similar to that of a calculator will appear on the screen with its corresponding numbers and some mathematical functions , how could it be otherwise.

All this will be of enormous help to us when defining our own mathematical problem so that the browser itself can solve it. The results display mode will be the same as the previous one, with the difference that now we have had to enter the operations manually.