Most PC users prefer to install and use Windows, Microsoft‘s operating system. But when looking for other alternatives, there is no doubt that the most interesting is to opt for an open source system , that is, a Linux distro like Ubuntu.

Here we have a wide variety of distributions to choose from. Although their core is very similar, in most cases each of them is characterized by something. In this sense, we can make use of safer, lighter Linux , developed for professional use, or for certain specific tasks. Therefore, we could say that Linux has been the best alternative to Windows for years, with Ubuntu being one of the most popular distributions. In fact, many users use both proposals simultaneously depending on the type of use they make of the PC. At this point, it may be that some are wondering about running Windows .EXE programs on Linux . This is common among those who have recently migrated from Windows to an open source distro. The main reason for this is obvious, and that is that by now they are used to using the applications that normally run on the Microsoft system.

If we want to find a direct answer to this question, we can say that yes, we do have the ability to run EXE files on Linux . In addition, we can point out that it is not as complicated as it seems. Of course, before executing the EXE files in a Linux like Ubuntu, it is important that we know that this is a file that contains the necessary commands for the computer to carry out certain instructions. Thus, the system compiles these to follow the included instructions. The most common executables are EXE, BIN, and COM on Windows.

How to run Windows EXE files in Ubuntu

To say that the internal differences of the operating systems are the reason why one does not support the executables of another. With everything and with it, Ubuntu users can easily solve this problem, as we will see. On the one hand, we will always have the possibility of using software in the form of a compatibility layer such as the popular Wine . This allows us to run EXE files on the open source system without any problem. 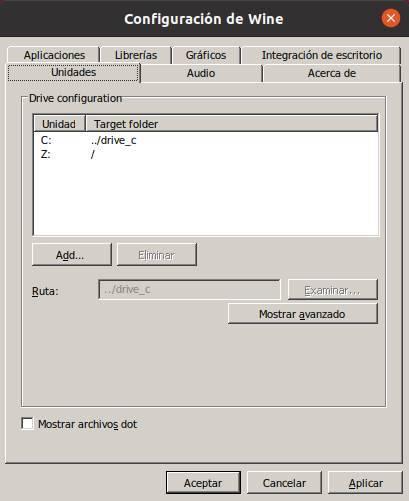 It must be said that Wine cannot be considered as an emulator, since it does not run EXEs in a Windows-like environment built on Linux. Instead it simply converts the Windows system calls to their equivalent POSIX commands. In this way it converts the system calls, reforms the directory structure and provides us with specific and necessary libraries for Ubuntu. Also, you have to know that installing and using Wine to use Windows executables in Ubuntu is very simple. Once installed, just use the following command:

At the same time, those who want to run Windows game files can opt for the PlayOnLinux program. And that’s not all, since another interesting alternative to achieve all this that we tell you about is to use a virtual machine . For this we can make use of applications as important as VirtualBox for example. This allows users to install a secondary operating system that runs inside the base system.

In this case we could use, through the aforementioned VirtualBox, the version of Windows that we want in Ubuntu and run all its programs without problems.