Tesla has proven to be a company that breaks the mold in the engineering industry. From electric powered cars to renewable energy solutions, the company has delivered well on its mission for a cleaner world. And in what has to do with its recharge, too. But, what is the time it takes to charge the battery of an Elon Musk brand car?

How is the recharging of the Tesla There are usually three main questions that many ask themselves about electric cars, in general. Its price, autonomy, but also the times we will need to charge its batteries . This is a key question that will allow many to know if they are ready to make the leap to electric mobility.

The recharge can be divided into three sections. From slow charging, the one we would do in a conventional socket where we connect our computer or our washing machine, through accelerated public points, to fast sockets, capable of accessing high power. And in those, with Tesla cars this is also something different.

In any case, it is true that finding a place to charge the batteries of an electric car is usually one of the problems that this type of unit presents, especially in a country like Spain where the infrastructure is still clearly deficient . But, if we do, those of Tesla have their times.

Where can they be uploaded?

Electric cars are one of Tesla’s pioneering innovations. With its Roadster model in 2008, Tesla kicked off its production of electric cars. Years later, the Model S was launched. Combining safety, performance and efficiency, the Model S proved that electric cars had nothing to envy to gasoline and diesel vehicles.

The icing on the cake is the Model 3. With a lower price and high volume, it outperforms its predecessors in many ways. And what recharging its batteries is based on, too. And it is that this is a sedan of 1.9 tons of weight can travel 567 kilometers per full charge, which is still a long way compared to its competitors.

This is where we say that this question is a bit complicated to answer, since there is no single value . For now, these cars can be loaded at two different sites. These are in the common stations, like the rest of the electric cars, but also in those that are expressly directed to them, the Tesla Superchargers . 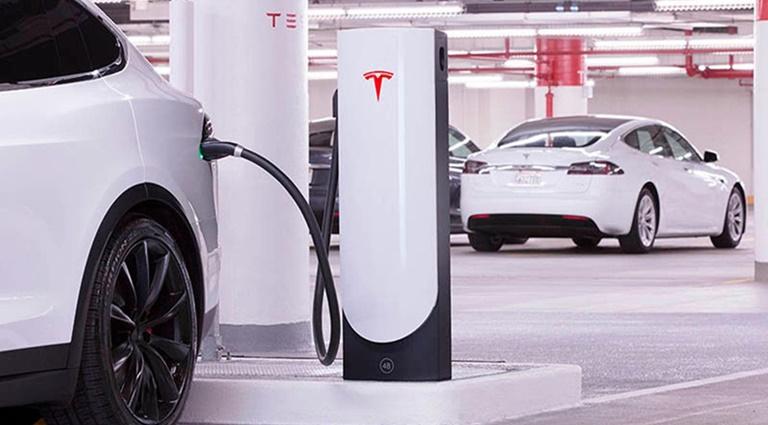 These are stations that offer the fastest charging on the go, as well as being designed to get the driver back on the road as quickly as possible. In addition to the possibility of accessing these systems at any time, Tesla ensures that it has a network of 30,000 stations around the world, located on the main routes and close to the most convenient services.

What times do they have

Thus, if for example we see it from the point of Model 3, it can be recharged to a maximum of 150 kW of power in direct current and 11 kW in alternating current regardless of the version with all-wheel drive, since the energy accumulator and its feeding system are the same for both. These are their times depending on the section.

A key consideration to remember is that the charging of any electric car depends on and varies with the type, network and power capacity of the charging unit. It also depends on the load capacities of the vehicle itself.