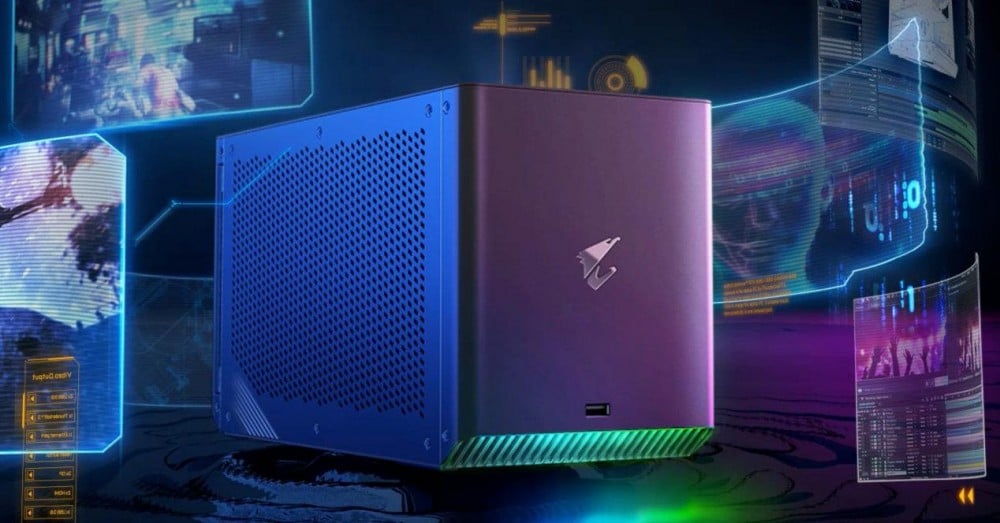 One of the most promising bets since its introduction has been the use of external graphics cards in laptops. The problem is that they have not yet awakened as expected, but there are brands like Gigabyte that continue to try and a sample of this is their recent external GPU with liquid cooling and an Nvidia RTX 3080 Ti.

Gigabyte announced a new graphics solution for its laptops, an external GPU that stands out for the graphics card itself used as well as for the cooling system that will make this beast in power not go overboard on heat issues: the Nvidia RTX 3080 You .

The new external graphics solution from Gigabyte is not new in terms of proposal, the manufacturer has been offering this type of options for some time that seeks to provide greater performance in everything related to the use of GPU calculation in compatible computers.

With the arrival of this Nvidia model, the RTX 3080 Ti, the brand further completes its offer by already having models that also integrated the Nvidia RTX 3080 and RTX 3090 graphics. Of course, this option that in terms of performance would be located Among the other two models, it also stands out for the liquid cooling system that will not only be more effective than the usual ones through heatsinks and fans and in theory also quieter.

Of course, the price does not expect it to be affordable. Because there are still chip supply problems and because it is a high-end solution. So taking into account solutions that are already available in the market, it is easy for it to be around or exceed 1,400 or 1,500 dollars .

In order to use this graph, the computer to which it is going to be connected will have to have a Thunderbolt 3 port, an essential requirement for managing all the information that it is capable of generating as well as that which may arrive through the use of the USB 3.0 connectors. type A that integrates, the Display Port 1.4 outputs or the HDMI 2.1 ports.

As you can see, the external graphics are very striking, they have always been since they were launched for the first time a few years ago. Even so, and knowing that many laptops are sold, they are something that does not quite take off. Why?

Well, the first and most obvious reason has been the lack of support for the different operating systems. Neither Linux nor macOS nor Windows managed to give them the integration that was expected from the beginning. Only Microsoft‘s solution was fairly close to it and it has practically cost it so far to get it right. In the case of macOS it is even worse, because the company announced the external GPU of Blackmagic Design during its keynote and then the extra performance that it provided was limited to DaVinci Resolve and not in all tasks.

The second big drawback has also been the price of the box and the GPU in case it doesn’t come already. That made the total expense for many users too high and uninteresting compared to opting for an additional desktop. An option that had its disadvantages of course, but also the benefit that for a similar price the wear and tear of each computer (laptop and desktop) was reduced so that the useful life was increased and the investment was more amortized.

Even so, some brands have continued to try and one of them is Gigabyte that continues to do so with this model. Let’s see if they will soon achieve an interesting balance and we begin to see them as a real option for the vast majority. Because those of us who work with laptops want to have the possibility of having something light when we go out and maximum power when you are at home or at the office.