Nowadays it is really difficult to find this terrible effect on PC, but it is true that many times certain panels by focusing on a specific parameter end up creating the dreaded and hated Ghosting effect. Do you suffer it? Do you know how to differentiate it? And above all, how is it solved if we have a monitor that produces it? Let’s see.

Ghosting is one of the most damaging effects for the eyes of any player and also creates a horrible sensation when playing, and can even cause motion sickness in more than one person. If you do not know what this effect is, it is normal that you end up taking it for everyday and you may even ignore it based on your brain avoiding it and getting used to it, but it is not at all good logically.

What is the ghosting effect?

The problem with ghosting is that people generally confuse two terms that are better understood in English: image ghost and ghosting . Why is this happening? Well, it has its logic, since everything is called after the second and does not differ from the first although they are totally linked.

Ghosting is an effect that has different sources as reasons for it to occur, but that in its entirety results in an image with a drag movement that produces a trail of it to a greater or lesser extent, especially at the edges of the image, object or item on the screen.

That is, in a moving image we will have its sharpness and a trail that is dragged by the first one. In an FPS-type game if we move the mouse from side to side very fast and there is a lot of ghosting, what we have is a blurring of the image at the edges that is very evident and unpleasant.

Why does ghosting occur?

Basically the ghosting or ghosting effect is due to the response time of the monitor panel pixels versus the refresh rate of the monitor. As we well know, both times are different and therefore there are multiple adverse effects due to this.

When the response time and change of pixels is greater than the time it takes for the panel to refresh the image with a new FPS, the image has that ghost effect that will be more pressing the greater the difference between those times.

In televisions it is also attributed to the fact that the signal is arriving at certain times later than the panel shows the image already worked by the video processor, since we are talking about milliseconds of difference. This may be due to simply a signal problem, an antenna with less pickup, or that the panel is not as fast at changing pixels.

Returning to PC monitors, an asymmetric transition of the pixels between colors has one more problem, and that is that it does not take the same time to change between one color and another, that is, the same time is not applied between A and B, that between B and A. A practical example would be the change from red to blue and from blue to red, where the times are different and therefore in certain scenes we could see more Ghosting than in others.

Is Ghosting the same as Motion Blur?

Obviously not, but a poorly trained eye can confuse them. Both have a component that produces them, called Pixel Response , but the effect produced is different. In ghosting the image creates a trail, a shadow of the first one that drags it with each movement, while in Motion Blur there is a blurring of the image where it loses sharpness and also occurs at all vertices and edges equally.

In Ghosting the sharpness of the image does not vary, in Motion Blur it does, while the latter does not generate trails and the former can be incredible on monitors with a very high response time GAP.

Does it have any adverse effect on the monitor?

No, it is not a Burning type effect that deteriorates the monitor or its use. It is an effect that simply occurs and will continue to happen as long as we do not put a partial solution to the problem, although sometimes nothing can be done and it depends on the specific monitor.

But in any case, it is not a manufacturing defect as such and nothing will happen to the panel or the monitor itself. It is more aimed at the quality of the panel and monitor manufacturer (especially the latter, who is in charge of testing and assembly) than anything else and no, RMA cannot be processed for this unless it is already somewhat disproportionate to a failure of the panel itself to the point that it looks like Neo’s shadow in the Matrix when he dodges the agent’s bullets.

What is the solution to ghosting? 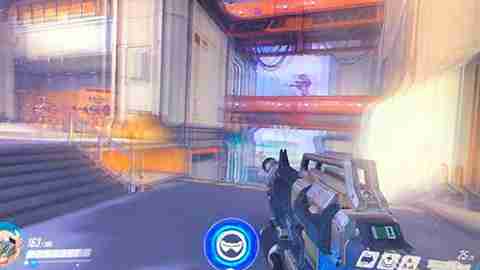 Well, from the point of view of the user it is really difficult and in many cases it is not solved, although we promise to make an exclusive article to deal with this issue, because there is logically crumb. But from the point of view of the panel the only thing that could be done is to synchronize the response time of the pixels in their entire scale and color gamut (or be directly faster) with the refresh rate of the panel.

We have to say that Ghosting occurs more when the monitor panel is cold, since the pixels take longer to change from one color to another, so if you notice that your monitor gets very hot, it is possible that the manufacturer is playing with do this to avoid this effect. It’s also possible that it’s due to a state-of-the-art G-SYNC module like the Ultimate and their certification, but that’s another story entirely.

In any case and as a palliative measure, a monitor with FreeSync or G-SYNC in any of its variants is less prone to ghosting, especially if we talk about the green module in its two versions and for obvious reasons. As always, you can use the famous ufo test to check how your monitor behaves and know how to differentiate the effects.