For several months now, and for several very important reasons, the Adobe standard, Flash, which has been with us for so many years, has finally stopped receiving support. This has been a decision made both by the software giant that created it, and by many other companies that took advantage of its possibilities.

However, this is a standard that despite having offered us a multitude of platforms both professional and leisure-related, in recent times has declined a lot. One of the main reasons for his disappearance was given by everything related to security. And is that for the attackers the latest versions of Adobe Flash became an excellent vulnerable element to exploit their attacks. To all this, we had to add the enormous market penetration and number of users that all this had. That is why it became a good breeding ground for computer criminals to access our computers and data in one way or another. However, we cannot deny that, despite its disappearance, it still takes a long time for us to forget about this standard forever.

And whether we like it or not, especially on the internet, Flash was widespread and in a more than acceptable way. Although at the moment there are several very interesting alternatives, which are commanded by HTML5 , they still have to improve in some sections to make Adobe’s proposal forget. In fact, next, we are going to talk about some improvements that the aforementioned HTML5 standard must add to definitively overcome the old one.

HTML5 must improve in 3D

Most of you have been aware for many years that the missing Flash has been used for years to make animations on many websites. However, at the moment the new standard far exceeds it in terms of power in these struggles. At least when it comes to 2D animations , since the standard that is no longer with us still has some advantages in everything related to 3D animation.

But we cannot forget that while one of the standards has already disappeared, the other is in full growth. That is why it will soon catch up with and surpass its predecessor in this type of graphic design.

Flash documentation is much older

Of course, both for end users and especially for developers, the documentation that we can find for Flash is far superior to that of HTML5. But this could be said to be the law of life, since we repeat the same thing as before, one standard has just died and the other is in full growth right now.

It is for all this that most users, both dedicated to software and platform development, as well as other tasks, expect this situation to be reversed sooner rather than later.

Another important section that we must take into account in this regard is everything related to compatibility. It must be taken into account that over time the standard that has already disappeared is used in both professional and leisure-related environments. Therefore, this software should be compatible with programs that can reproduce it without any problem. 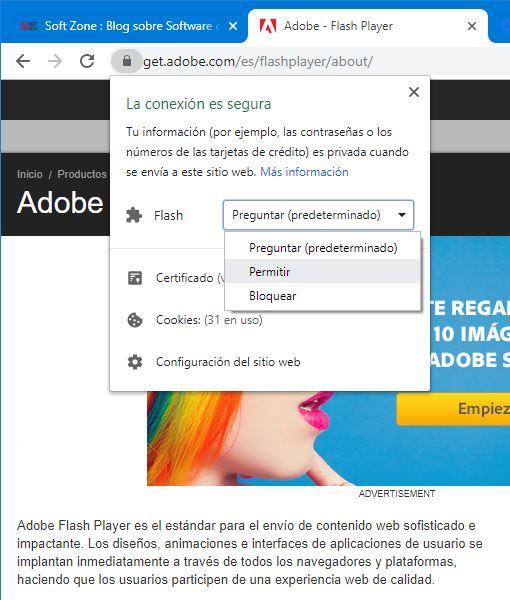 At this point we tell you that at the moment the HTML5 standard is still incompatible with the older browsers that we can dip into and use. Contrary to what happens with the aforementioned, we do not know if this will be solved, since these older browsers are doomed to disappear.