For some time now, web browsers have become an excellent alternative when it comes to opening and viewing PDF files. They are programs that are in most computers and that we have open almost always. This extends to most applications of this type, including, how could it be otherwise, Microsoft Edge .

This is a relatively more modern browser than most of its competitors, but one that wants to overshadow the larger ones. It seems that with Mozilla’s Firefox he has already succeeded, now he is going for the almighty Google Chrome. For all this, Microsoft does not stop improving this project in which it has placed so much hope. Well, now we can tell you that the Redmond firm is already testing the possibility of adding text in the PDF documents that we open here. It is obvious that we are going to achieve all this without the need to use third-party applications.

Edge allows you to add texts to PDF files

There is no doubt that Microsoft knows perfectly well that if it wants to compete head-to-head with Google’s program, it has to get ahead of Chrome with new functions. With all this, what he intends is to convince users to migrate to his proposal over the months. Dealing with files in PDF format is a great asset to follow, and the Redmond people know it. That is why some of the users who update to the latest version of Edge Canary will already be able to try the new feature that we have mentioned.

Specifically, we refer to the capacity that allows us to add text to documents in PDF format that we have previously loaded into the program. And it is that the firm has listened to the suggestions of its users and is now adding a long-awaited function that allows us to add texts to a PDF. In this way we save ourselves from having to use third-party applications for these tasks. It is worth mentioning that this improvement comes to Edge for both Windows and macOS. 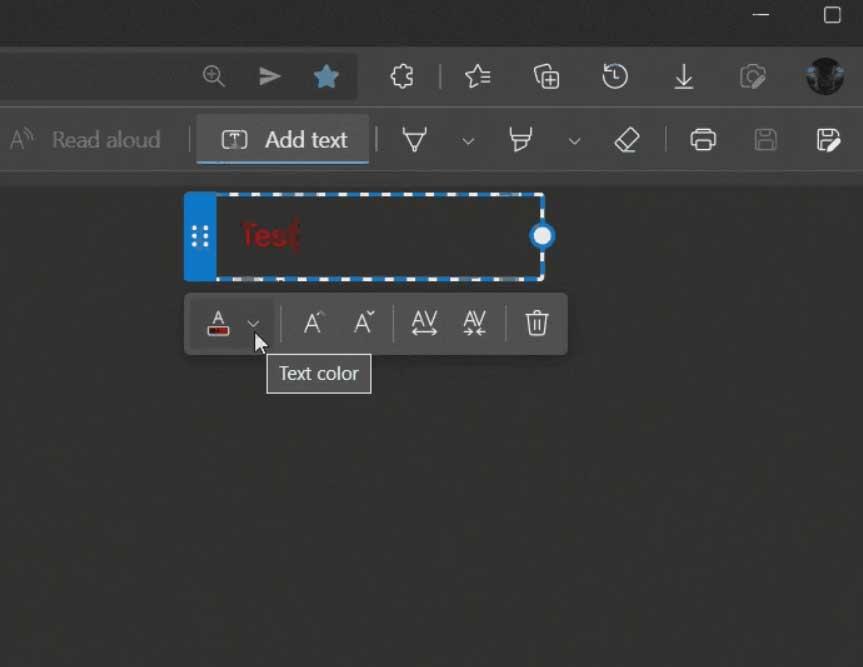 Something that we must bear in mind is that the new function is arriving selectively. This means that even though we have updated Edge Canary to version 94.0.995.0, not all users already have the new feature.

How to test the new PDF feature in Edge

In this way, those who have already received the function in their Edge Canary, will find themselves with a button called Add Text. Until the date of the program, I was able to open and display the contents of a PDF . In addition, we could perform underlining and some other basic task. However, we could not add texts , as is now the case in the latest version.

It is also important to know that we can give a certain format to this new element, we mean choosing a color for the text, or its size.