There has been a lot of talk in recent times (and more so after the official launch of the SONY mobile adapter) about a possible portable PS5, a portable console that would compete directly with Valve’s Steam Deck or with the famous Aya Neo Next Pro. No However, could a hypothetical portable PS5 console really compete with the Steam Deck? Let’s see it.

PCs in the form of portable consoles are very fashionable in recent times, as they not only allow you to have your PC games wherever you go comfortably, but also allow you to do anything else you can do with a PC, since in essentially carry Windows operating system. However, the hypothetical portable PS5 would be just that, a console to play anywhere, which gives it less versatility but greater optimization. We are not going to compare the raw power in TFLOPs of the consoles, nor to analyze their internal hardware simply to determine if a portable PS5 could compete with the Steam Deck, but we do have to take into account the physical limitations that SONY would have to integrate powerful hardware into a device of this depth. From our point of view, the key for this to be possible would be the screen, and more specifically the resolution of the screen , and that is that, after all, the resolution has a lot to do with the necessary power in the device’s GPU. 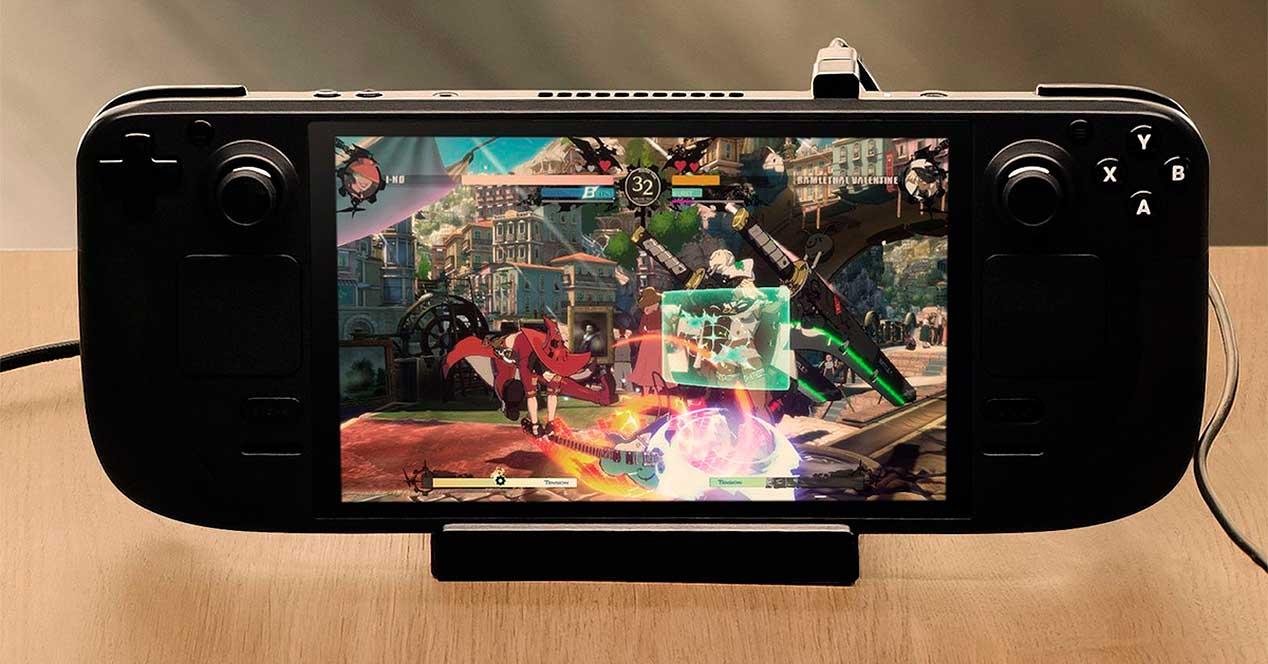 The Steam Deck has a resolution of 1280 x 800 pixels on its 7-inch screen, and for example we have the Nintendo Switch OLED with 720p resolution. The same would have to happen in the PS5 Portable if SONY wants it to have decent gaming performance, they would have to mount a relatively low resolution screen or else they would need too powerful hardware to be able to run games, which would mean a larger size (due to its cooling system), more heat generated and higher consumption, something that is not interesting in a portable console.

Then, as for the hardware necessary to move the games, if we take into account what has already been mentioned (that the console would be that, a console and not a PC in the form of a console) they would not need to integrate excessively powerful hardware either, and as Valve has done with your Steam Deck, with an APU would be more than enough to be able to move the games at good frame rates per second. In fact, and thanks to the optimization that they have, with less powerful hardware, SONY could actually achieve a higher performance than Valve obtains in the Steam Deck.

In this regard, software would be the key: Valve runs a custom Linux distribution, and apart from not all games running on their Steam Deck, optimization is sometimes conspicuous by its absence. However, with SONY’s optimized software, as we have already mentioned, they could have better performance with the same hardware, or they could even save costs by integrating less powerful hardware. For this reason, the answer to the question is that yes, a hypothetical SONY PS5 Portable should be able to compete without problems with the Steam Deck, and even surpass it.