Just a few weeks ago we were spectators at the launch of Microsoft‘s new operating system, Windows 11. Expected by many and rejected by others, the truth is that this is a software that has created both expectation and controversy for various reasons.

One of the sections for which it has received the most criticism has been for the minimum requirements demanded by the firm. Microsoft wants this to be as secure an operating system as possible, which is why some modern computers don’t even meet the requirements imposed. Leaving aside more technical sections such as the TPM that has been talked about so much these weeks, now we are going to focus on the minimum RAM. And, just as some of the most current computers do not meet certain requirements, other older ones do, at least on paper. With this what we want to tell you is that among the minimum requirements of Windows 11 , Microsoft asks for at least 4 GB of installed RAM. Keep in mind that in these times this amount of RAM may be a bit tight, so many might wonder if it really is enough.

In addition to the aforementioned RAM, another requirement is to have at least a dual-core CPU. Despite the trend of the latest computers released, today millions of users still have computers with 4 GB. Taking into consideration what was requested by the software giant to use Windows 11, many of these could consider the possibility of installing the new system.

The first thing we must know is that no matter how tight these internal specifications are, if the PC meets the required requirements, it will be valid to automatically install the new system by Microsoft.

This means that initially we will not have any problem to migrate from an older Windows to this one. In fact, we can say that we will have the ability to start the new Windows 11 and start working with it. In this way we can say that those who have a computer that meets the requirements and has four gigabytes of RAM, will be able to use this software. At the same time we will not have any problem when performing certain office work , surfing the internet, and carrying out light tasks. 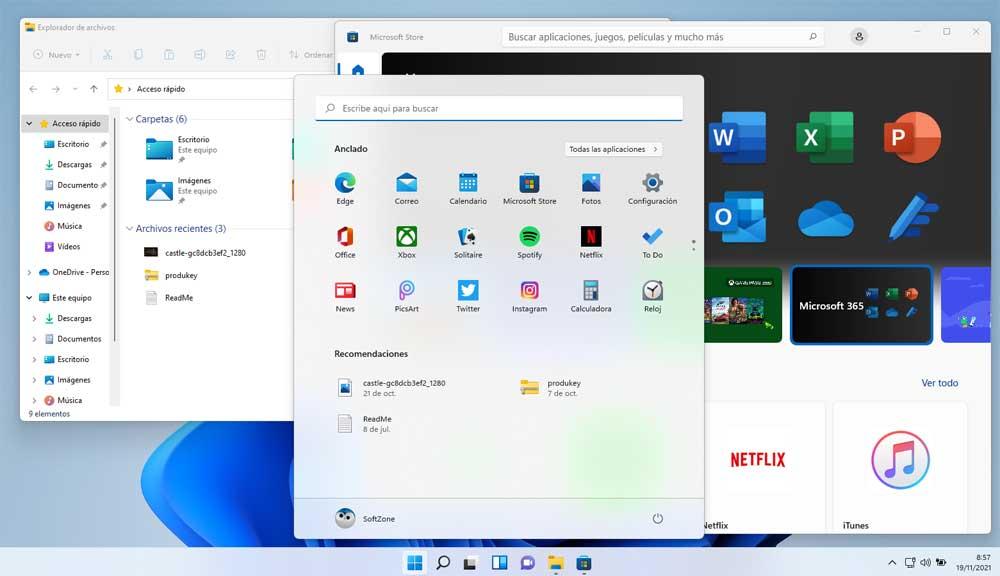 However, the problems will start later, for example, when we try to run several programs simultaneously. The moment we start working with somewhat more demanding software, the team will begin to collapse. We must bear in mind that as soon as the PC starts up in this case, the RAM consumption from the beginning is already around 80%. This helps us to get an idea of how close this minimum requirement is.

How much RAM does the system really need?

We have already commented before that for example we can surf the internet, but with limitations. To give us an idea, open more than three or four tabs in Google Chrome at the same time so that browsing becomes exasperating. That is not to mention the multitasking functions that we generally carry out on a system like Windows. If we talk about more demanding design or video editing programs , we can open them, but working with them may be something we want to avoid.

In short, despite the fact that Microsoft establishes a computer with 4 GB of RAM as a minimum requirement, it is not recommended at all. We can start the system, yes, but we are hardly going to be able to work in a functional way with our applications. Therefore, we could say that the minimum established should be 8 GB, although we can go up to 16 GB, we can already enjoy the new Windows 11 to the fullest.