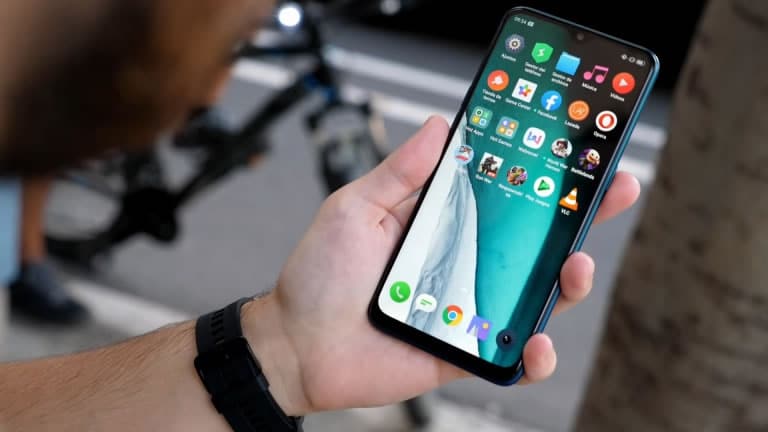 Within Realme‘s small mobile catalog, we have proposals for all tastes and needs. Regardless of what we need most, we will find a mobile that suits the budget we have available. The firm has managed to create a series of very attractive devices in its aesthetics and also in terms of prices.

The Three Wise Men are increasingly accustomed to bringing mobiles and technological devices, among which this year there will be many Realme models, given their high performance and their price content, which makes it the new leader in the price-quality ratio.

Realme mobiles for less than 200 euros

Snapdragon 710 to meet the most demanding at the lowest price, in addition to a battery of 4,045 mAh that will be enough to last all day. A complete equipment with double rear camera of 16 Mpx + 5 Mpx and in its front part with a front of 25 Mpx to get the best selfies even in low light situations.

With an attractive design and betting on reflections it offers a touch of color to each area of the device. It is a perfect smartphone for those who want a complete terminal for a reduced price, even for the purpose of playing demanding games, starting from 179 euros it will be difficult to find a more adjusted option in this price range. In our next option marked by the price, we find the Realme 5, a smartphone that bears similarities to the previous one, but also offers us a battery larger than 5,000 mAh and four rear cameras of great versatility. Its processor goes down to become the Snapdragon 665 , with slightly less power but equally capable of meeting our demands, although not so much in the world of games.

We found lenses for each situation, with a wide angle another lens to get the best blur, one more for the macro and a main lens of 12 Mpx with which to capture every detail. All this for a reduced price of 169 euros , an interesting proposal for those who think about photography and battery. Design in glass and the best in both the processor, as well as cameras is what Realme 5 Pro offers us. We find the two aspects in which the previous models united in this stand out, with the Snapdragon 712 that will offer us very good results in games and in the most demanding applications or process.

We also have four cameras led by a 48 Mpx lens with AI , along with a wide angle to get the best landscapes on our mobile. Its 4,035 mAh battery will bring us the end of the day without problem, all this for a price of 199 euros . Realme mobiles for less than 300 euros

We take a leap in quality to get to know Realme’s proposal below 300 euros, a price range in which the competition has very good options, but for which Realme has been able to prepare conscientiously.

If you are looking for more for less, Relme has the processor designed for the most gamers, the Snapdragon 730G, together with a 30W fast charge that will allow us to never be without a battery. If we mention its design, really attractive to the eye, we can not forget the fingerprint reader integrated on the screen, with the greatest security and speed of unlocking.

As for the cameras we also find the best to date, a 64 Mpx sensor in the back and a 32 Mpx front, brighter and larger lenses that are completed from behind with an x2 zoom that can be increased in a hybrid way. This device starts from 289 euros with its 128 GB of internal memory and 8 GB of RAM, being an option that we must take into account.

Realme mobiles for less than 400 euros

Finally we reach the last price range in which for now Realme makes us a proposal to give away for the Magi. A price range more difficult to achieve, but as we will see it may be worth it if we need everything the firm proposes in comparison to its previous model , the Realme X2.

The flagship of the company with the best equipment we can find, starting with a Snapdragon 855+ processor and a main lens of 64 Mpx with which the photographs will not be what they were. Its 90 Hz SuperAMOLED screen offers us the sharpness, speed and feeling that everything flows.

As for the battery is not less, since we have a fast 50W charge that allows us to fill the battery in just half an hour, making us completely forget what it is to be under minimum. The perfect mobile for the most demanding, those who want to play the best games, will get the most versatile photographs and face the hybrid 20X zoom or its 4k recording at 30 FPS. A device that can be ours for a price of 449 euros .