We tend to think of HBO Max as the platform to watch the best DC movies or some of the best series in history, like Game of Thrones or The Wire. But, although less than on other platforms, we can also watch reality shows on HBO Max if we want to disconnect with entertaining and light programs with which to have a good time. Contestants looking for love, cooking contestants or all kinds of competitive realities in which to prove to be the best jeweler or dog groomer.

Although the reality shows on television are almost always similar and they all deal with cooking or finding a partner or avoiding temptations, among the HBO Max reality shows we find varied themes that will make us have a good time discovering the skills of all kinds of contestants. There is a kitchen, yes, and there are people looking for their better half on an island full of singles. But there are also other original options that you can get hooked on. If you like cooking contests, there are several HBO Max realities that you can watch on the streaming platform.

If you are a fan of sweets, Baketopia is one of the best HBO Max reality shows you can watch. Rosanna Pansino is the pastry chef and influencer who will be in charge of guiding us through this sweet world with twelve episodes or programs in her first season. A baking and cooking contest in which you have to get the best cake in a limited time. The winner will receive a prize of 10,000 dollars and the themes of each program are totally different , but in all of them there will be incredible cakes and pies where design and flavor will be valued.

Chapters : One season, 12 chapters or programs

Duration: About 29 minutes per episode

Recommended age : For over seven years 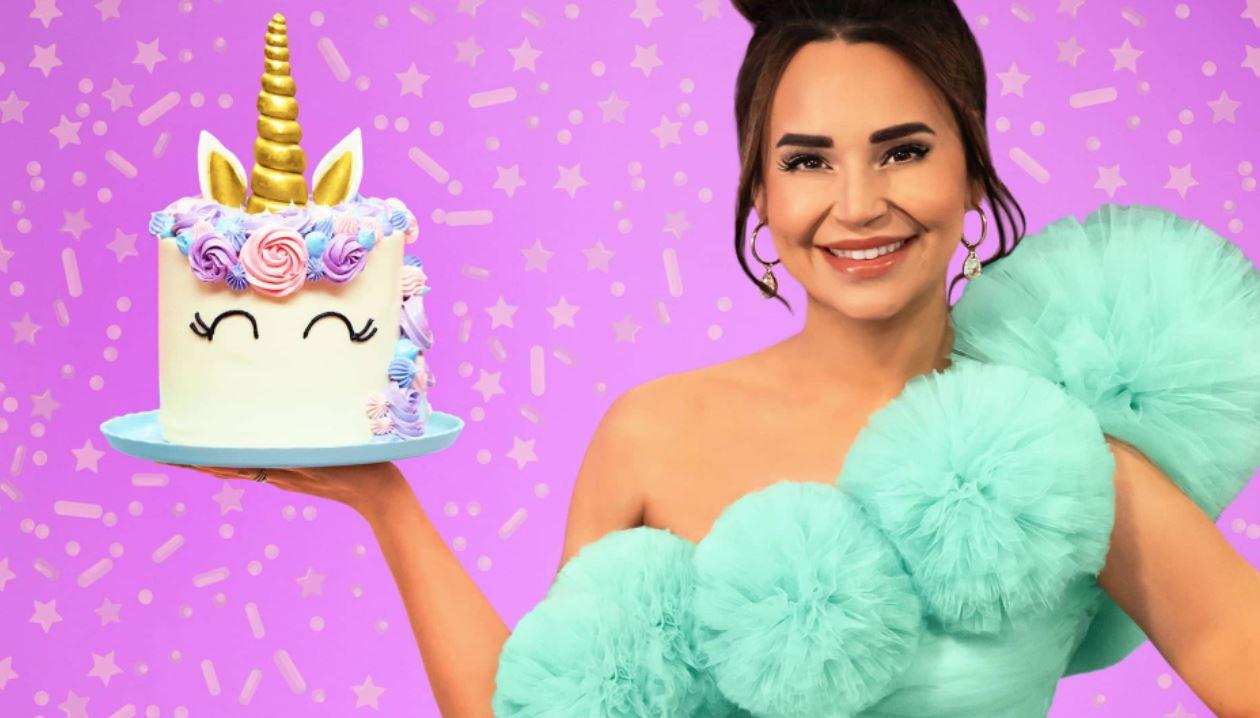 More than one of the HBO Max reality shows, “Chef without waste” is a program or a docuseries about a cooking adventure in Europe. Diego is a young environmentalist who will serve as our guide in this program in which each episode is a country. In each program of about 45 minutes we will travel to a country so that Diego meets Michelin star chefs from all countries. There is a challenge: cooking with zero waste, minimizing waste as much as possible and changing the food industry.

Duration: Around 45 minutes per chapter or program

Recommended age : For over seven years 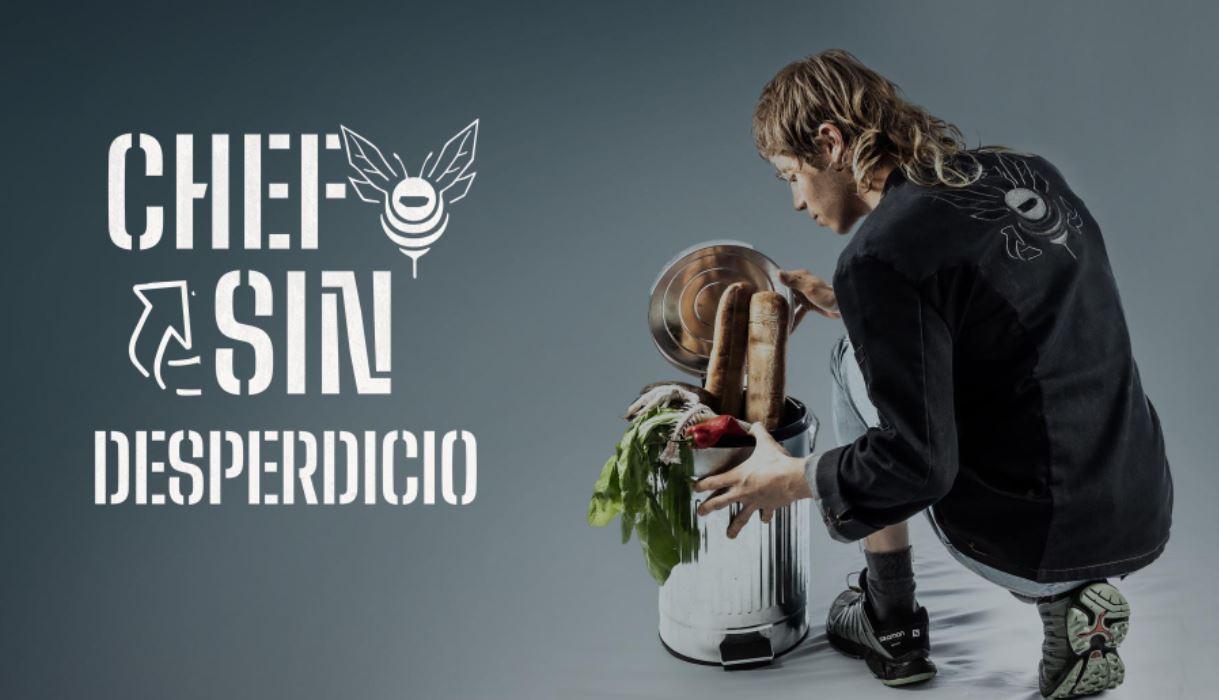 Selena Gómez is the protagonist of this cooking show, one of the cooking realities that we can see on HBO Max. Selena Gómez is the protagonist of this program with three seasons and about 25 minutes per episode. In each of the programs or episodes, they will meet a celebrity and they will prepare all kinds of recipes remotely. During the coronavirus quarantine at home, she will be guided remotely by relevant chefs who will guide her to make different recipes. Recipes of all kinds made by a non-professional person, at home.

Duration: About 23 minutes per program 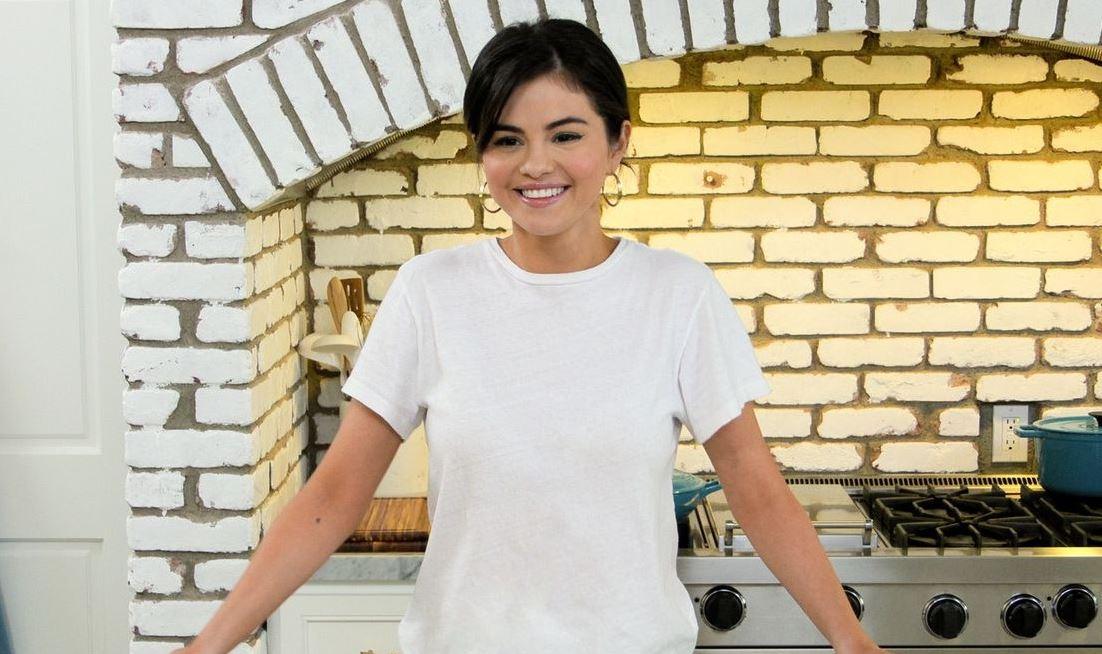 The event – Inside Wolfgang Puck Catering

A program in which Wolfgang Puck Catering is the protagonist. One of the best known in the world and in charge of preparing the different caterings for important events. Four episodes in which we will see, in just over half an hour, how the menu is prepared for relevant events worldwide. For example, Wolfgang Puck Catering prepares the party for the Premiere of Westworld, Indian Wells or the Sag Awards in four programs of approximately 40 minutes.

Duration: About 41 minutes per program

Watch The Event – Inside Wolfgang Puck Catering on HBO Max 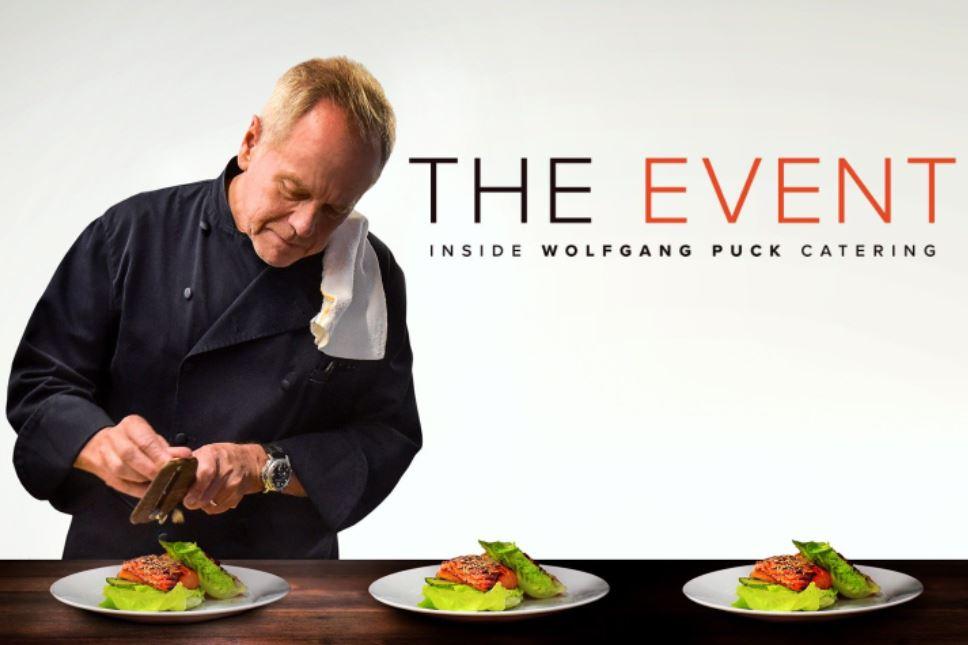 It is not a program as such, but a Christmas special of a single episode, one hour and ten minutes with two of the best or most popular chefs in the world. Gordom Ramsay and Gino D’Acampo face off in this special where they must create the best holiday menu for “some of the heroes of 2017.” A cooking program that we can see in a free hour

Duration: One hour and eight minutes 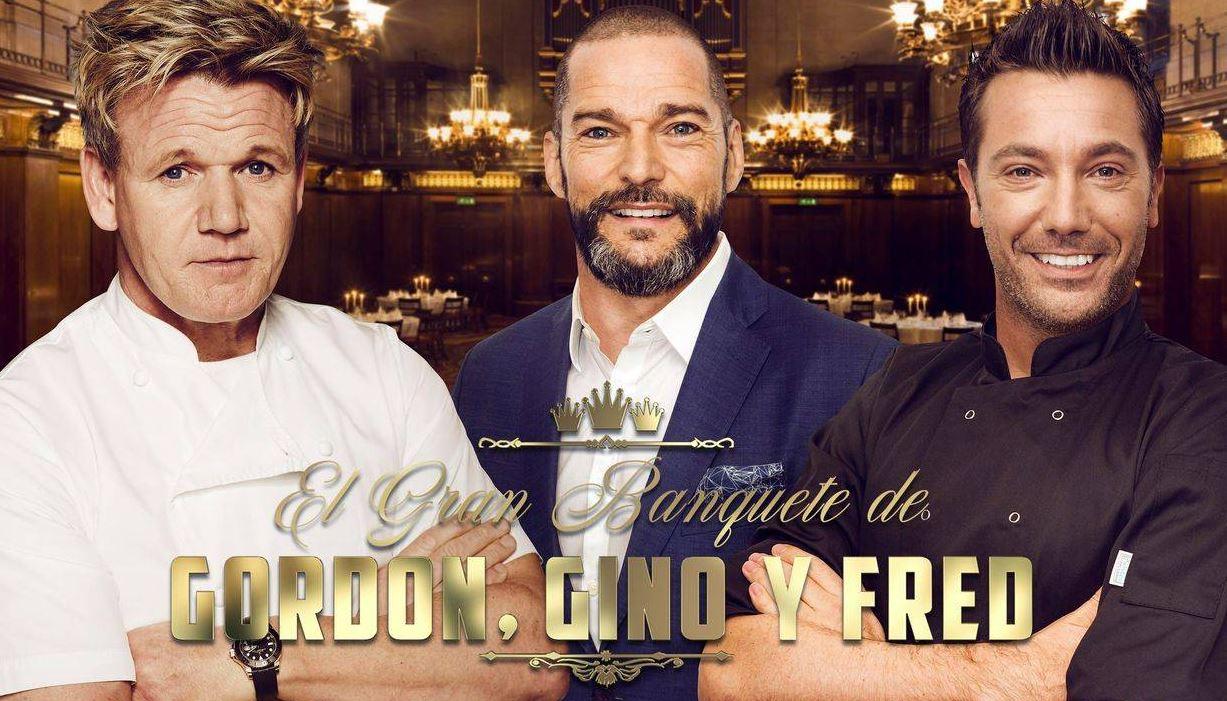 Realities of love and dating

One of the most common genres and themes of reality shows is that of looking for a partner. Many have emerged in recent years with first dates, with love caravans, with islands and parties full of singles… Among the HBO max realities we also find some dedicated to “love”.

Those who are fans of “The Island of Temptations in Spain” can see its version among the HBO Max realities with FBoy Island and a similar mechanic. Three women looking for a serious relationship will be taken to a tropical island where they intend to find love. In it there are 24 boys who have been divided into good boys and bad boys. They only compete for money but they must choose, let themselves go or even fall in love after dating their suitors.

Duration: About 50 minutes per chapter or program

Another of the HBO max realities in which we follow a series of singles… In this case, focused on the holidays and Christmas at home. They want to take a couple home for Christmas so three singles will arrive at an Austrian castle where they will have all kinds of dates and Christmas parties until they find their better half, to find the “love of their life”. Or, at least, someone with whom they can be until January to celebrate Christmas as a family.

Duration: Around 45 minutes per chapter or program 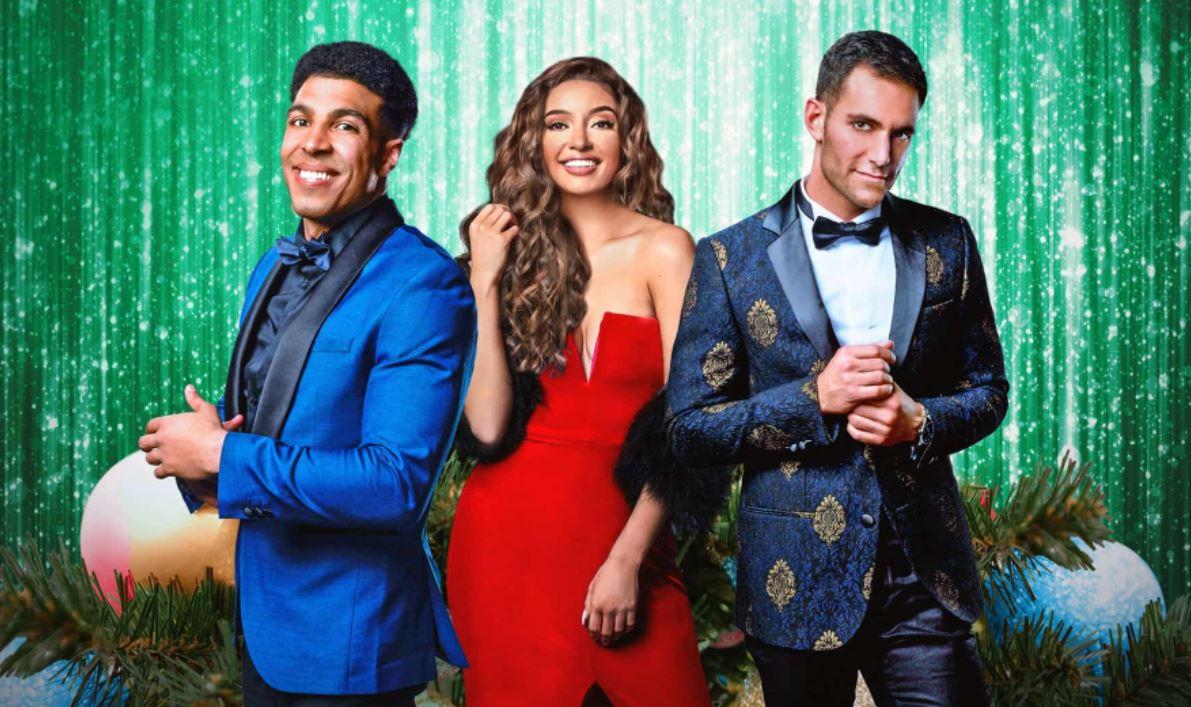 Other reality shows and competitions

You don’t have to make the best recipe or find love, but there are other reality shows on HBO that we can watch on the streaming platform if we want to see all kinds of competitions… Who is the best florist or who is the best dog groomer or stylist, for example.

As its name suggests, All that Glitters is a brilliant reality show. Eight aspiring jewelers will have to prove their quality, they will have to show what it takes to shine in the world of jewelry. Six episodes in which they will have to pass tests in one-hour programs or episodes where one of them will be ruled out until they reach the grand finale

Watch All that Glitters on HBO Max

In this reality show, the contestants will have to design the best furniture. Six episodes or parts of a contest in which eight future furniture designers have to give free rein to their imagination to create the most spectacular furniture, the most eye-catching, the most in line with the challenge posed in each of the programs that we can see in about forty minutes.

Duration: About 40 or 45 minutes per chapter

A reality totally different from what you have seen on television. Neither cooking nor clothing nor design… Here the participants are expert dog groomers. They must face a series of tests to win the $10,000 prize. Each program or episode is independent and in half an hour there will be three dog groomers who will face each other to win the prize. The theme of each episode may vary and the puppies may face a radical change, a change of luxury, etc.

Duration: About 25 minutes per program