Nowadays, instant messaging services have become a fundamental tool for communicating. Although its main use is related to the mobile, there are also messaging applications that we can use from our Windows computer, although not all are equally safe. Above all, taking into account that in the current era where the registration of our data is increasingly important.

In order for us to be sure that our messages are sent with all the security guarantees, the application must have end-to-end encryption. In this way, we make sure that the service provider does not keep any copies of the messages we send on its server. Thus, only the people with whom we are communicating will have access to the messages. 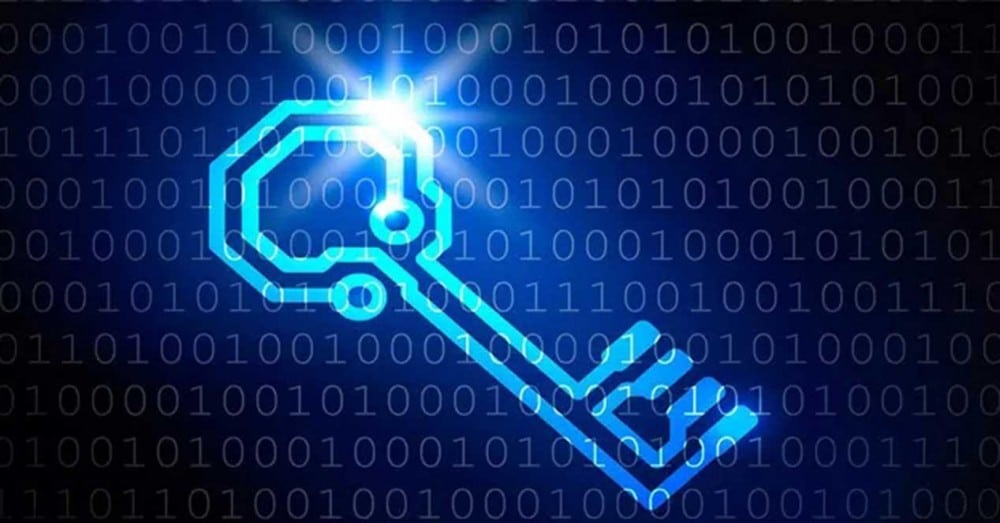 The importance of an encrypted application

As we have commented, for an instant messaging application to be secure it is necessary that it encrypts the messages from end to end. However, you have to be careful, as not all applications that offer these security measures are enabled by default. In addition, there are other series of measures that applications can use to protect our privacy and security, especially when using them. For example, two-step authentication or the ability to delete submitted images after a period of time.

Therefore, it is important that we know which messaging applications are the ones that offer the highest level of security to prevent our data and conversations from being exposed.

Ricochet, security through the TOR network

We are talking about an anonymous messaging service that, perhaps, is not popularly known. It is characterized by using the TOR network to be able to send messages and communicate with other people, without having to depend on a central messaging server. Therefore, all the messages you send are encrypted and secure . 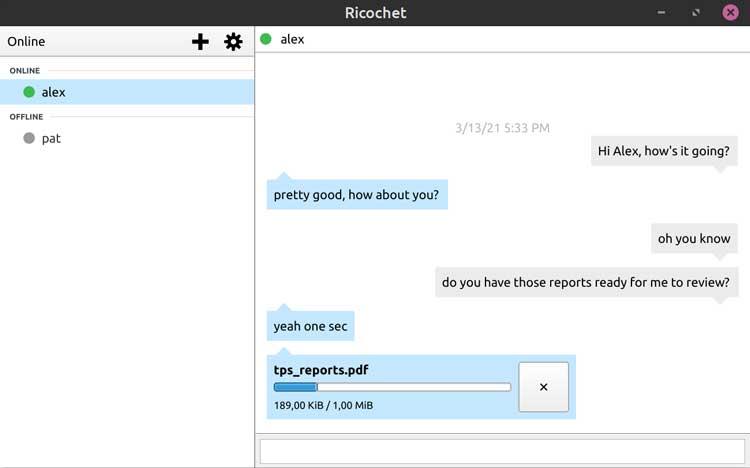 In order to use this application, it is not necessary to register any account, as it is responsible for automatically generating a unique identification for each user that we can share with our friends to chat safely. It has a fairly simple interface, to be able to add friends, chat and choose other configuration options.

Ricochet is available for Windows, Linux and macOS and we can download it from this link.

This messaging service is characterized by the possibility of sending encrypted messages, calls, photos and files, without the need to have a phone number to use it. To register, use an email identification instead. The application is under Swiss jurisdiction, especially known for its privacy, being its servers in Germany and Ireland. 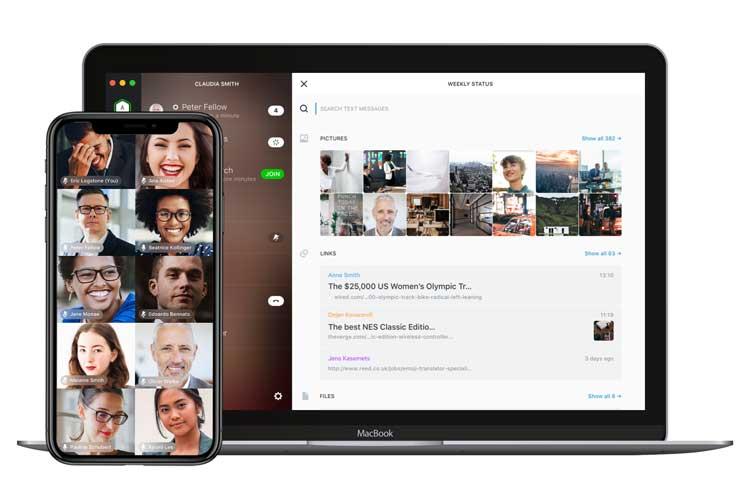 The application is available for both personal and professional use and is free for home users, with mobile, desktop and web versions, which make it a very versatile tool. We may connect with other users by searching for their name and submitting a partnership request.

Signal Private Messenger, one of the safest options

We are now facing one of the safest instant messaging applications that exist thanks to its strong protection encryption. It is a free and open source application that has state- of-the-art end-to-end encryption to keep our chats safe. No one will be able to read our messages or listen to our calls, only us and the people we chat with. 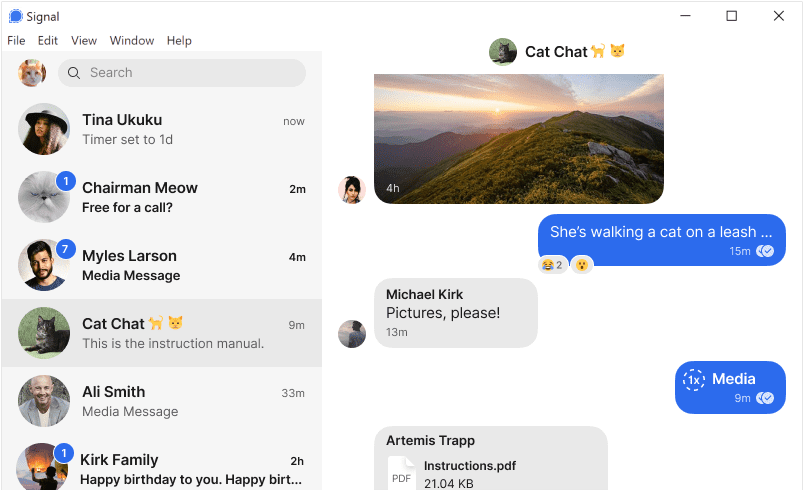 To use this application we will need a phone number, although it will not ask us for a PIN or password, and our data is never stored on their servers. It has a function so that we can program the time it takes to automatically delete messages in each conversation, thus avoiding leaving any trace.

Signal is completely free and compatible with mobile devices and computers with Windows, macOS and Linux operating systems. We can download it from here.

We are talking about one of the instant messaging applications that has been obtaining the most popularity in recent years, becoming a clear alternative to WhatsApp for many users, with more than 200 million users worldwide. We are talking about an application that is characterized by its security and having unique functionalities. 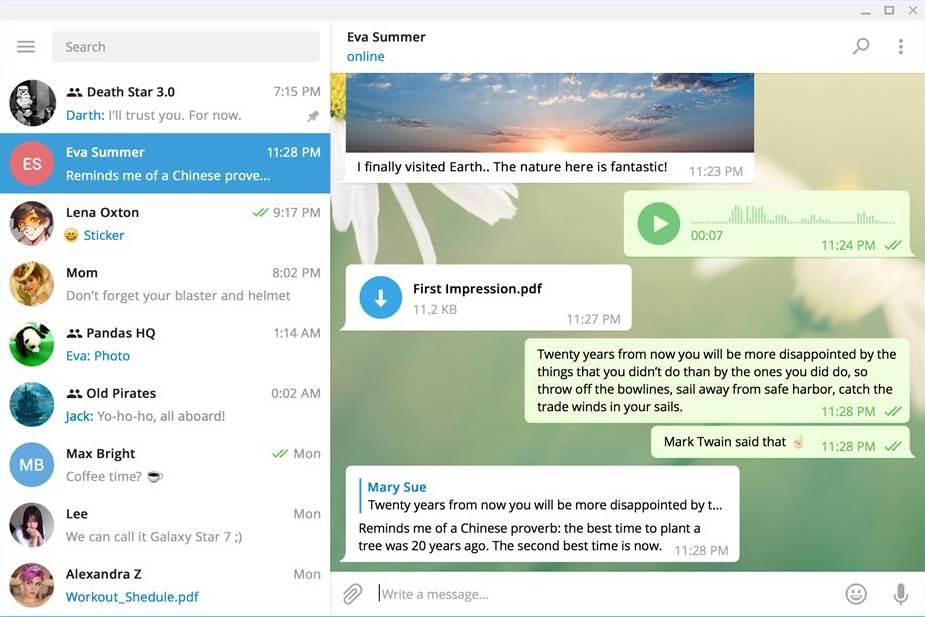 This application has a feature called Secret Chat . This is responsible for protecting messages with end-to-end encryption. On the other hand, it should be noted that it is not a predetermined function so in order to use it it will be necessary to know how to activate it. In addition, it allows us to establish a four-digit code to prevent any intruder from accessing our messages in case of theft or loss.

Telegram is available for free for both mobile applications and computers with Windows, macOS and Linux operating systems. In addition, it has a web version that does not require having the application open on the mobile to be able to use it. We can download it from the developer’s website .

Wickr Me, encrypted messaging for individuals and companies

We are now talking about a messaging application that also stands out for its security since it is capable of offering end-to-end encryption in both messages and voice and video. It has a free personal version that allows you to send individual or group messages, make calls and receive files safely. It also has a secure deletion function that adds one more point of security, since it does not allow to recover files that have been deleted. 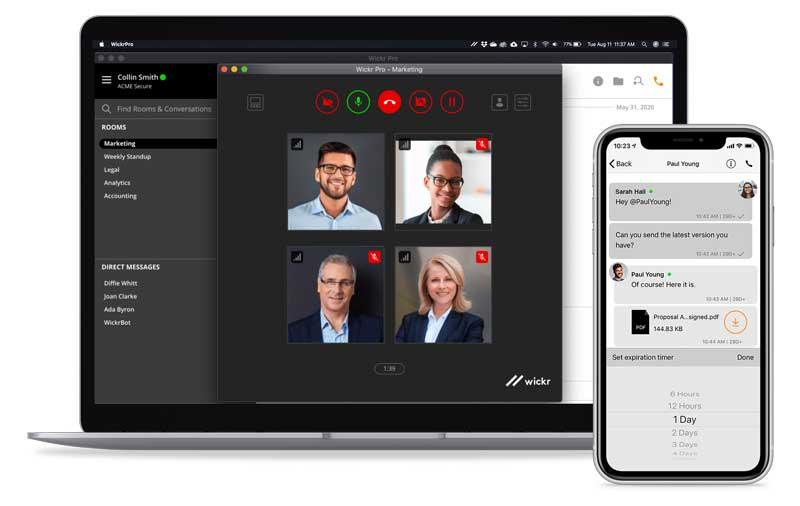 This application allows group chat up to a maximum of 10 members, receive files of up to 10 MB, share the screen, the location and configure the expiration of messages so that they can be deleted in a maximum of 6 days. In addition, it has a Pro version, paid, aimed at companies that need to protect their data and communications safely.

Wickr Me is compatible with mobile phones and computers with Windows, macOS and Linux operating systems. We can download it from this link.

WhatsApp, the most popular app is also safe

Undoubtedly a benchmark in terms of instant messaging, it is not in vain that it is used by more than 1500 million people around the world. Since 2016, the application has incorporated the Open Whisper Systems encryption protocol created by Signal on all its mobile platforms. In this way, only the recipient and the sender have keys to decrypt the messages sent through the application, so that no one else will be able to see it. Likewise, both voice and video calls are also encrypted. 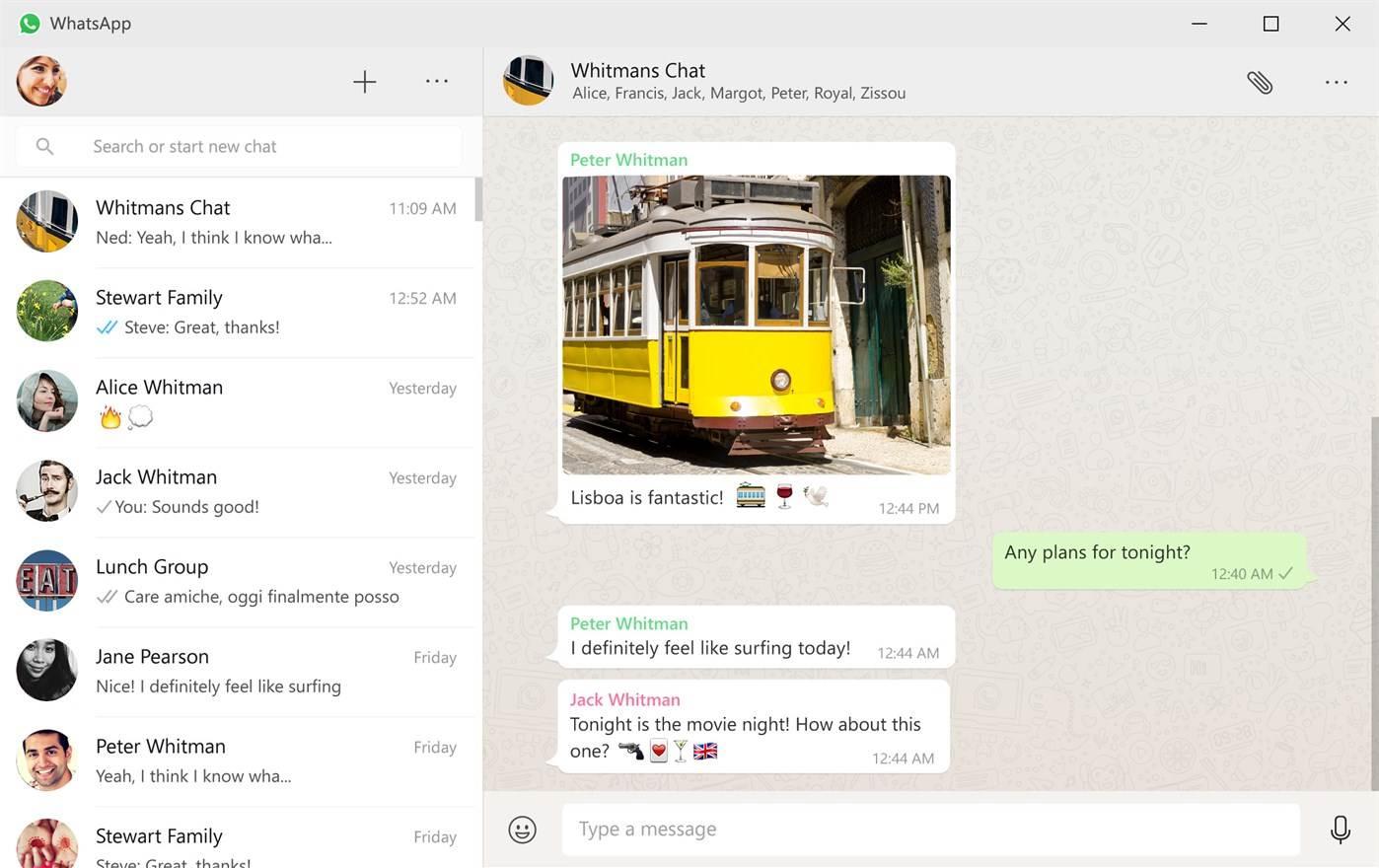 Other security measures that it incorporates are the Confirm security code function, with which we can confirm that both calls and messages are encrypted. As well as the two-step verification to add extra security to our account, by using a PIN code to verify the phone number on any device that we use.

WhatsApp is available for free and without advertising for mobile devices and computers with Windows or macOS. In addition, it has a web version. We can download it from its website.

We are talking about an open source instant messaging application, designed to generate the least amount of data possible from each user . To ensure your security, all communication is end-to-end encrypted. The application hosts its own servers in Switzerland and is fully GDPR compliant. When connecting, a random ID is generated to configure, so linking our email address or our phone number is optional. 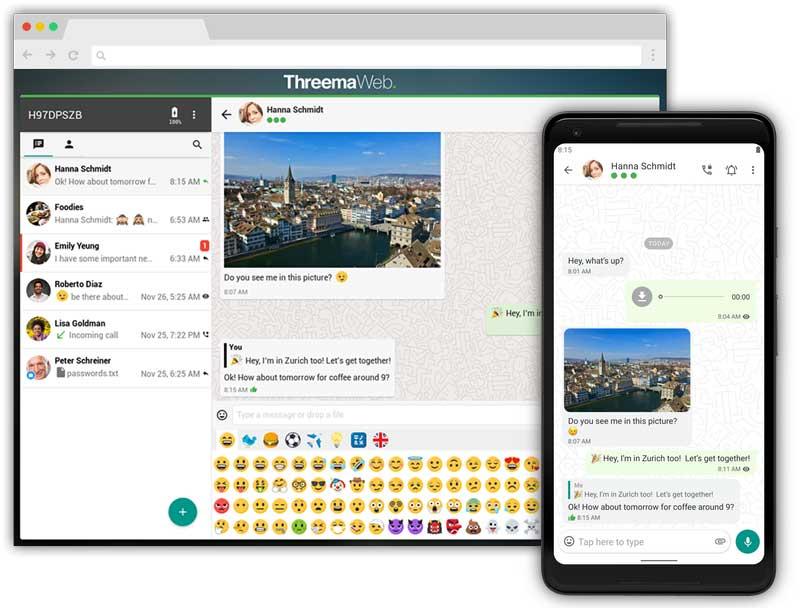 In use, it is not possible to bypass end-to-end encryption by copying unencrypted messages on the device. It does not have a fingerprint function and the received URLs are not opened automatically. In addition, messages are immediately and irrevocably removed from the server once they have been delivered to the recipient.

Threema is compatible with mobile devices and also has a version that we can access from here.

Which secure messaging app to choose?

As we can see, we have at our disposal a good number of instant messaging applications that we can use safely, since they have end-to-end encryption. Beyond the most popular ones such as Telegram or WhatsApp, here we can find tools specially designed for the privacy and security of our data, of which we can highlight Ricochet and Signal .

Both applications are characterized by having been designed to guarantee maximum security in our conversations. Ricochet is the only listing messaging service that uses the TOR network for our communications without relying on a central server. While Signal has a state-of-the-art end-to-end encryption, ensuring that no one can read our messages.