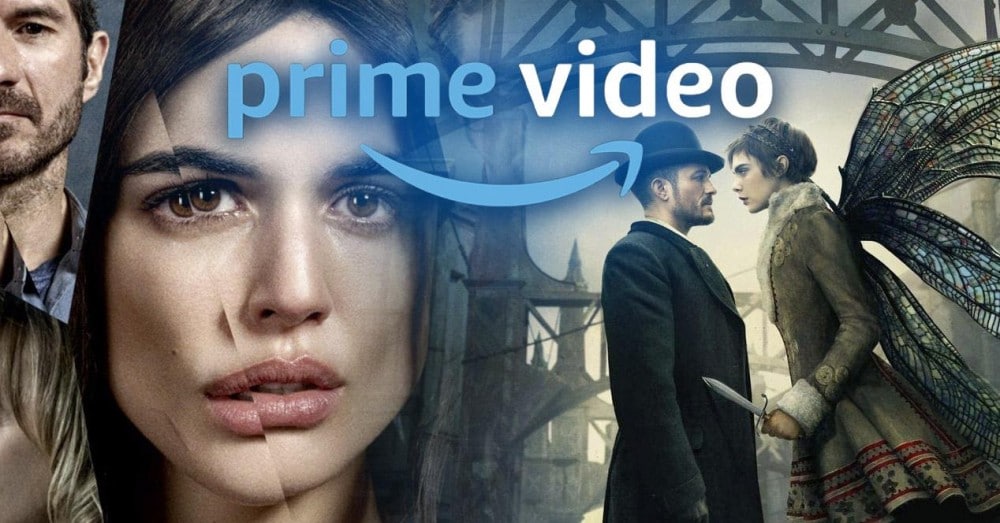 Streaming content platforms are the order of the day. There are many of us who are subscribed to several of them at the same time and to which we go every night, or good, the “mantilla & series” weekends to entertain ourselves by watching a new series. Today we wanted to collect some of the best series that you can start watching on Amazon Prime Video . Some you will know and others you may not, but without a doubt you will have many hours of entertainment with them. So get ready, grab a bowl of popcorn that we started with the recommendations.

The first series that we want to recommend will surely sound like you if you have been inquiring through the interface of this platform, since it is undoubtedly one of the most viewed.

This is The Good Doctor , a series that focuses on the story of a brilliant young surgeon, capable of diagnosing things that others would not imagine by making fictitious diagrams with his mind. The only “downside” to this doctor is that he suffers from Savant syndrome. This syndrome generates social problems for him to relate to the rest of the people around him, he does not have much empathy for what he will say anything as he thinks, and another assortment of uncomfortable situations that you can see throughout this plot.

To make matters worse, Shaun, who is the name of this young prodigy surgeon, did not have what we understand by a happy and common childhood. A father who abused him, taking into account his illness and the social problems he suffered from it, caused him and his brother to run away from home when they were still children. To top it all, after an accident, Shaun is completely alone until he is taken in by Dr. Ira Glassman, who will later be his mentor until he becomes a surgeon at San José St. Bonaventure Hospital.

Currently this series has a total of 5 seasons, which are spread over 76 episodes. The average duration of these is around 43 minutes. In Prime Video, for now, we can see the first 4 seasons.

Another very successful series that are highly recommended is Mr. Robot . This young programmer also suffers from a social disorder, as happened in the previous series, which “forces” him to contact people through his computer, and more specifically through piracy.

His double life as a security engineer in a “normal” company and member of a group of hackers will make Elliot, as this young man is called, see himself in a more dangerous situation than he would like.

The Mr. Robot series has a total of 4 seasons, which include 42 episodes. The duration of these ranges between 45 minutes and 65 minutes. You can watch all the full seasons through Amazon Prime.

Did you watch The Walking Dead? Well, if you liked it, the Fear The Walking Dead series will too. It is the spin-off of the popular zombie plot, set in Los Angeles, and which shows the beginning of the Apocalypse from the point of view of a somewhat peculiar family.

This family consists of Madison (Mother), Travis (boyfriend), Alicia (Madison’s daughter) and Nick (Madison’s son). This family, before the imminent arrival of the zombies, will have to find ways to survive everything that is happening no matter what.

So far, this series has a total of 6 seasons, spanning 85 episodes. The duration of these ranges between 45 minutes and 65 minutes. It has already been confirmed that this series will have a seventh season and the first 6 can be seen through Amazon Prime.

Do you remember the El Internado series that was so popular a few years ago? Well, we could say that it is a kind of continuation or “reboot” of that one.

It is about the story that children / adolescents living in a school in a former monastery. It bears the name of “Las Cumbres” , and it is surrounded by mountains, lost in nowhere, so that its students cannot contact anyone. Adolescents who, as you can imagine, are not exactly “little angels”: children who have given their parents problems and with a certain tendency to continue generating those problems wherever they go.

As in the predecessor series, everything seems to be going well until all of a sudden strange things start to happen at school. A series with a mysterious theme and even psychological terror at times.

At the moment, it has a single season of 8 episodes. The average duration of these is around 50 minutes. It has already been confirmed that there will be a second season of this original Amazon Prime series.

We continue with the Carnival Row series . A fantasy-themed story in which human beings coexist on earth alongside mythological creatures such as fairies. Unsolved murders are the ones that carry the plot line of the plot, which generate a lot of tension between the human species and the rest of the creatures.

This series has a single season of 8 episodes. The average duration of these is around 50 minutes to 1 hour. It has already been confirmed that there will be a second season of this original Amazon Prime series.

A pinch of magic

Continuing with the theme of fantasy and magic, we find ourselves before the series A pinch of magic more focused, yes, for young people at home. 3 friends discover a magical recipe book. His intention is to use these recipes to free the grandmother of one of them from a spell but … they end up discovering that they will pay a very high price for their use.

This series has a total of 5 seasons, spanning 50 episodes at the moment. The duration of these ranges between 25 minutes and 30 minutes.

In a small town in Texas, Panic is the only outlet for local youth. Every year, many of them risk their lives in a series of tests where they have to face their greatest fears to win a lot of money. But after the death of two of them, the stakes and the danger level up considerably.

At the moment, this series has a single season of 10 episodes. The average duration of these is around 43 minutes.

Set in medieval times, the El Cid series is based on the story of Rodrigo Díaz de Vivar, a nobleman and military leader who is nicknamed by the Muslims of the peninsula.

As it will sound to you, we imagine, this story is inspired by that of one of the most famous characters of the Middle Ages in Spain, El Cid Campeador. He began in one of the lowest positions in society, being a vassal of the monarchs of the moment and, little by little, he rose to become noble.

Currently, this series has a single season of 8 episodes. The average duration of these is around 50 minutes to just over 1 hour. It has already been confirmed that there will be a second season of this original Amazon Prime series.

The Parot series is one of those recently presented within the Prime Video platform. It is based on the annulment of the Parto Doctrine in Spain in 2013, which led to the release of more than 100 prisoners.

The problem with all this comes when, a few days later, several prisoners appear dead in the same way for which they were imprisoned.

The series, as we told you, has recently been presented on Amazon Prime. At the moment, it has a single season of 10 episodes whose duration is around 55 minutes.

Finally, within this list, we want to recommend the Wild series . Do you like the theme of the hunger games? Well this is something similar.

A fictional series in which a group of teenage girls have a plane crash that leaves them alone on a desert island. But of course, this event has not happened randomly. These girls will have to learn to live and survive with their different ways of seeing life.

This series has one season at the moment, spanning over 10 episodes at the moment. The duration of these ranges between 44 minutes and 60 minutes. The second season that we can see on Amazon Prime Video has already been confirmed.