Well yes, Pokémon Scarlet and Pokémon Purple are already with us and the truth is that its premiere on Nintendo Switch has been somewhat bumpy , which is why many players have decided to rise up against what they consider a small stumble by the Japanese. Not in vain, the two titles of one of the most profitable franchises in the history of video games seem to not pass an error test without failing. 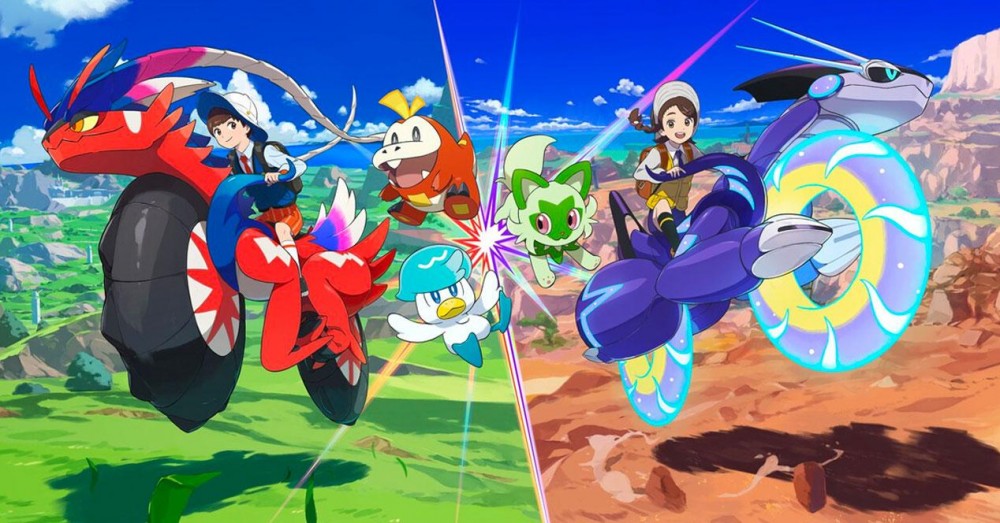 What is happening with the games?

Well, summarizing a lot, we can say that the launch of Pokémon Scarlet and Pokémon Purple has not been as satisfactory as we would like since both games have landed in stores with many graphic errors and technical inconsistencies that do not allow them to perform as they should. The same is that the Nintendo Switch hardware is no longer enough, but surely that is not a mitigation with which to save the Japanese.

Thus, and as has been seen over the last weekend on social networks, players are sharing videos and screenshots where you can see the errors that afflict some specific parts : characters that move without meaning, randomly, drops in performance and in the number of frames per second and even graphic errors that weigh down the experience of traveling through Paldea (Spain) from north to south and from east to west.

The drawbacks, as we tell you, are numerous and are occurring in a generalized way , which is why the indignation has grown day by day since the release of the two games on November 18, with some users even considering returning the game. to Nintendo. Which is happening in the US, but what if it occurs to us to do something like this here in the Spanish eShop?

This possibility of returning a game that is defective, technically, but defective after all, does not exist in Spain since if we visit the Nintendo support page we will find a nice answer to the question of whether we need the ” Refund of a downloaded game or downloadable content (wrong game, user is not satisfied with the game, accidental purchase)”. And do you know what it is? Well, “We cannot provide refunds or make content changes if it has been acquired by mistake or does not satisfy the user.”

So forget about experiences like Cyberpunk 2077 on PlayStation, when Sony cut its losses on the amount of complaints, pulled the game from the PlayStation Store and returned all those who wanted the money. Here Nintendo chooses to close any possibility, including the physical format, so if you buy it you will have to keep Pokémon Scarlet and Pokémon Purple as your property until they are patched with an urgent update.

It is curious that Nintendo does not accept this type of return in the face of more than obvious (technical) problems when absolutely all the digital stores of Sony, Microsoft, Steam and even Epic Games or Apple and Google contemplate it as long as a series of conditions are met, such as They are those to be carried out within a very specific number of days from the date of acquisition (almost always stipulated by law) and that the game, application or movie has not been used.

What are you going to do with Pokémon Scarlet and Pokémon Purple ?