Updating is one of the ways to protect ourselves not only from malware but from any type of problem. We have all the news of a program or operating system, we can repair bugs. If you want to update programs automatically, there are options to do so, software dedicated to checking what you have pending update and even forcing it so that you do not run any risk. In the next few paragraphs we will explain how to do it.

We are very clear about how apps are updated on mobile phones or tablets but it is somewhat more complicated when it comes to scheduling updates in Windows or how we configure the computer so that we do not have to worry about them. We can configure from Microsoft Store so that the programs update themselves but there are also specialized programs that allow us to make a periodic review and detect what we have to change immediately to have a better version, to have changes and news. Problems if you don’t update

On many occasions it has been shown that not updating programs or the operating system can be a serious problem for our data: it is easier to be infected by malware, security holes are not solved …

There are many studies that prove it, such as the one published by Avast in 2019. Although it has been a while since this review, we can still get an idea of a problem that usually affects many people. According to the data, the company found that 55% of the applications installed on computers around the world are outdated. This leaves many users and their corresponding data vulnerable to attacks that exploit security flaws.

To reach the conclusion in the aforementioned analysis, a total of 163 million computers have been studied. On those computers, 40% had Windows 10 installed, while 43% had Windows 7. 15% of Windows 7 users were running a version of the system that is no longer supported, compared to 9% of those who used Windows 10. 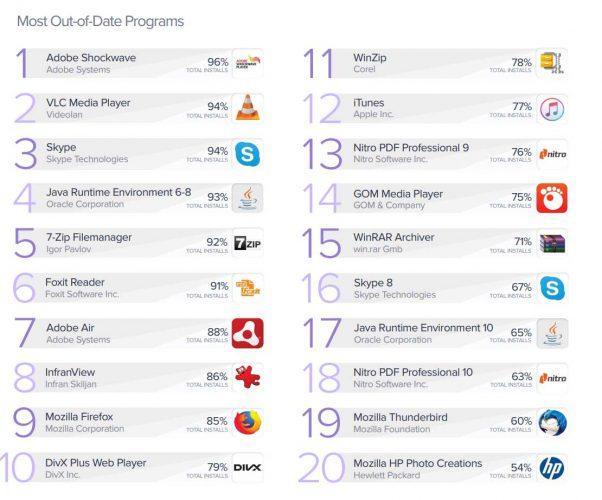 Among the applications that had the most users out of date were Adobe Shockwave , with 96% of users using old versions, or VLC and Skype with 94%. This type of practice has a very simple explanation: there is no single store that sells and updates these Win32 programs on Windows, while for UWP apps or on other operating systems such as iOS or Android there is a store that is responsible for guaranteeing Make sure the apps are up to date.

The most popular programs on most computers were Google Chrome (91%), Acrobat Reader (60%), WinRAR (48%), Microsoft Office (45%) and Mozilla Firefox (42%). Office was also one of the most outdated applications, with 15% of users still using Enterprise 2007 even though it was not officially supported.

We can updates from Windows settings regardless of the version of the operating system you have. We can do it from the Microsoft Store.

You will see that there is an icon, a switch that allows us to activate or deactivate this option. Check that it is activated so that the applications in the Microsoft Store update automatically without having to do it manually.

The steps in Windows 11 are similar:

Check, as in the previous case, that the app updates are activated.

Not all the programs are updated here and there will be others that you must update manually, such as browsers on the computer. If you have Google Chrome, for example, we can update from the browser itself:

A configuration page will open where it will tell us whether or not we have the latest updated version. If not, we can install from here. 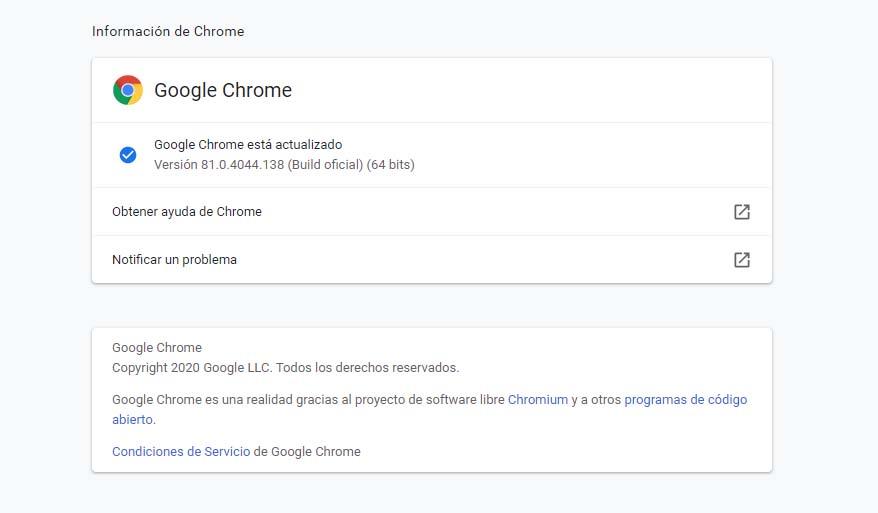 There are programs that allow us to update all the software automatically if we do not want to do it one by one. We can go checking program by program but it is somewhat annoying and there are options to update everything at the same time or check what we have pending.

Programs like Patch my PC Updater , for example. It’s portable, it’s free, and it lets us know how many applications we don’t have updated when we scan. As soon as we open it, we find a fairly simple interface that is slightly reminiscent of CCleaner. When we open it, it tells us how many applications we have are updated, appearing in green. Those that appear in red are those that are not updated, and therefore the program can update automatically. 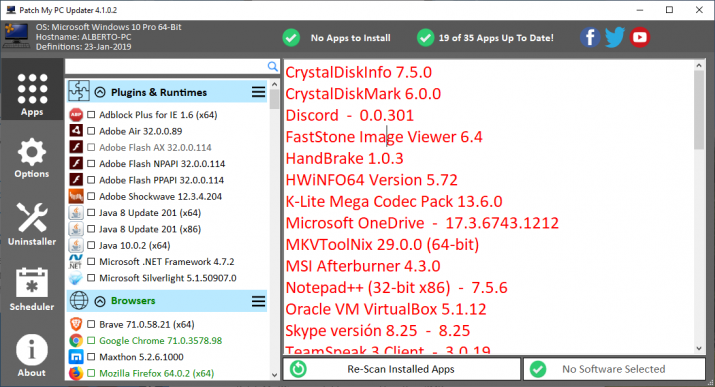 In addition, the program has on the left side a list with hundreds of programs , which include the most popular on the market and with their respective latest versions. Thanks to this, we can also install new programs in one go, ideal if we have just carried out a clean installation of the operating system.

As soon as we click on “Perform X Updates”, the program will automatically download and install the programs. For some it is likely that some degree of interaction is necessary, such as pressing the odd button. In the options we can configure that it begins to update as soon as we open it, put it in download-only mode, etc. It also has a program uninstaller , and the ability to schedule tasks.

You can download Patch My PC Updater at this link. 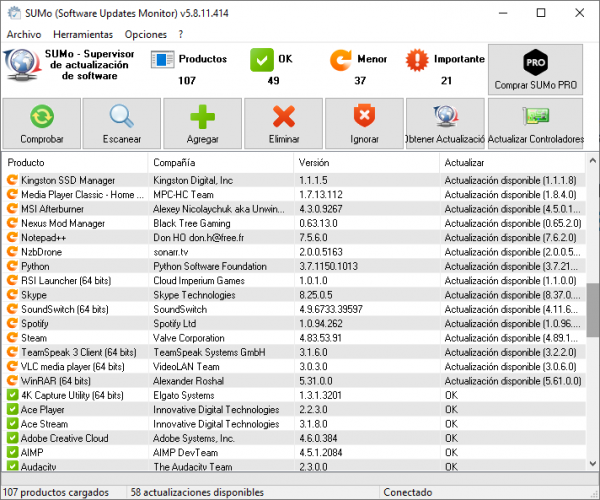 In addition, those that are not updated are subdivided into those that require a major or minor update. We can easily select which programs we want to update . The only downside of the program is that it shows ads in some parts, but the rest works quite well.

You can download SUMo Software Update Monitor at this link.