The Raspberry Pi is ideal to have a cheap computer at home with enormous versatility. We can use it as a video game console , entertainment center, NAS, robot controller, or to control home automation , among many other uses. However, for this it is necessary to have a multitude of accessories that make it easier to use. Therefore, we are going to collect the six most useful ones. If you’re constantly moving it, a Raspberry Pi case is a must. With it we make sure not to touch any exposed PIN or anything that could, for example, cause a short circuit on the board. There are cases of all kinds, including some that simulate the appearance of consoles, or others that are completely transparent. Others even have a fan, which brings us to the next must-have.

The Raspberry Pi, despite having a processor that is not excessively powerful, and with a low TDP, can get hot and have to resort to thermal throttling to reduce the temperature; especially on the latest Raspberry Pi 4 model . This negatively affects performance, which can be a problem if we are for example playing with emulators. Therefore, there are housings that allow you to install fans, and it is also advisable to put small heatsinks on top of the hottest chips, such as the SoC.

These small aluminum heatsinks are very cheap and are sold in packs. Try putting them on top of the chips, and you will see how the temperatures improve. They may solve the problems of thermal throttling, but if not, you will have to resort to a fan.

Keyboard and mouse, or controller

To control the Raspberry Pi, the most comfortable thing is to have a mouse and a keyboard , although we can also use a controller if, for example, we are going to use it to play games. This option is even more comfortable if we use a wireless keyboard and mouse kit, since it will be easier to transport them and we will not have to carry cables to the motherboard.

The Raspberry Pi Foundation has a multitude of official accessories that allow you to improve the functionality of the board. There are modules that add temperature, humidity or movement sensors, as well as it is also possible to add cameras, screens , and a long etcetera.

HATs are small “hats” that are installed on top of the Raspberry Pi by connecting to the GPIO connector. With them, we can add a multitude of functionalities to the board, such as LED matrices, touch screens, motors to control robotics projects, or even to introduce PoE.

With the official Power-over-Ethernet (PoE) HAT, we can connect an Ethernet cable that also serves as a power outlet for the Raspberry Pi, saving us a cable. We also have the Raspberry Pi TV HAT , which has a DVB-T2 decoder to turn the Raspberry Pi into a Freeview tuner. 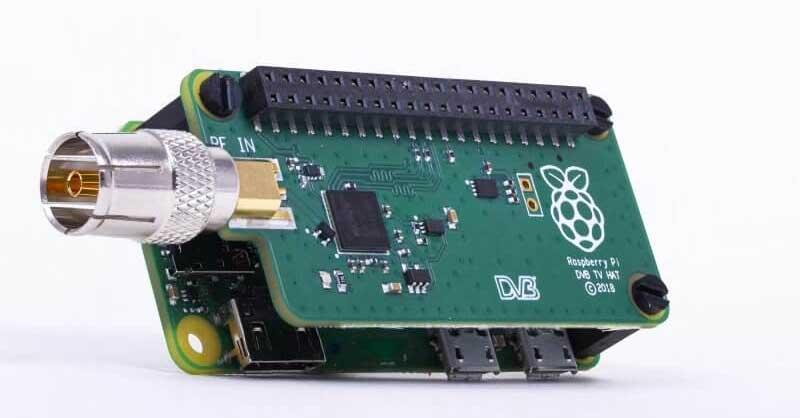 Storage is another fundamental element in the Raspberry Pi. The operating system in Raspberry Pi is loaded by microSD cards, which makes it easy to completely change the system just by inserting one card or another. The 32 and 64 GB microSD cards are cheaper than ever, so we can have several to be able to quickly change systems.

With the latest models, we can also use external storage to boot the operating system, such as an SSD or a pen drive. With an SSD we will have faster startups, in addition to excellent storage capacities.