Adobe‘s best-known application is Photoshop, but experts in graphic design and audiovisual content creation know that they are not where they are because of a single stroke of luck. Among them, one of the most famous is Adobe Premiere , a veteran application for video editing that has been competing for years against giants such as Final Cut Pro on Apple computers and SONY Vegas on PC. Well, today we will tell you what adjustments and recommendations you will have to make to your PC’s hardware so that you can create and edit your videos with all the ease in the world. 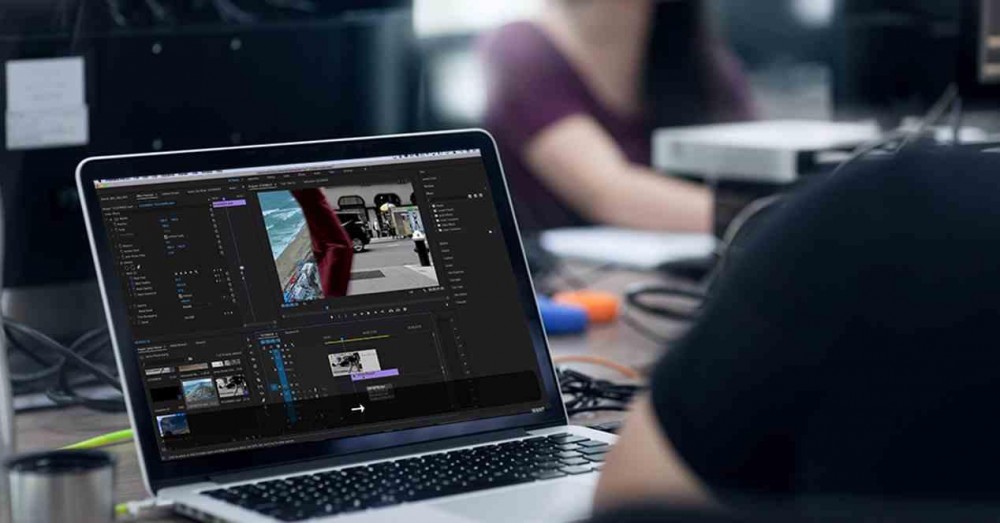 The appearance of video cameras, first with a hard drive and then with flash memory, has changed the way of editing video. Gone is the memory dump from DV or MiniDV tapes where we had to wait for all the information to be temporarily saved on the hard drive, since the format in which the camcorders recorded does not support random access, something essential to be able to manipulate on the fly a recording. However, it is still one of the types of applications that consume the most system resources.

How to get more performance in Adobe Premiere

Today, if we have a graphics card, both dedicated and integrated, it has a video codec, a chip capable of encoding and decoding the information blocks of these files at high speed in parallel to the CPU and without CPU interaction. last. However, its capacity is limited and that is when we need to use the full power of our graphics card’s GPU. Which is not only useful for moving beautiful games, it is also an indispensable tool for applications such as Adobe Premiere. 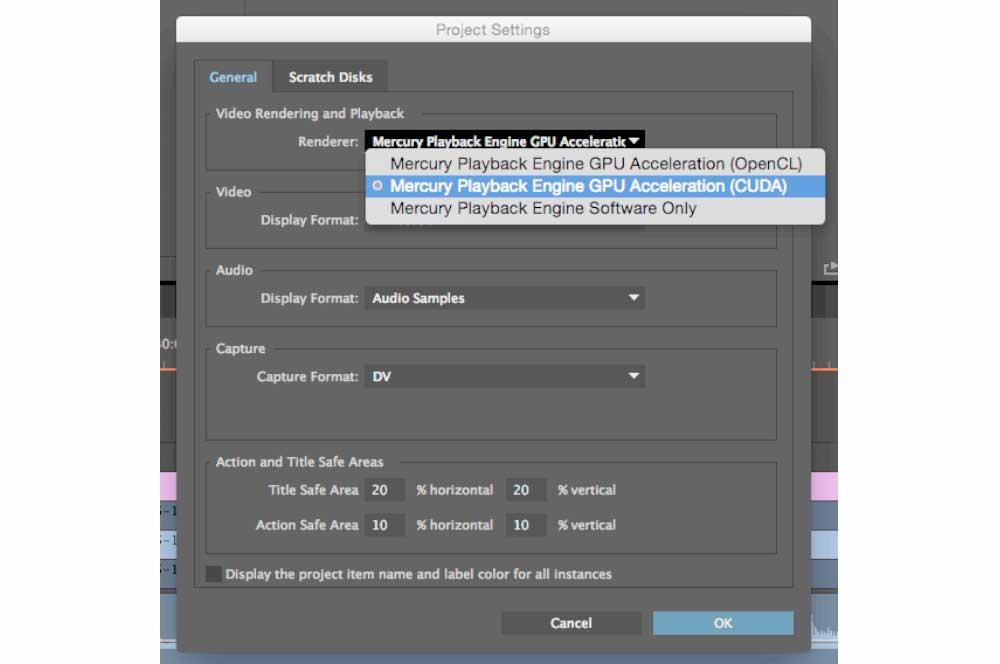 So the first trick is simple, in the project settings what you have to do is select the PlayBack Engine for OpenCL as the video rendering engine if you use an AMD graphics or CUDA if you use an NVIDIA one. This will make the cores of the graphics card take charge of manipulating the video directly, leaving the central processor free and gaining ease when it comes to moving the application.

In the event that you see that even with this the video does not go smoothly enough, then in the timeline, just in the lower right part where the video clip is seen, select that the image that is shown to you is to a reduced resolution. This won’t make a smaller video file, but it will show you a lower resolution one as long as the hardware doesn’t look cluttered. Also use it if you want to edit content at 4K and the screen resolution you work with is lower.

Turn off clips you don’t use

If your composition in Adobe Premiere uses several video clips, then remember to disable the display of the ones you don’t use at all times, because if you don’t, the PC will continue rendering them consuming resources continuously. In other words, what you don’t see on the screen at all times or don’t pay attention to in order to edit, simply remove it from your sight. With this we are not telling you to delete it. 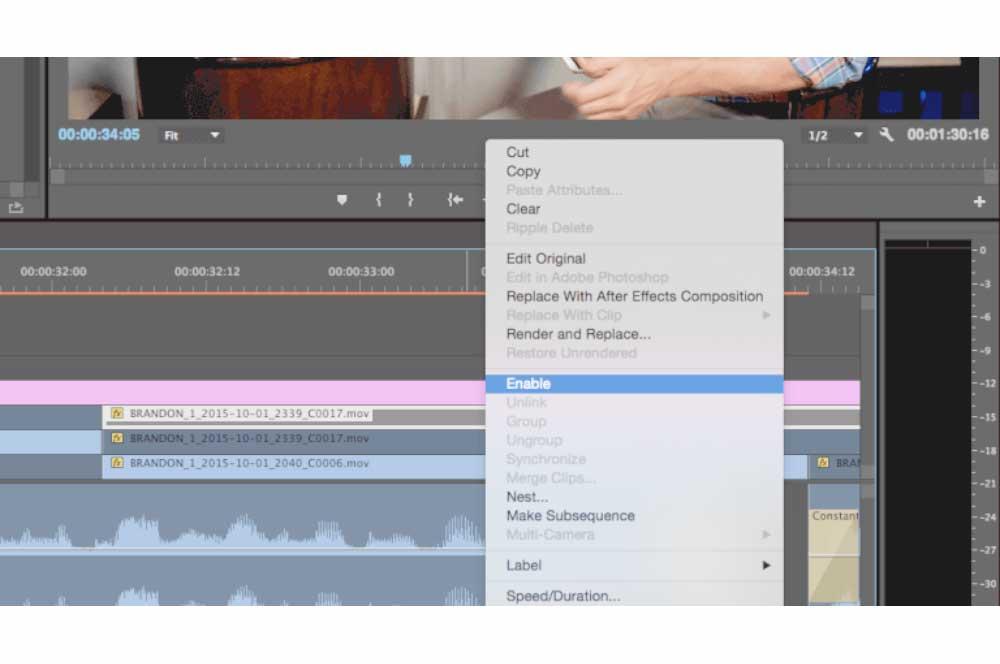 Use an SSD for media cache

As long as you’re not running encoding and decoding all the time, if the system runs out of RAM to operate, then the program sends a dump to the storage drive. The problem? If we are using the operating system’s hard drive for it, then we will see a cut in the performance of the entire PC. The solution? Install an SSD drive in your spare PC and use it as a media cache for Adobe Premiere only. 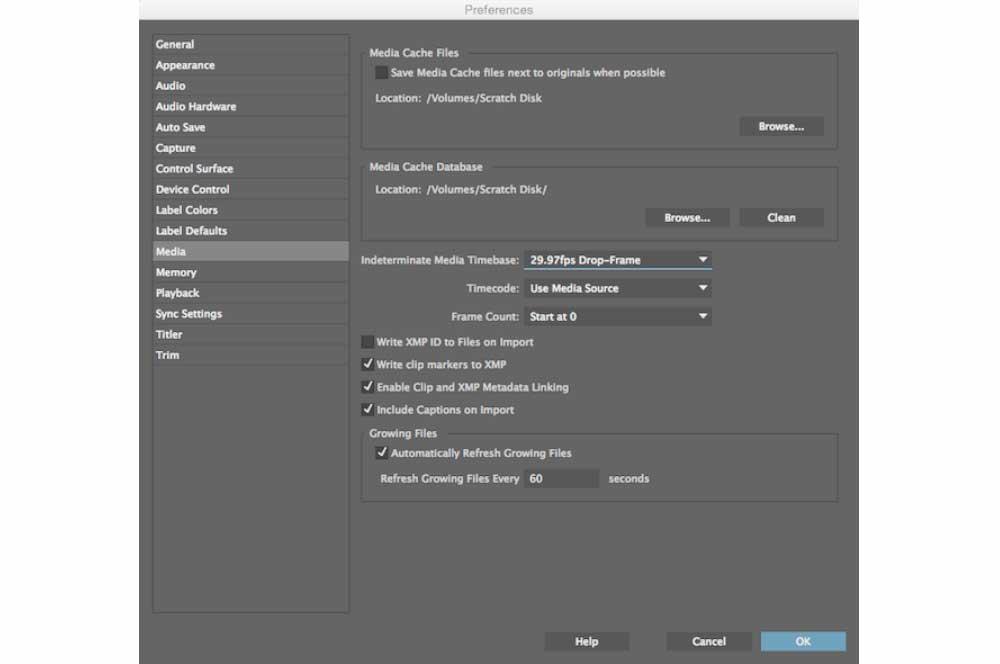