Thanks to eSports, many manufacturers have found a vein when it comes to creating new peripherals and computers clearly focused on competition, which is why a large number of players, with or without aspirations of becoming professionals, have followed the path of their idols. sought at home the same performance of their equipment. And 144Hz displays have now become a staple for many of them.

Why so many hertz? 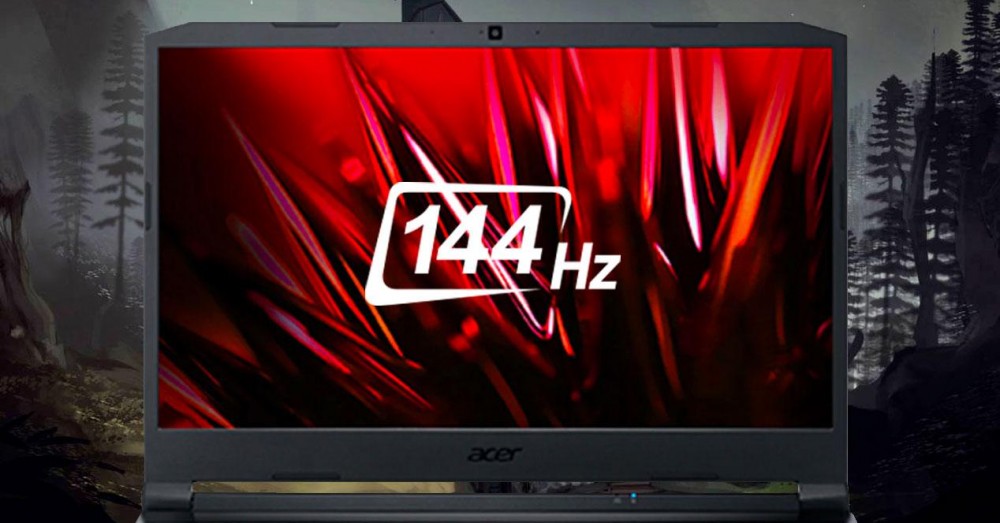 As you know, right now there is a battle on consoles to play at 60 frames per second, although there are already games that support 120. Also, that amount could be translated by stating that a screen is compatible with 60 Hz or, as in this case we are going to try, 144, that is, more than double, so we are going to achieve a more fluid movement of everything that happens during the game . In the case of multiplayer titles, greater precision to detect the enemy and shoot him down.

So this feature practically becomes a necessity to gain those extra frames and either win the champion trophy, or enjoy a much more pleasing and visually immersive experience. So with that objective of taking a leap in quality, we bring you five gaming laptops that offer screens with 1080p resolution (FullHD) and, above all, 144 Hz refresh rate. These are.

In this case, we can get a model that has an AMD Ryzen 5-5600H processor, 16GB of RAM and 512GB SSD that guarantees high read and write rates and short load times. Its screen is 15 inches and meets the requirement of being FullHD at 144Hz. Its graphics card, by the way, is an RX5500M with 4GB . A very balanced and affordable option.

This laptop meets the requirement of the 15.6-inch FullHD screen and 144 Hz refresh rate, although it is sure that you will also like its hardware: Intel Core i7-11800H processor, 16GB of RAM , 1TB of SSD storage and an NVIDIA GeForce RTX 3060 graphics with 6GB, so you will be able to run practically all the games that you have right now available on the market with quality.

Another brand that pampers its gaming laptops is Asus which, with this model, offers us a 15.6-inch FullHD screen, 144 Hz refresh rate, Intel Core i5-11400H processor, 16GB of RAM , 512GB of SSD storage and a 4GB NVIDIA RTX 3050 graphics card. More modest than the previous Lenovo but perfect if you don’t want to spend more than a thousand euros.

Acer has had these Nitro 5s in various configurations on the market for a long time. This one that we bring you today is in the high range thanks to a 17.3-inch screen, FullHD and with 144 Hz. In addition, it installs an Intel Core i7-11800H processor, 16GB of RAM, 1TB of NVMe SSD storage and Wifi 6. Its graphics is an NVIDIA GeForce RTX 3050Ti so we have plenty of power to play everything at the highest quality.