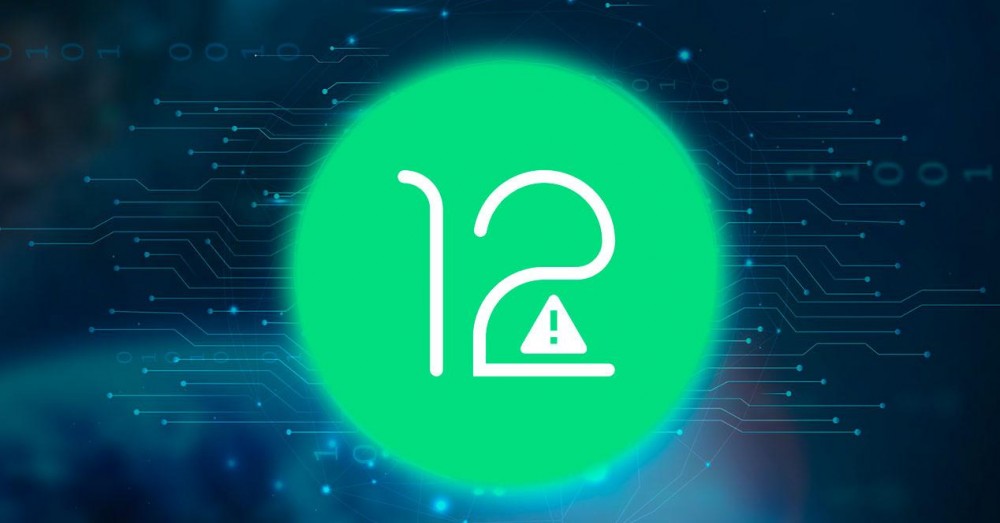 The arrival of a new version of Android is always a reason for strong emotions due to the changes it presents and with Android 12 the news has multiplied, although this does not prevent us from running into many bugs. Currently the system is in beta number 3, which in our opinion causes the most failures and for which it is not worth updating the smartphone.

As you will see, the errors in some cases are insignificant and on other occasions they generate complete discomfort with the terminal. For all this, betas are usually recommended only in non-personal terminals, so that these problems do not end up becoming a reason to hate the mobile. If you have not yet accessed the beta with Android 12 problems , we recommend that you keep waiting until August, the final versions leave us with better feelings.

It is impossible to remove missed calls

Although it is an error that can take time to detect, when someone calls us and we do not arrive in time to respond, we will run into a persistent notification that is impossible to remove. This failure in Android 12 can even cause us confusion, thinking that someone has called us again every time we pick up our mobile. The error has been admitted by Google and they will try to solve it as soon as possible. For now, the only thing that allows us to delete the notification is to restart the mobile. 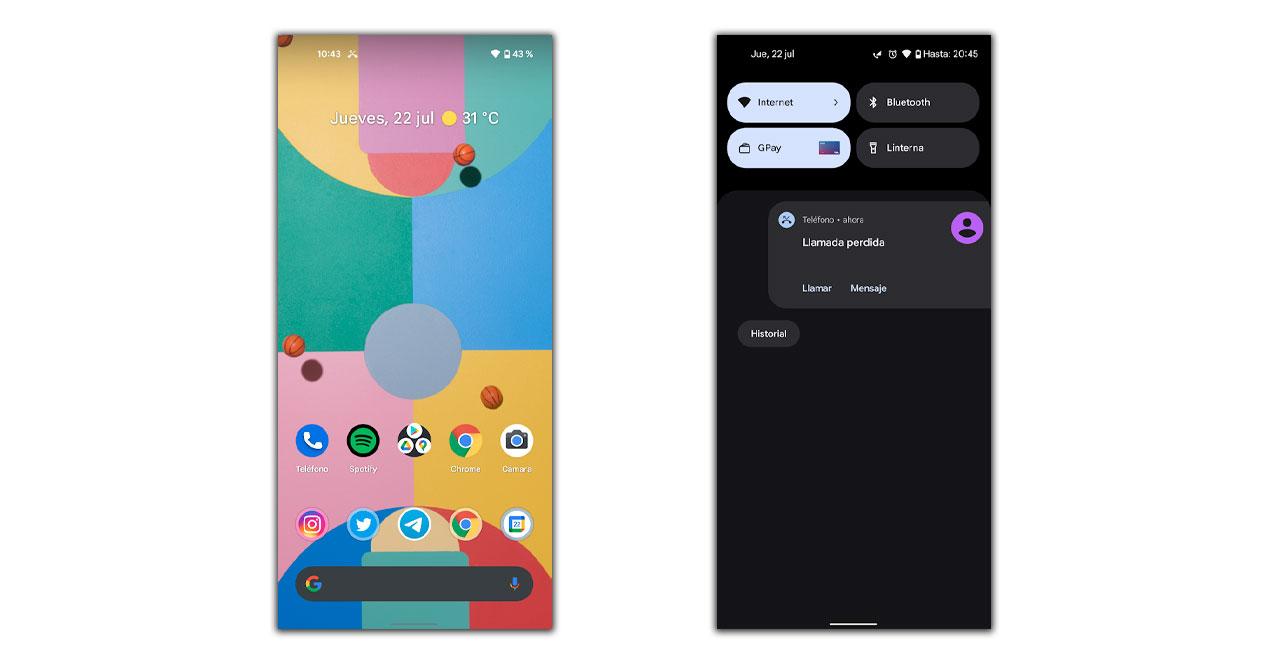 Some users of Google Pixel devices have been unlucky enough to find an infinite Bootloop that does not allow the smartphone to restart. The problem had previously been seen in other Android 12 betas , but this time it has spread to more mobiles. For now, the only thing that can be done is to try to do is access the terminal through recovery mode and then try to turn it on normally.

The big question that we will have with this preliminary version of Android 12 is if the shutdown menu that became a change for Android 11 has been eliminated. Luckily for us, we are glad to know that it has not been like that, but it is nevertheless more complicated to use. Now you can only enter with the terminal locked by tapping on the small button at the bottom right of the screen. While if we resort to keeping the payment button pressed as before, we will only see options to turn off, restart or emergencies. 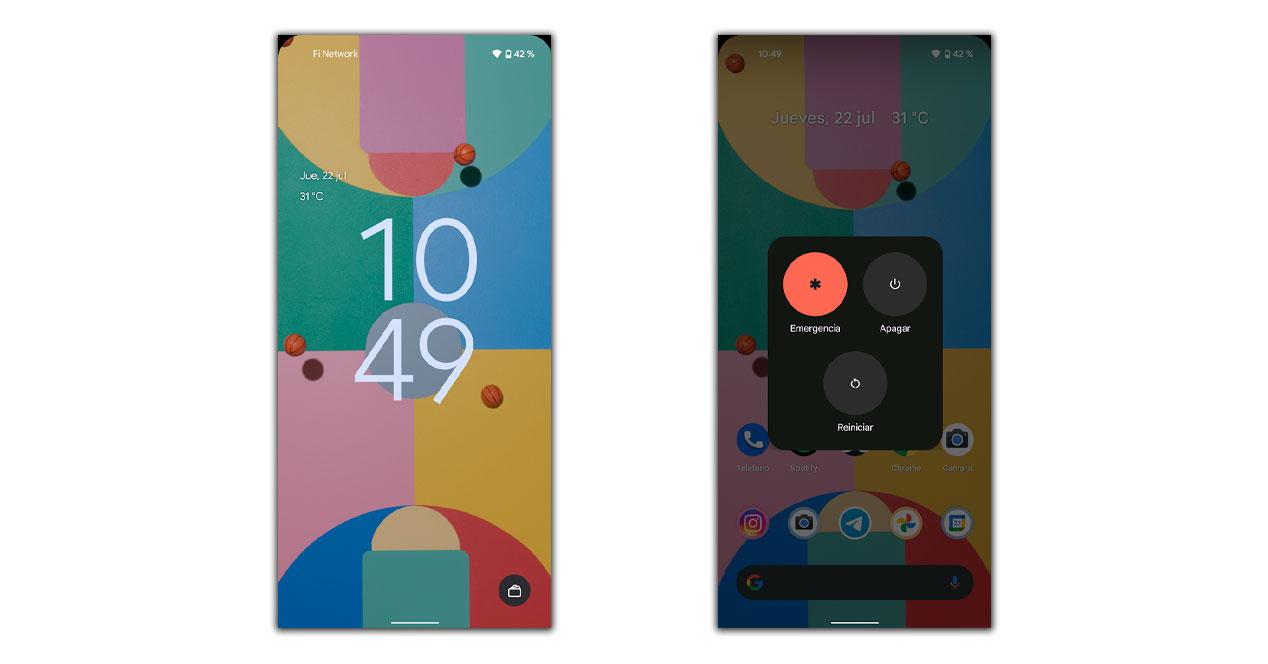 Swiping the shortcuts gets complicated

Randomly from one shortcut tab to the other, the screen does not respond and we have to do it several times until it ends up paying attention to us. This happens on some occasions and not on others, it seems somewhat random.

Bugs at any time

The bugs are constant and can surprise us at any time, as is to be expected in these non-final versions and with which we will have to live. In our case, errors usually occur when trying to search Google from the widget, when we slide the quick access bar or when trying to hold down any access to go daily to a function. 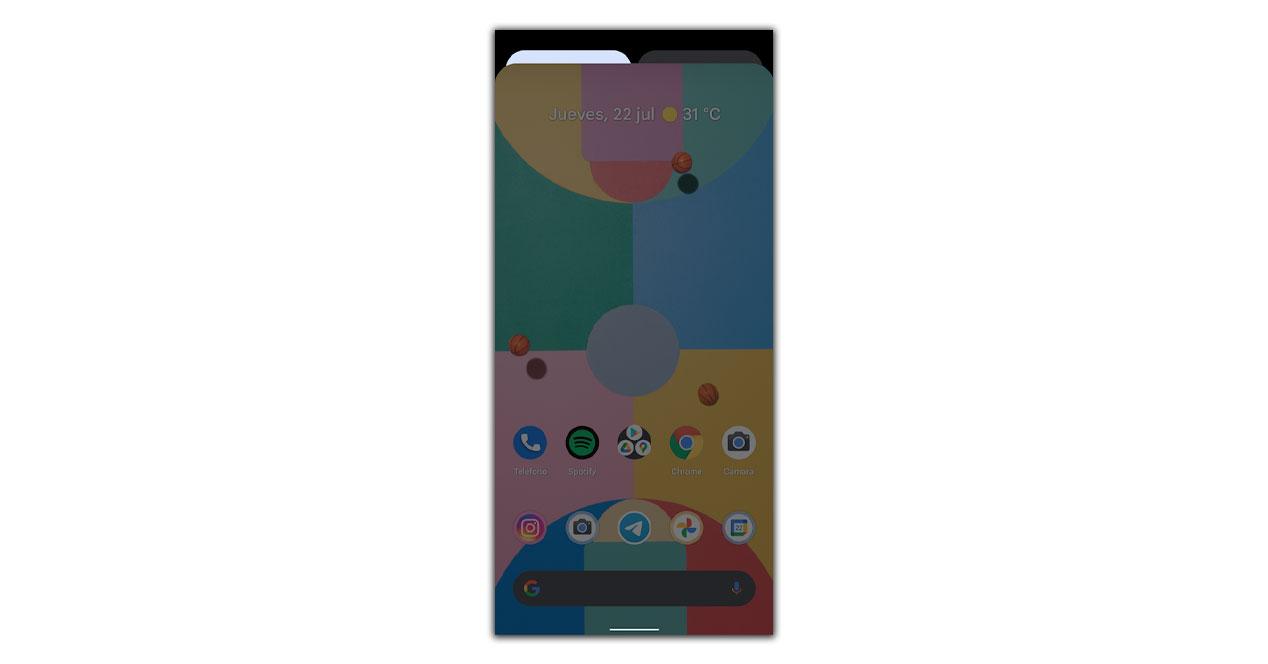 Flickering in some apps

When we enter any app on the system or those that we have installed on our own, some of them begin to blink for no apparent reason. This means that we have to wait a few seconds to be able to use the app normally.

Some buttons are invisible

Among the different accesses and controls that appear on the mobile when trying for example to connect the mobile to a computer, trying to pair a headset or different situations, some of these buttons are not present. What is actually happening is that the background color overlaps the button and we cannot see it.

Color styles have work to do

Among the great advantages of Android 12 compared to its predecessor we find styles, which allow us to change the color of the icons, apply them to the typography and quick access, as well as other aspects of the system. However, there are many errors when we change the color and therefore it is better that we keep them in the default colors for now. 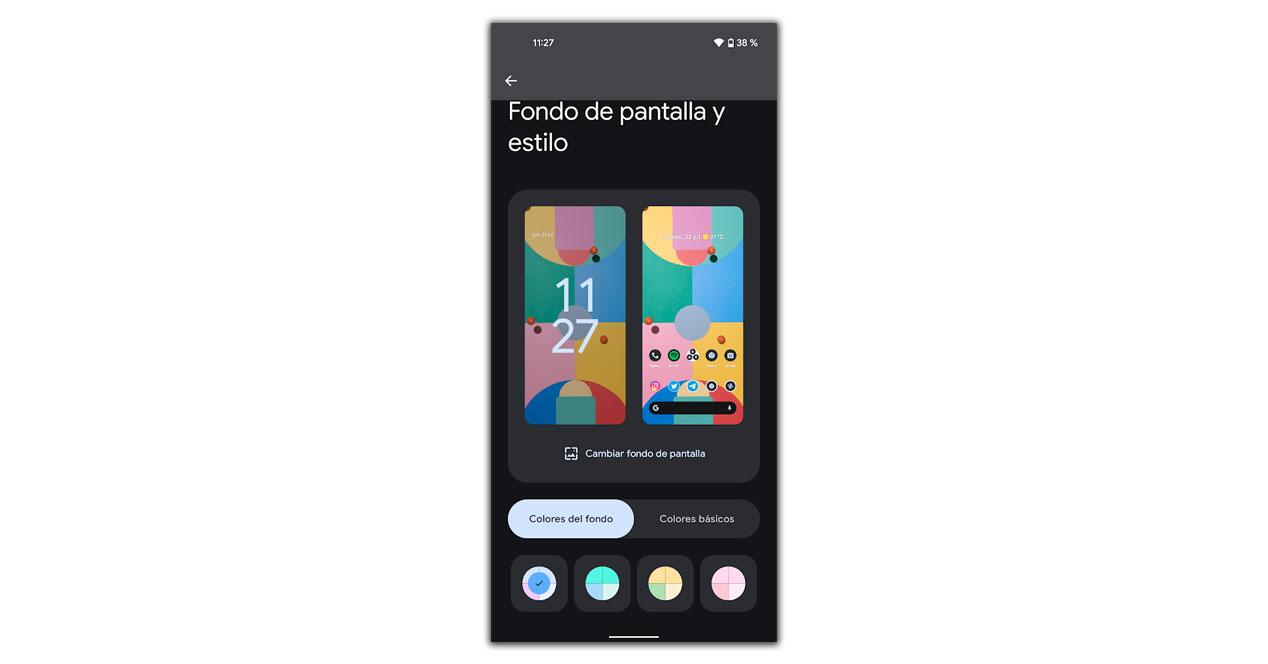 The complaint that some users have repeated more on social networks is that the screen has lost color, something that has to do with the color treatment of Android 12. The saturation has been reduced and therefore the color preferences that the user had it will need to be re-established.

The mobile gets too hot

This situation that could be due to the heat wave has nothing to do with it, because inside the house with a relatively comfortable temperature the phone with Android 12 has had to activate the extreme heat tools. The error is one of the most common in betas, although you have to be careful if you don’t want it to end up being a serious problem.