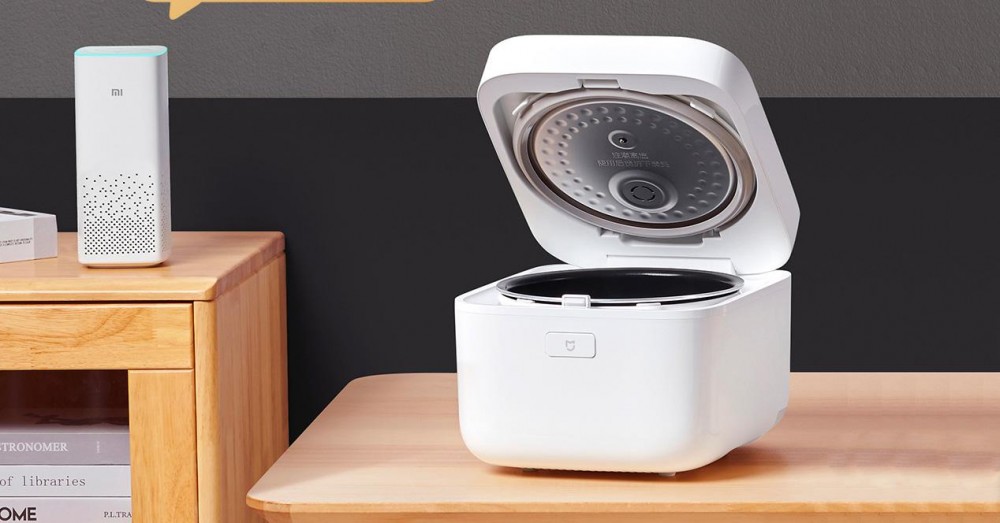 One of the most successful products in the Xiaomi catalog is being renewed, and for this the brand is looking for financing to be able to launch a new version on the market with some important changes and, above all, an extremely interesting price. If at this point you are still cooking sushi rice in a casserole with fear that it will stick, you should take a look at this very practical product.

This new version of the most famous rice cooker in the world once again offers a 3-liter tank in which to introduce water and rice to obtain enough quantity (10 individual servings), and the new technology released in this model will prevent you from overdoing it. with cooking. On the one hand, it has the new IH Surround technology , which is responsible for heating the container evenly thanks to a new pressure valve with a spherical design. While, on the other hand, the container has a thickness of 3 millimeters that, together with a quality non-stick coating, will prevent the rice from sticking.

The most technological touch of this new version is the NFC connectivity , which will simply serve to link your Smartphone with the rice cooker in a practical and simple way. Thus, we can take control of the device from our mobile, control the execution time and define the type of cooking we want to perform.

Another of the smart functions will be the possibility of controlling it through voice commands, however, for now it seems that it is only compatible with Xiaomi’s own voice assistant , XiaoAI, so we do not know if it will be updated to also be compatible with Alexa. and other assistants.

Is this type of device worth it?

Everyone who has tried a rice cooker agrees that it is a magnificent invention. Depending on the type of rice you want to make, you can achieve spectacular results by leaving the grain at a perfect point, especially if you are interested in making sushi at home. Taking into account the quality of the product and the technology included, the Xiaomi rice cooker has become a gadget that is highly demanded by the public, and its price is practically unbeatable.

Available for now in China

The new rice cooker is for now available in China through the YouPin portal, Xiaomi’s crowdfunding portal that helps projects to come to light. Anyway, the product is more than finished, so this launch is more of a temporary promotion than anything else. Its current price on the YouPin portal is 449 yuan (about 58 euros), but it seems that its final price will be 499 yuan (about 65 euros at the change), so it will not be bad either. Taking into account that the other versions can be purchased without problem in Europe through distributors and other stores, we are sure that this model will also reach our market soon.