Xbox Cloud , or xCloud, is Microsoft‘s cloud gaming platform, a clear commitment to the future in which it is not necessary to have a next-generation console, or a top-of-the-range computer, to be able to play the latest titles . Microsoft wants to bring its streaming game platform to all kinds of devices, from its own consoles to televisions, smartphones, tablets and, of course, Windows 10. And now, PC users, with Microsoft’s operating system, you are going to have it easier than ever to be able to play these games.

Until now, users who wanted to play xCloud had to do so through the browser from this link. This method, although very comfortable, is not optimal for many players, since we are not used to associating “play” with “web browser”.

Starting today, Insider users of the Windows Xbox app will be able to access the game in the Microsoft cloud much faster and easier. And the only thing we will need is to be Xbox Game Pass Ultimate users, have an Xbox controller (or another) connected to the computer and an Internet connection.

From now on, if we are going to play Xbox Game Pass on PC, we can forget about the browser. Users who have the latest version of the app (within the Insider channel) will be able to see a new section called “games in the cloud” from which we can access the entire Game Pass catalog. 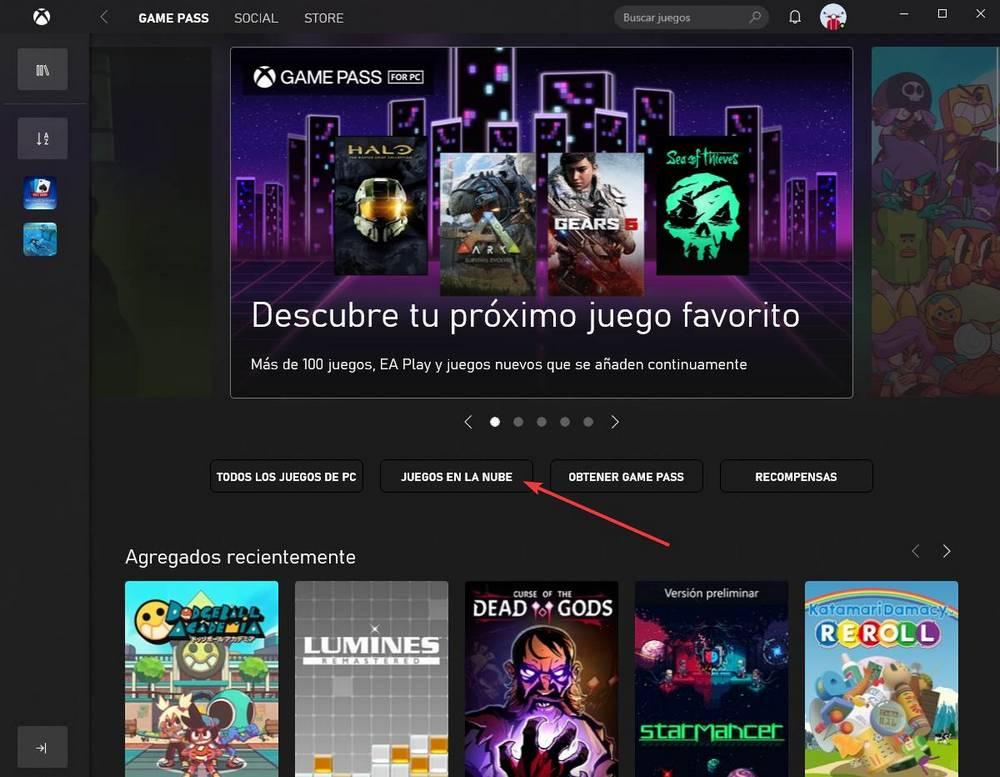 By clicking on it we can see a new section within the application. And the first thing it is going to show us is if we meet the requirements to be able to run the games. Specifically, if we have an Internet connection and a remote connected to the PC. 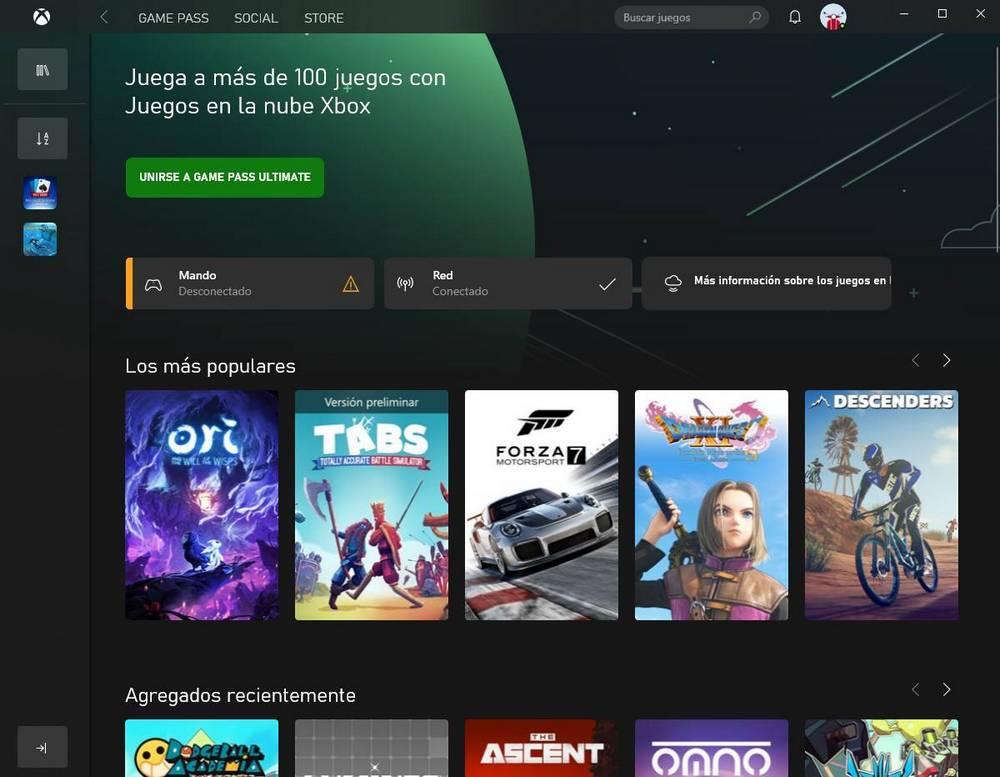 When we complete it all, we will simply explore the library of games, select the one we want to play and launch it, that simple. We will not have to do anything else, or access the game from the browser. The Xbox app will connect to the company’s servers and we can start playing. 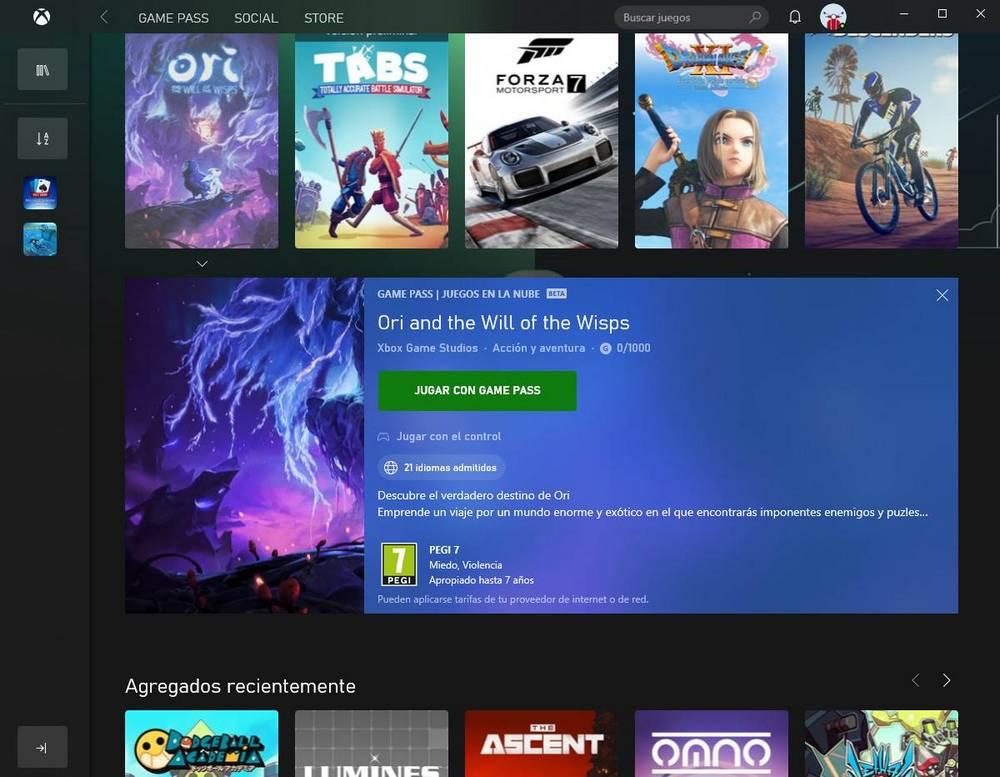 We remind you that this service is still in beta, so the experience may not be as optimal as we could hope for.

How to activate the beta version of the Xbox app

First of all, make it clear that the Insider version of the Xbox app has nothing to do with becoming Windows Insider users. We are not upgrading to Windows 11, or unstable versions of Windows, just for testing this application. Therefore, we can do it in complete safety.

The first thing to do is download the Xbox Insider Hub app from the Microsoft Store.

Once the application is downloaded, we open it. To join this channel, we will click on the “Preliminary versions” section and select ” Windows Gaming “. 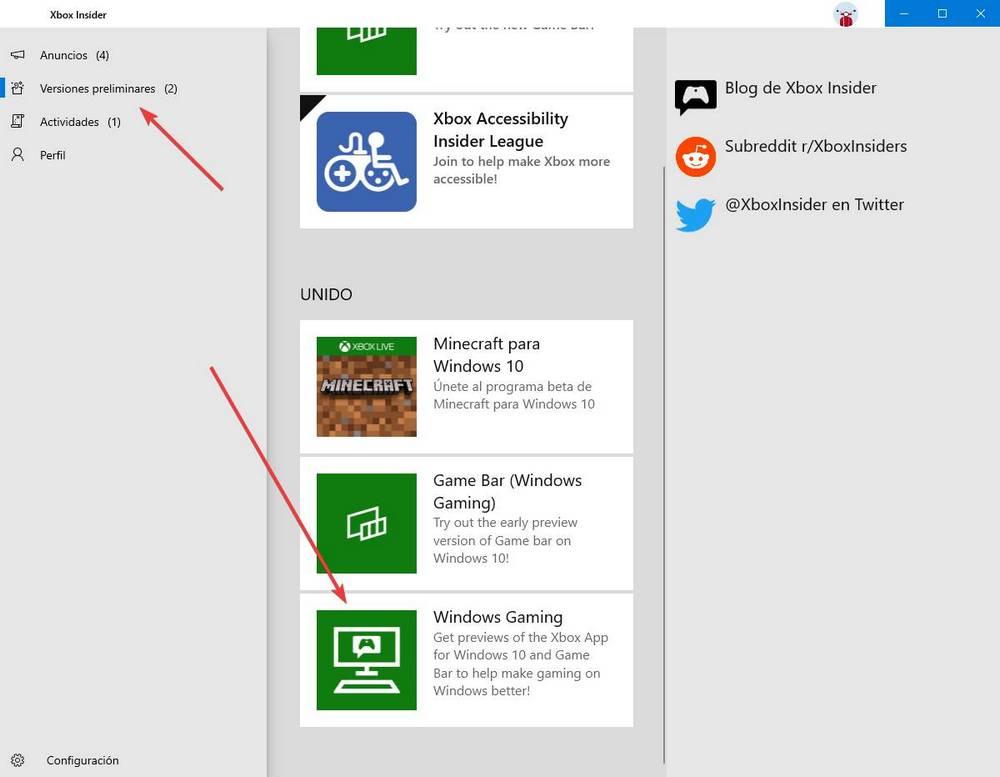 In the new screen that will appear, we will click on “Manage” to see the options we have. 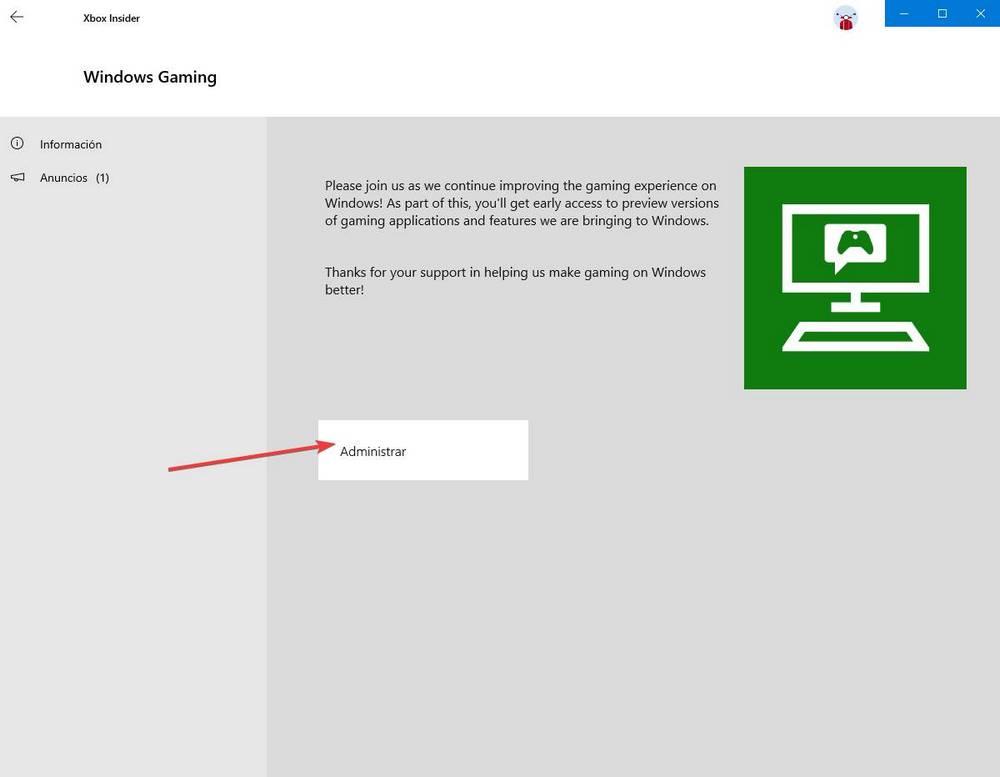 We select that we want to join the Windows Gaming beta, and save the changes. Clever. We are already Insider users of the Windows Xbox app. 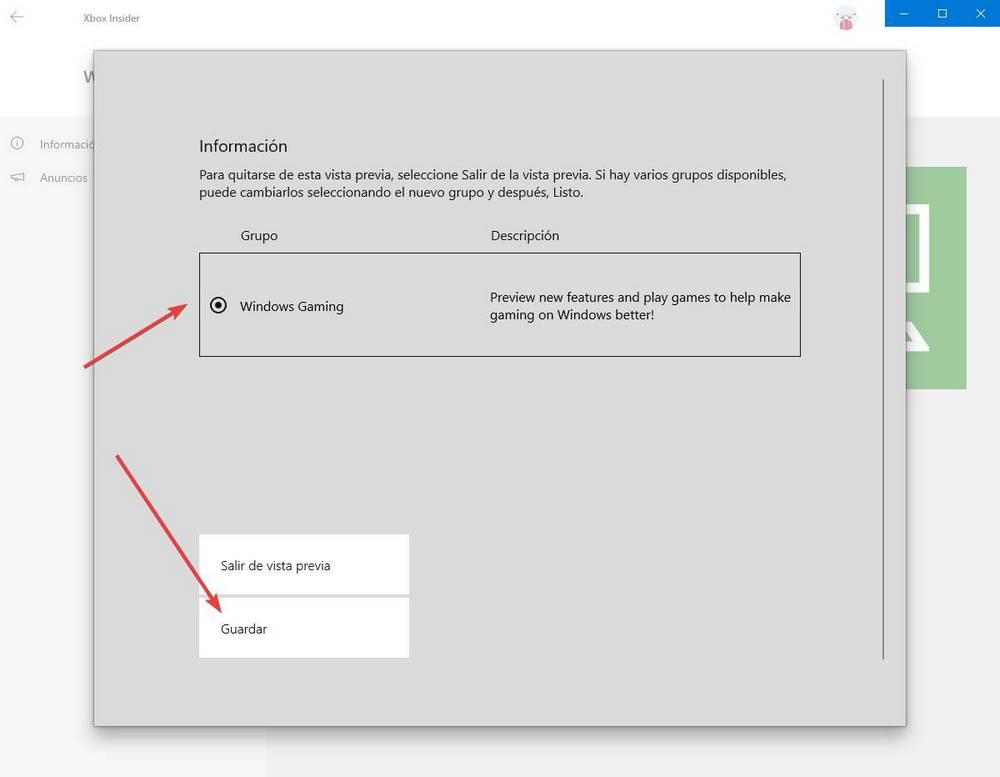 The only thing left to do is restart the computer (optional) and enter the Microsoft Store to download the new version of the app from the download center. Once the update is downloaded, we run the app and we can see all the options that we have seen in the previous step.