All those students and professionals in web design and layout require specific programs in order to carry out their work efficiently. One of the best-known softwares is the Adobe Creative suite, capable of retouching photos and creating vector-based shapes and objects. Instead, we can also choose to use Xara Designer Pro X , with which we can retouch images and carry out layout work from a single program.

2-in-1 software, aimed at designers and layout designers

Xara Designer Pro X is a tremendously powerful graphic design and web editing software with which we can produce all kinds of graphics, documents and illustrations. Thanks to its extensive set of design tools we can improve the quality of our photographs, being able to group them by layers and adding shapes, vector paths and text. This program also has the necessary functions to be able to carry out layout work by managing effects. We will also have templates to create galleries, forms, as well as the possibility of exporting content directly to our website.

In this way, Xara Designer Pro X is aimed at professionals who need to carry out editing tasks (create, edit and improve photographs), website designers (create designs with animations and web content), as well as graphic designers (require creating brochures, posters, logos …) All from the same program.

Once we run Xara Designer Pro X we find an interface that will be quite familiar to us, since it is used a lot in graphics programs. In it we will find the main toolbar that includes basic functions to edit and create vector objects. 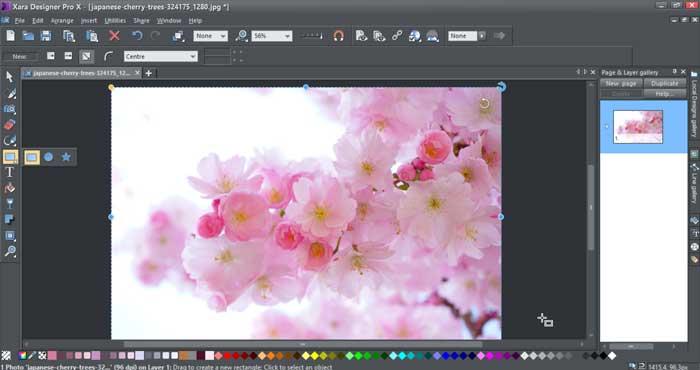 With the Freehand, Shape Editor, Pen and Straight Line tools they will help us to create curves and straight lines, as well as make arbitrary shapes. In the toolbar of the left panel we find some preset object shapes such as Rectangle, QuickShape and Ellipse. The program allows us to round the corners of the figures that we create. To do this we must select the curved corners and enter the corner radius in the upper information bar. 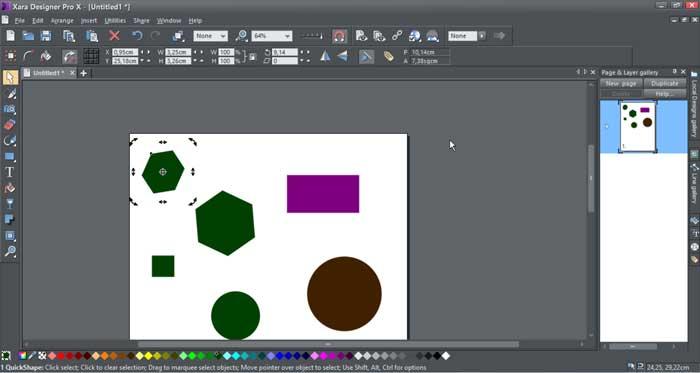 At the bottom we have the color line that we will use to change the color of vector objects. It has both color samples and a color editor for a finer and more exact adjustment of the color we need to choose. With it we can fill out figures or choose the type of writing we need at all times, having a wide variety of colors and tones so that we always find exactly what we need for each occasion. 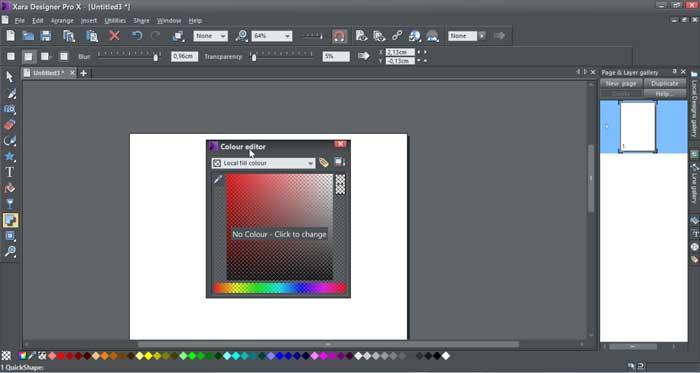 In the side toolbar we also have a text tool with which we can work with all kinds of texts. In this way we can select the font, size, add bold, italics, as well as the possibility of creating numbered and bulleted lists, something unusual in other vector editors. 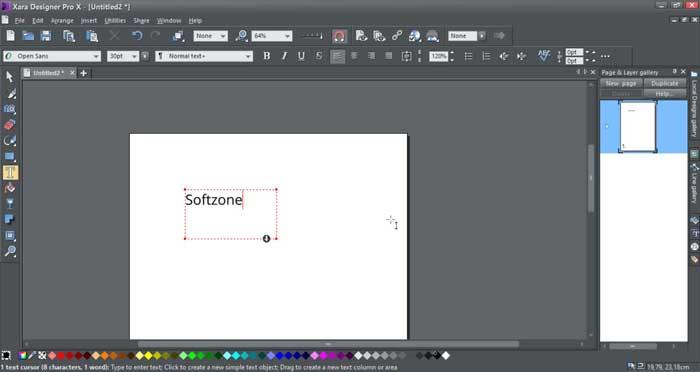 A fundamental function provided by Xara Designer Pro is a tool to create shadows from vector targets. This tool is found in the left side menu under the name of Shadow tool . With it, we can create three types of shadows, making it possible to control the density of the shadow. Shadow is a unique vector object, making it easy to manipulate, for example, replacing one color with another. 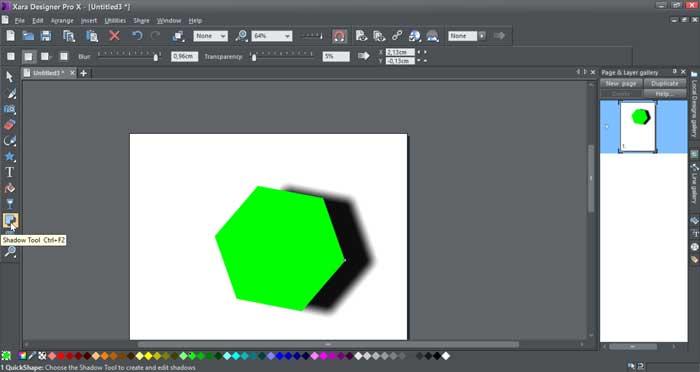 Xara Designer Pro X is a paid application, so we must acquire its license to be able to use it. If we want to try it before deciding on its purchase, we have a 30-day free trial version that we can download from its website. Its price is 299 euros in case of new acquisition and 129 euros in case we want to update it. The program is presented entirely in English.

If you need a program with which you need to carry out layout work and image designs, we propose some equally valid alternatives to Xara Designer Pro X.

It is one of the most popular applications for doing layout and graphic design work. It has all kinds of templates and settings, as well as wide compatibility with numerous video, audio and image formats. If we want to try it we can download a free trial version from its official website.

It is a professional layout software with which we can carry out all kinds of work such as magazines, posters or brochures, allowing us to combine all kinds of graphics, images and text. In addition, it allows you to export and import raster and vector files, including PSD, PDF and EPS formats. A free 90-day trial version can be downloaded from their website. If we want to buy your license, it is currently priced at 27.99 euros.