Despite the large number of Linux distributions that we can choose to be part of our PC, there are some more popular and loved than others. Perhaps among the most prominent here we can talk about Ubuntu, one of the most preferred distros.

We tell you this because many of those who make the determination to migrate from a Windows computer to an open source distribution, opt for this proposal. Perhaps it is because of its similarity in some respects to the Microsoft system , its enormous compatibility with drivers and applications, or for any other reason. But the truth is that Ubuntu and its derivatives are the most popular operating system in this type of environment. Of course, it is not the only proposal of these characteristics that we can sing about if we want to use an Open Source system. But with everything and with it, Ubuntu is undoubtedly one of the most popular. However, as with the rest of the distributions, or with the system most used in desktop computers such as Windows, this one is not perfect. Hence precisely the updates that its developers send us periodically.

On the other hand, it should be noted that this proposal, as with many other similar ones, put at our disposal a large amount of software to choose from . Corresponding to each sector of this, we find a good amount of solutions and titles. But it is possible that some who come directly are accustomed to using Windows, they miss some specific programs. It is precisely about them that we are going to talk to you below so that you can get an idea if you are thinking of migrating.

What applications do we miss when moving from Windows to Ubuntu

The first thing we must take into consideration is that, despite not finding certain titles in Linux distributions such as Ubuntu , there are very interesting alternatives. Starting from that base, those of you who are used to certain applications that you use in the Microsoft system, it is very possible that you will miss them when migrating to an open source distribution. Some of the main software proposals that Adobe offers us serve as a clear example of all this.

Among these we can make a mention of the popular Photoshop image editor, Illustrator, or Acrobat for working with a plain PDF file. Similarly, another set of applications that you may miss here are those that are part of Microsoft’s office suite, we are talking about Office. Therefore, in Ubuntu we will have to do without programs of the importance of Word , Excel or PowerPoint. But as a substitute we can use the suite my open source LibreOffice that will help us to a great extent to forget about the proposal of the software giant. 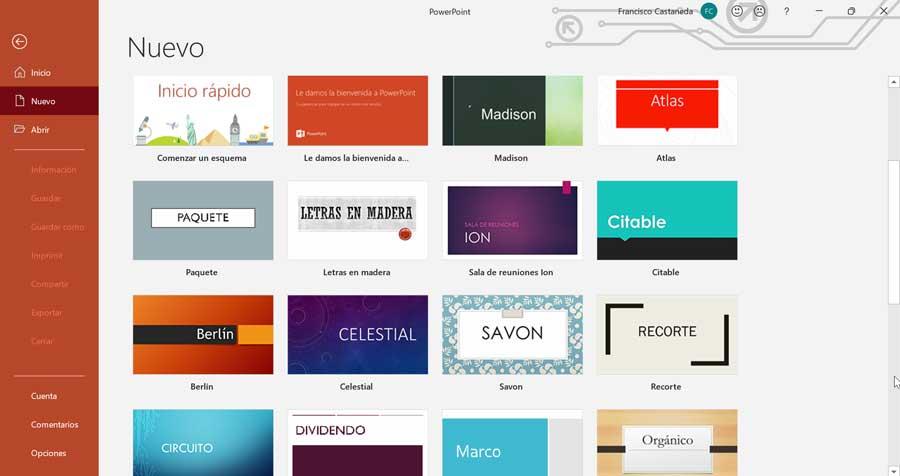 In the same way, here we will have to change the P2P uTorrent client for another like Transmission. Nor is it necessary to remember that in Ubuntu we will have to put aside many of the Microsoft programs that work locally, in addition to the aforementioned Office . We talked about proposals such as Outlook , Skype and other software solutions that we were more than used to in Windows. But as we mentioned before, we can always look for alternatives that will help us take the step.