Everything related to the reproduction of multimedia content that is more widespread among users’ PCs than ever. To a large extent this is due both to the current equipment and the software that we can use for these tasks. Among the many options available we can highlight titles such as Kodi or VLC.

There are many programs of this type that we can use to download and install right now on our computers, among other computers. But over the years these two that we are talking about have settled and are preferred by the vast majority. While VLC has earned the respect of millions around the world in recent times, likewise Kodi, formerly known as XBMC , has been improving substantially. In fact, we are reaching a point where many users are putting aside the VideoLAN proposal to opt for its competitor. There are several reasons that we can list that are leading users to make this decision. Precisely in these lines we will talk about the most important ones for which many are migrating from VLC to Kodi in a constant trickle.

There is no doubt that one of the secrets of Kodi’s success is its add-ons . By this we mean a series of add-ons in the form of small pieces of software that are added to the program itself. These add new functions to it, improve its interface, or give us access to certain content directly. The add-ons that we talk about on many occasions have generated a lot of controversy because some of them are illegal as they give access to copyrighted content.

But at the same time we have many other alternatives of this type that make Kodi become a fully customizable and very powerful software. Therefore, these elements are attracting a lot of attention from users who leave VLC aside.

Its interface independent of the operating system

It is also worth noting that the program we are talking about has a user interface that is somewhat peculiar and independent of the operating system where we install it. In fact, we could say that when we start Kodi, it seems that we enter our own operating system that allows us to reproduce, manage and carry out all kinds of actions and functions with our multimedia content.

What’s more, at first this interface could be considered a bit confusing since it is different from what we are used to. But after a little use we will see that it worked very effectively.

Types of content to deal with in VLC or Kodi

To all this, we can add that VLC is limited to the reproduction of all types of audio and video file formats . However, Kodi gives us the opportunity to work with other somewhat more peculiar content such as photos, programs, games, etc. How could it be otherwise, this opens up a wide range of possibilities in terms of the functionality of the application itself.

In this way, the greater diversity of support with different types of multimedia files makes this proposal a little more attractive than the popular VLC for many.

Both programs that we mention in these lines can be considered as multimedia players. However, contrary to what happens with VLC, Kodi goes one step further. In fact, more than a player, many define it as a multimedia center. The main reason for all this is that the program not only focuses on the reproduction of all kinds of content, but also on the management and organization of libraries . 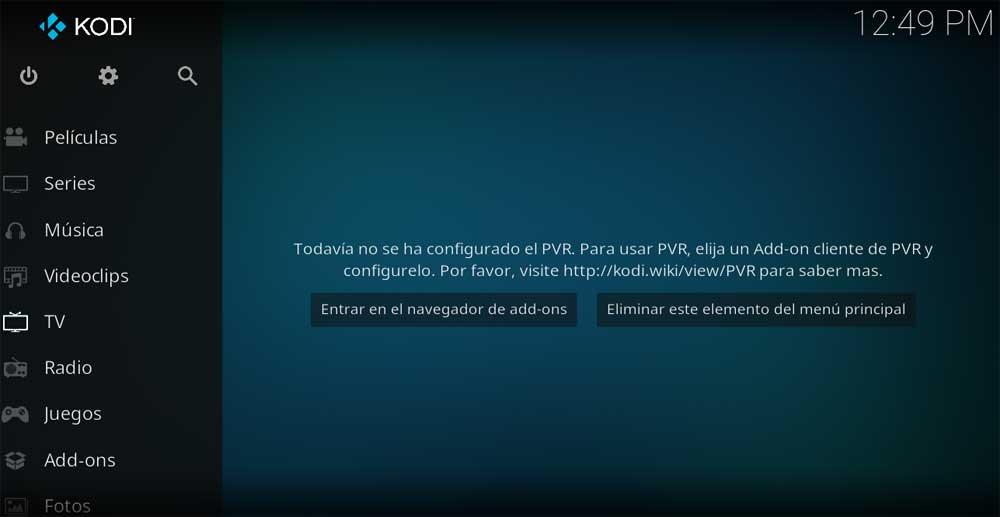 Thus, we will have the possibility of creating and personalizing them depending on our needs and that they are composed of videos, photos, TV channels , games, radio stations, music , etc.