The speed tests that we can carry out to check the real speed that reaches us from the Internet connection, are not recommended to do them to check the WiFi speed that reaches us to a device, because what these tests measure is the speed from the client to the test server, so the real download and upload speed of our Internet connection is analyzed. In many cases it is possible that our Wi-Fi connection is higher than the Internet connection, and in other cases, that it is clearly lower, believing that it could be a problem with the operator, and it is really a problem with our WiFi client.

Reasons not to do a test to measure WiFi When a speed test is performed on a website, what is done is the average download and upload from the client that is doing the test, to the speed test server. If you did speed tests to check WiFi speed at home, you should know that you are making a mistake, and you should not measure wireless speed in this way.

When we do a speed test to measure WiFI, we must take into account the following aspects:

Although the Internet connection is faster than the WiFi speed, you should also take into account the following:

Due to all these problems that we can find when doing the tests, it is best to do the tests locally , using a client-server program. The two most used and recommended programs are Jperf and also iperf3 , for both programs we have complete tutorials in this article. Thanks to these programs, we will be able to check the WiFi speed reliably, of course, the computer that acts as a server should be connected via network cable to the router or switch, and not have it connected via WiFi. 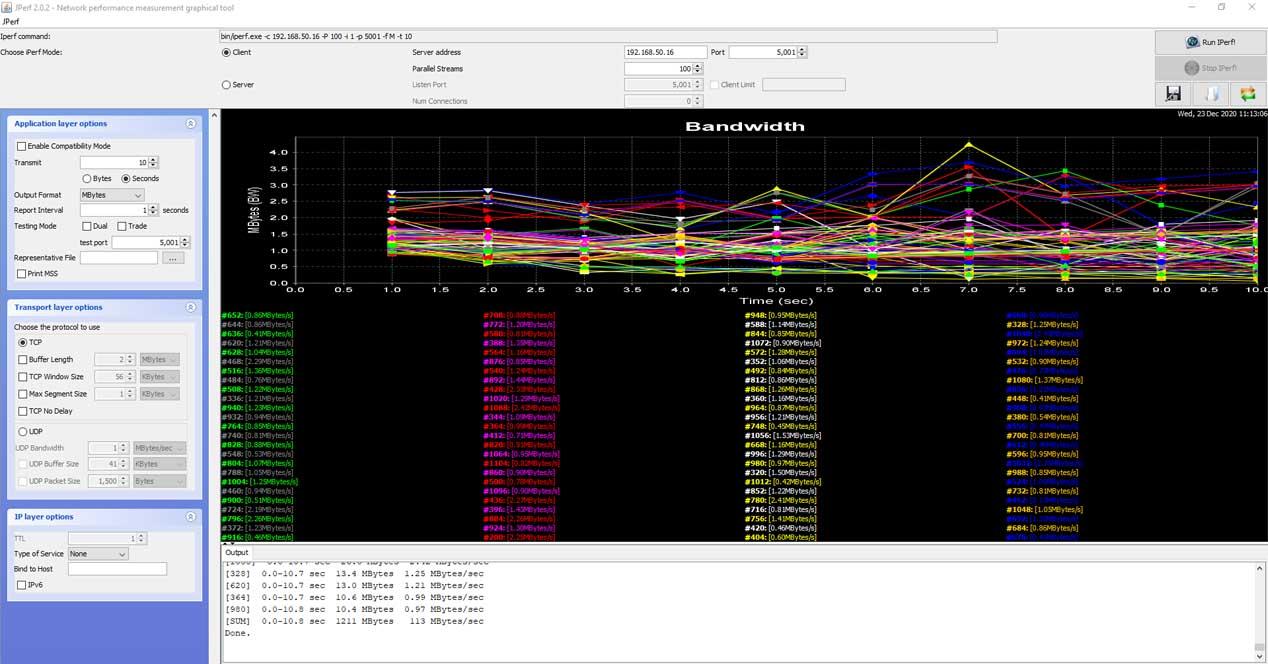 In the case of jperf2, we have a graphical interface based on Java that will greatly facilitate the execution of the test, however, our recommendation is that you use iperf3 through the Windows command line. This last program is much more accurate and reliable, in addition, if you have devices with Wi-Fi 6 or Wi-Fi 6E, it is highly recommended to use this last program because for speeds greater than 1Gbps real it is more accurate and does not have as many problems. like jperf2.

Once you have configured the server on a PC connected via network cable to the router or switch, you will have to use the same program on computers, or download the applications compatible with iperf2 (jperf) or iperf3:

The operation of mobile applications is exactly the same as on computers, in addition, we have a fairly intuitive graphical interface with which we can configure how we want to carry out the speed test.