Currently there are several VPN protocols that allow us to connect securely and privately through the Internet, within the paid VPN services, Surfshark VPN is one of the best services you can purchase, because it has multiple VPN protocols such as IPsec IKEv2 , OpenVPN and also the new WireGuard VPN protocol that will allow us to navigate at a really fast speed through the Internet, and with minimal latency, thanks to the fact that it is much faster and more efficient than the rest of the protocols that we have available. Do you want to know which is the fastest VPN protocol if we use Surfshark VPN ?

What general characteristics does Surfshark have?

Surfshark is a paid subscription VPN service, the main feature of this service is its low price and the great performance in terms of speed and latency that its VPN servers have all over the world. Thanks to this service, we will be able to connect to the VPN servers that are in your own country, or in almost any country in the world, since it is one of the services that has the most servers spread all over the world. With its virtual private network service, we can surf the Internet with security and privacy, since all traffic is encrypted point-to-point from the client to the VPN server, in addition, we have additional features such as the ability to block advertising, avoid tracking of Internet operators and much more, such as the possibility of defining a white list with the programs that we want to use the Internet connection of our operator. 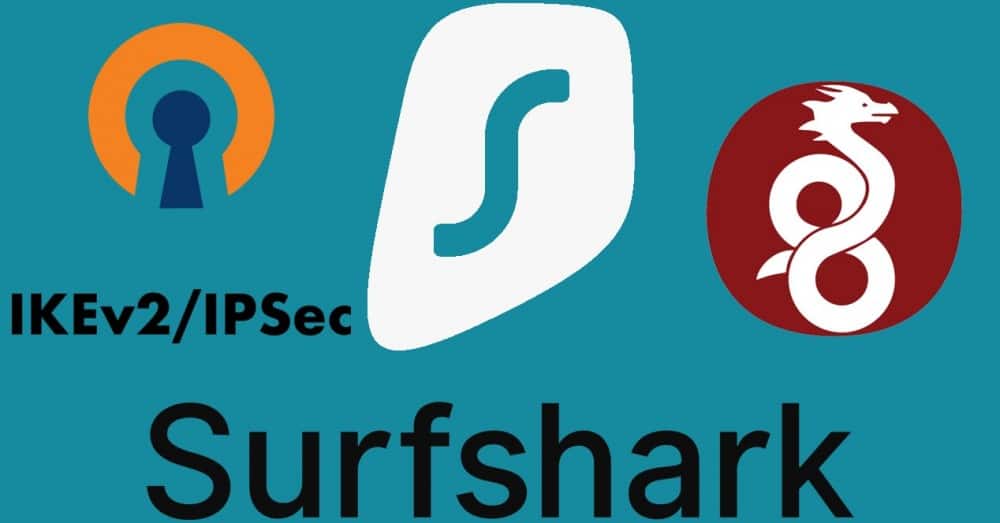 Other features are the possibility of configuring a VPN Multihop, where we give two jumps through VPN servers to increase the security and privacy of the data, although it will also cause the real speed to decrease by having to take several jumps. Finally, we have a kill-switch that will prevent data leaks in the event that the VPN goes down.

Surfshark is compatible with Windows, MacOS, Linux, Android and iOS operating systems, although we also have extensions for the Chrome and Firefox web browsers. Finally, we will always be able to download the OpenVPN profiles and use it on any computer that supports the OpenVPN protocol, such as home routers that have an OpenVPN client to route all traffic through the VPN. This is ideal for routing our TV traffic through the VPN, and being able to watch Netflix or Disney + in the US, among many other countries.

We recommend you read our complete analysis of Surfshark VPN where you will find all the details about its features and possibilities.

Surfshark currently supports different VPN protocols, although by default it is in “Automatic” mode, where the software itself will choose both the closest and fastest VPN server, and will also choose the best protocol, we ourselves can force the protocol to use. The VPN protocols that this VPN supports are the following:

Below, you can see a screenshot of the different VPN protocols in the version of Surfshark for Windows 10: 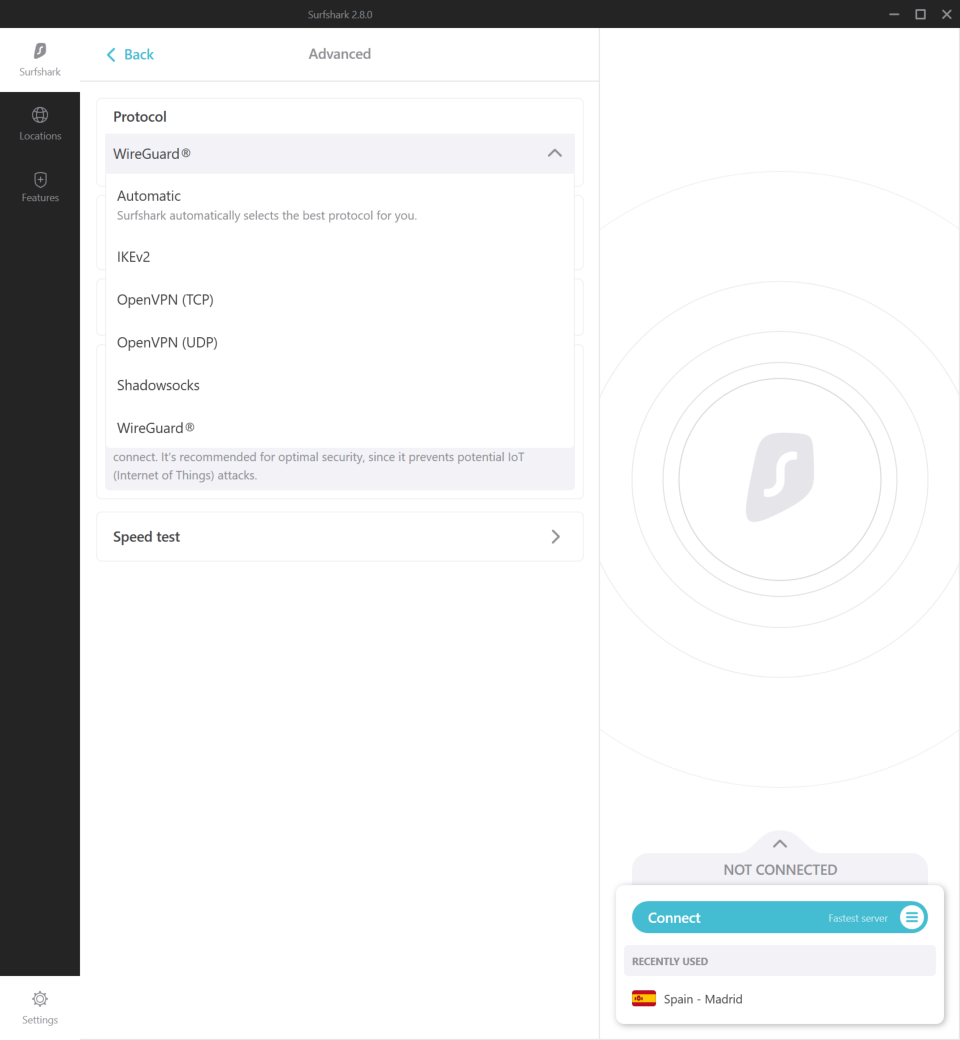 In this article we have recorded a complete video about the Surfshark VPN service, how it works, the main configuration options of the program for Windows 10, and also about the speeds that we will achieve with the different VPN protocols: IPSec IKEv2, OpenVPN and WireGuard.

We are sure that the result will surprise you, because we have used a symmetric 600Mbps Internet connection, and there is a VPN protocol that achieves precisely this speed, the maximum possible for our line. We recommend you access the official Surfshark VPN website where you will find all the details about this VPN that is capable of achieving more than 600Mbps real speed, ideal for streaming 4K video from multiple devices without problems.