At last. Years and years of requests, and months of tests have culminated today: the dark mode for WhatsApp is now available . The big applications of the market such as Twitter, Telegram or YouTube have already had this mode for a long time, and finally WhatsApp has already officially received the dark mode on iOS and Android, one of the most anticipated WhatsApp 2020 novelties .

This was announced today by WhatsApp itself, launching the corresponding stable versions of the application that include this expected function. The announcement was imminent since this morning, since WhatsApp had changed the profile images of social networks such as Twitter, Instagram or Facebook. The version of WhatsApp for Android that includes the dark theme is 2.20.64 , while the iOS version is 2.20.30 , which are available in the respective stores of each operating system. Both versions already have the new mode in the settings of the application designed so that we can use it without going blind at night; especially when we open the app in the dark and the white flash of the new “WhatsApp from Facebook” hits us.

WhatsApp highlights that there are two important reasons why they have decided to introduce this change. The first and most logical is to reduce visual fatigue by improving readability, which is why they have chosen colors similar to those offered by the dark modes of iOS and Android. Secondly, they also wanted to organize the information respecting a hierarchy, so that users can focus their attention more easily on the screen.

Battery saving will also be important in mobile phones with OLED screen , although it still does not approach the customization options that Telegram allows in this aspect, where it is possible to put the black background to prevent those pixels from turning on.

WhatsApp has published a video to celebrate the arrival of the dark theme called “Hello Darkness” in which they show all situations where the high brightness of the screen can be annoying. In the background we can hear “The Sound of Silence” by Simon & Garkfunkel, where the words “Hello darkness, my old friend” are mentioned.

How to activate WhatsApp dark mode on Android and iOS

Activating the dark mode of WhatsApp is very simple, and will depend on the operating system we use. If we have Android 10 or later, we will only have to activate the dark mode in the system settings, and the app will read it natively. 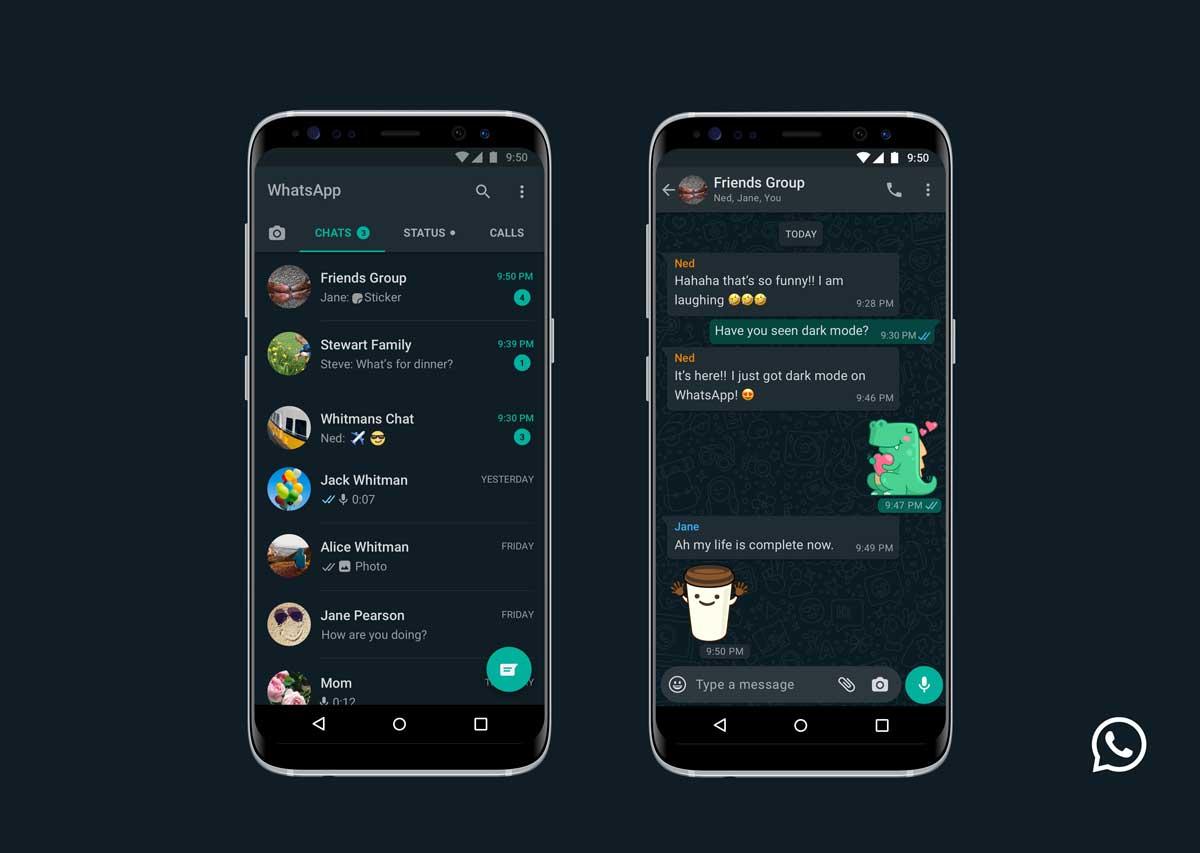 In the case that we have Android 9 or earlier, it is necessary to go to Settings> Chats> Theme, and in there choose. 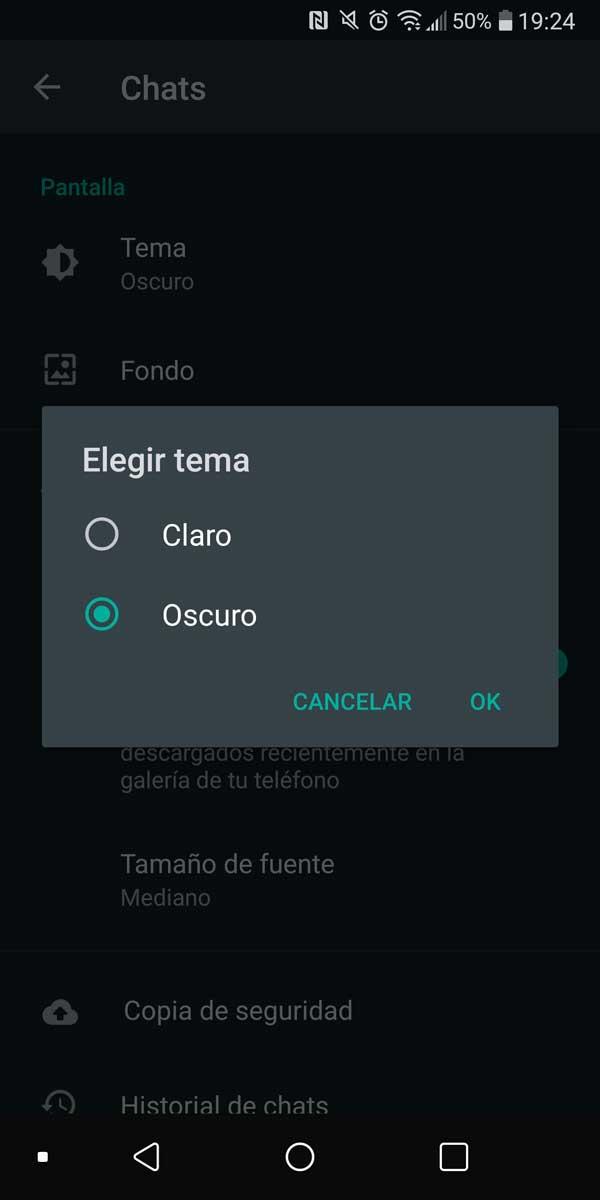 For iOS we are somewhat more limited, since only iOS 13 users can enjoy this new mode. For this, it is necessary to change the system settings to activate the dark mode, and in the same way as in Android 10, the app will read that setting and we can already enjoy it. 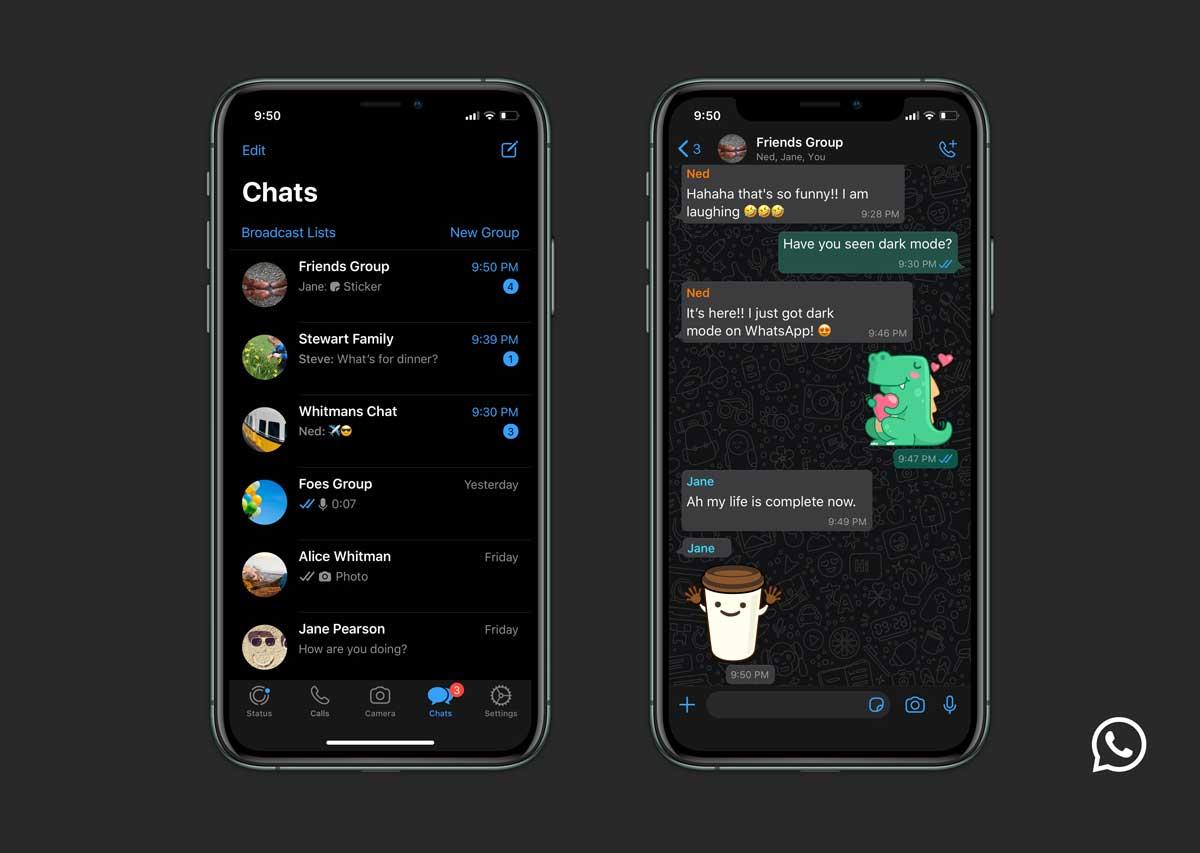