Heat is an environmental factor that directly affects any component of a PC, but there is one in particular that suffers especially: your graphics card. It doesn’t matter what range of GPUs you have, the model or the series, when temperatures rise, the risk factor of failures in them increases and for this reason today we are going to see some tips to keep your graphics card cool in summer and thereby preserve its integrity. .

We always say it and this time it was not going to be different: in computing there are no miracles, there are continuous optimization and improvements that normally cost either time or money. For this reason and with the mind set on spending what is essential, we are going to see what we can do with the component that is most sensitive to temperature. Is it possible to keep your graphic cool in the middle of summer?

To answer this question, we must first define what we mean by “fresh” as such, because the quick answer would be yes, but obviously at the checkbook. Therefore, by fresh we are going to refer to a series of degrees less than what your PC would be today, a range that could take us to several degrees of improvement or a few, depending on what is chosen.

We understand by hot GPU that which, while playing a demanding game, is over 80º C or above , putting at risk either the frequencies and performance or the integrity of its components, such as VRM or VRAM. With that said, let’s get down to business.

It is a classic, but here we will add to part of the rigor fans that can be better or worse depending on the pocket, two more factors to take into account. First of all, the change of chassis directly. A good case improves the temperature of our GPU by quite a few degrees, especially if it includes fans with good performance and noise as standard. 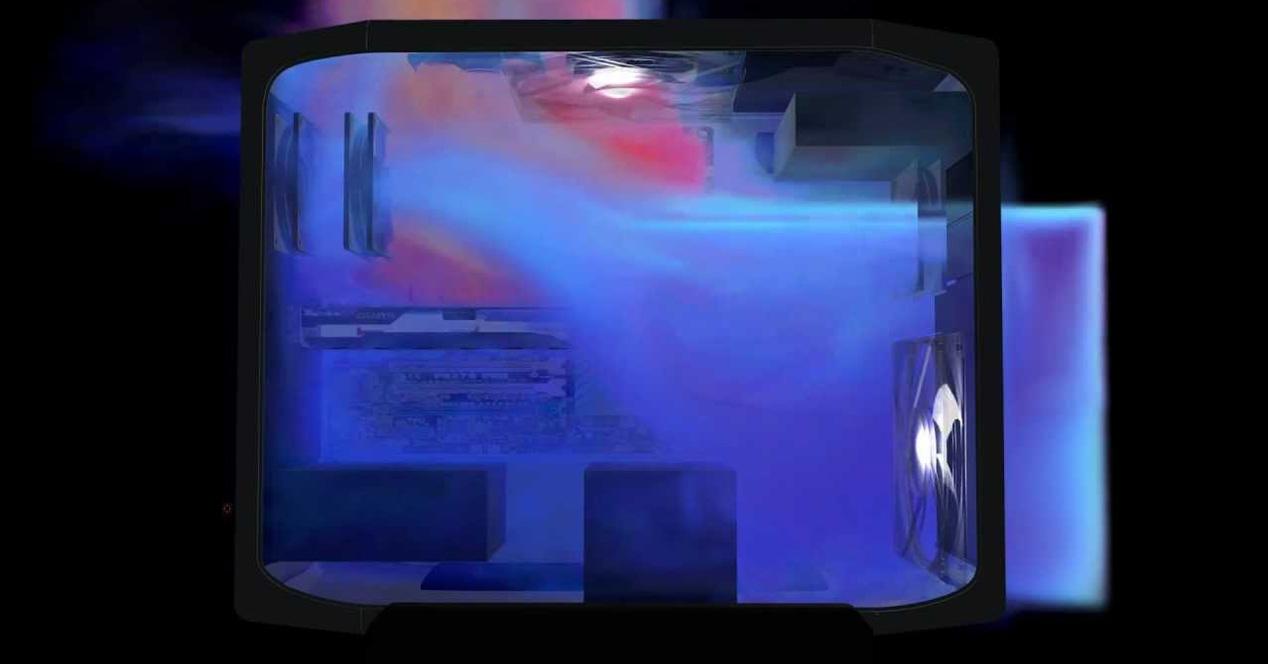 The second point here would be to improve its cooling with higher quality fans and of course, also in quantity, with a correct air flow. Finally, we have to see if spending on AIO systems for GPUs in liquid cooling or directly switching to a custom one with independent block and loop suits us. Logically, these are very extreme cases where either you want the best sound with temperature or you have hell at home and you have to opt for those terms.

Some boxes allow a change of position from horizontal to vertical, which on many occasions has given users joy. When the cooling of the chassis is poor in flow or pressure, and even placement of the fans, the hot air accumulates in the GPU area, which reabsorbs the hot air it expels again and again, since it does not finish cooling. evacuate upwards and thereby exit the chassis. 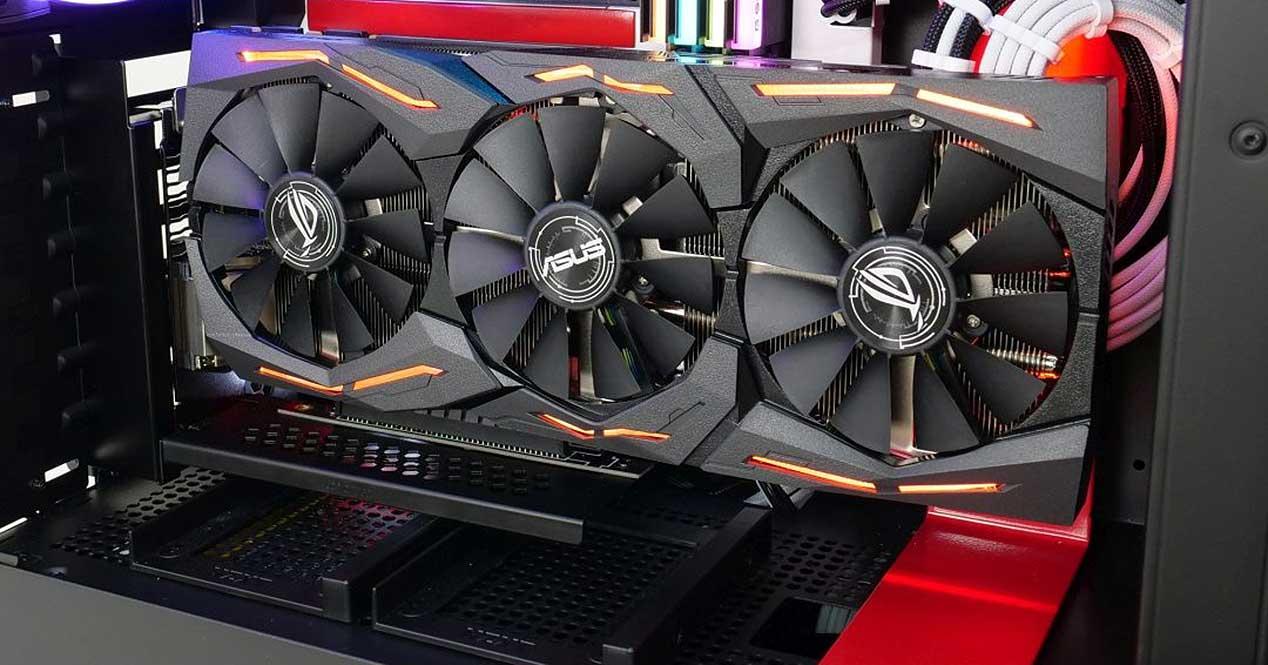 If our box has a vertical installation, we will force this effect of vertical air movement (forgive the redundancy) causing at least 50% of it to be expelled upwards, while the other 50% will come out below and after bouncing with the support or The midplate of the box will tend to rise, breaking the aforementioned air circle.

It is a technique that we have already discussed and that, although it may seem silly, can take a few degrees off us. It requires basic knowledge and, above all, a lot of time and testing, since stability will come into check and the performance/voltage/temperature curve will change .

We simply have to take into account that both NVIDIA and AMD normally add a slight voltage boost to their stock frequencies, which manufacturers also do in their custom models. 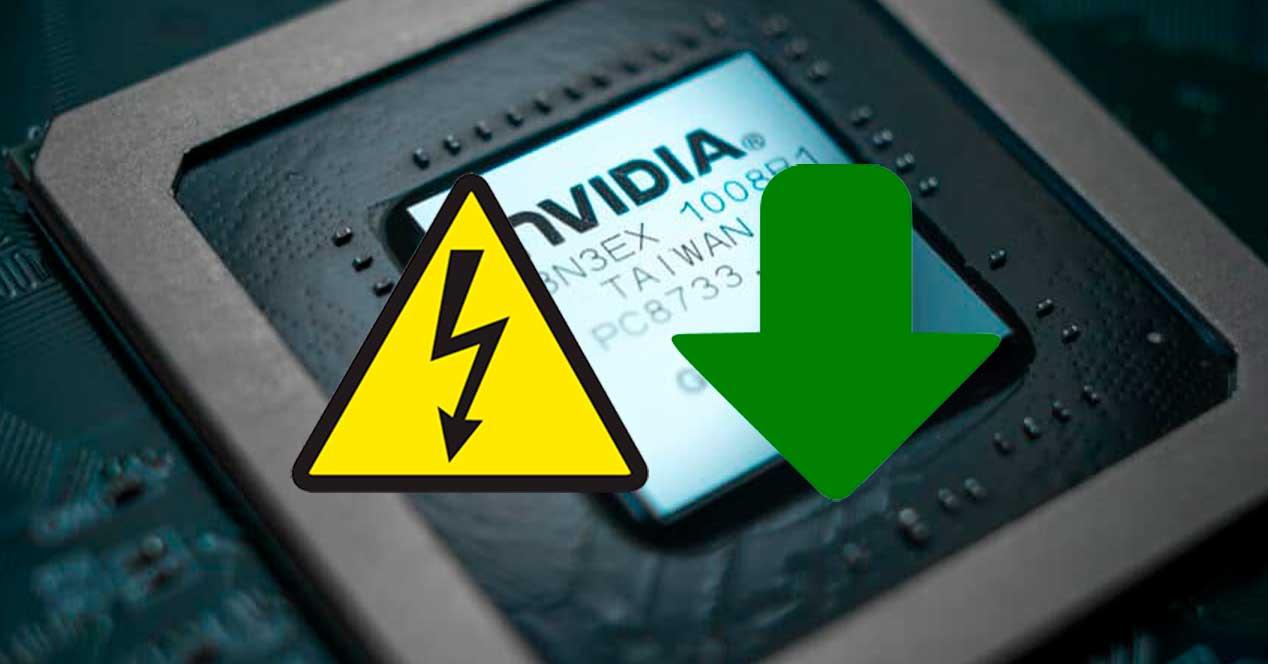 Therefore, adjusting the voltage to the minimum necessary for the graphics card to work as usual without losing performance can involve from 1 degree Celsius to 5 degrees in the most extreme cases.

With undervolt everything is a matter of trial and error in different scenarios and loads, there are no shortcuts, one GPU is not the same as another, you simply have to try again and again until we find the minimum voltage for 100% stability .

And so far all the tips to keep graphics fresh in summer, where of course a good cleaning of the PC and the GPU will also be vital to help all that has been said.