One of the controversies in recent days is that of the price of the NVIDI A RTX 4080 , rivers of ink have flowed on the web, as well as a multitude of expert videos in which the slogan is the following: it is too expensive. And all this in such a coordinated and cohesive way that it makes us suspicious, especially due to the fact that the release of AMD‘s RX 7900 XTX is a couple of weeks away. Which makes us suspicious due to the fact that many of the opinion makers have commercial and, therefore, economic ties with one brand or another. 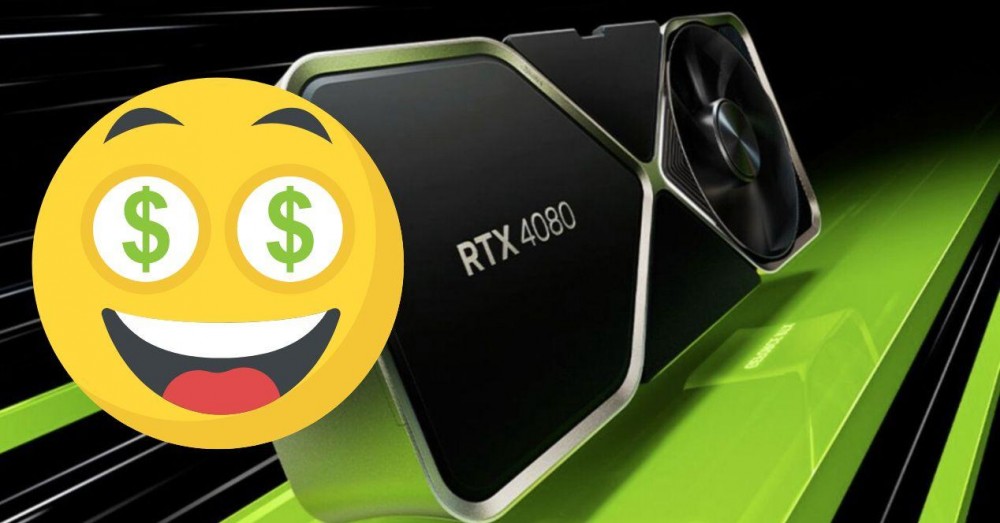 However, the truth, although total, always requires a point of view that is not subjective. That is, since reality and experience are not common among all of us, we cannot draw the same conclusion. That is why we have started to analyze the points of the controversy and we have decided to take into account other elements, not from the perspective of NVIDIA itself and neither from its competition, but from our own, which is nonetheless that of a user on foot

What decides the price of a graphics card is its performance, if one model is achieved to have a higher performance than another it can end up surpassing it in price. However, the general concept is to maintain the price from one generation to the next to give the end user the feeling that they are getting more for every dollar they pay. If we take the official launch prices of the latest NVIDIA generations, we will see that the price of the RTX 4080 is somewhat high.

For that price and in the absence of the release of the RX 7900 XTX, NVIDIA competes with itself, specifically with the RTX 3090 Ti, which has a 24 GB GDDR6X configuration and was sold for a recommended price of 2,249 euros. and then plummet to 1329 euros. And why are we talking about said graphics card? Well, due to the fact that the RTX 4080 surpasses it in performance, as you can see in the graph below these lines. 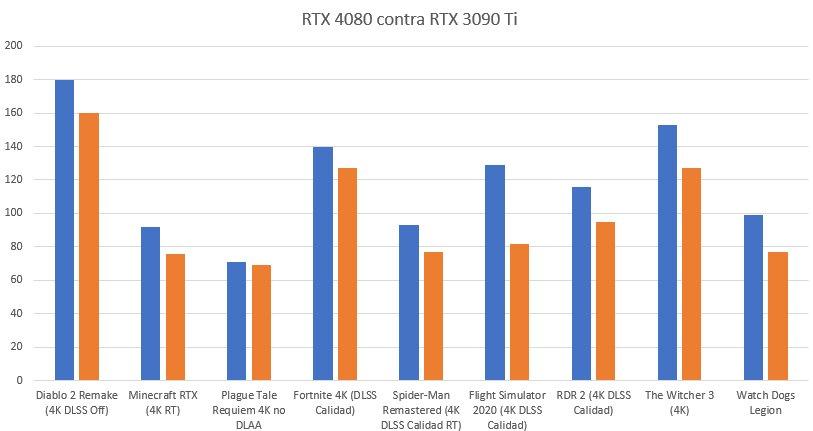 That is to say, the jump in power is such that NVIDIA cannot sell it cheaper if we take into account the price scheme of its graphics cards. Placing the RTX 4080 at a price lower than a 3090 Ti that is still in stock and that is not cheap to manufacture, can translate into millions in losses for NVIDIA and the rest of the assemblers, who would have to eat them. So from the relative point of view of NVIDIA, the cost of the card is adequate

Now, NVIDIA does not compete against itself and the answer to the RTX 4080 is the RX 7900 XTX, whose price in Europe we do not know. The RX 6900 XT came in at €1,300, so we should realistically expect a price around that figure for launch in early December. Much lower than that of the NVIDIA RTX 4080, against which it competes.

However, there is a subject that nobody talks about and a thick veil is being drawn over the stage and this is Ray Tracing. The RX 6000 had a limited Ray Tracing, something that we already informed you about at the time and the problem is that the evolution in this aspect in the RX 7000 has been poor. 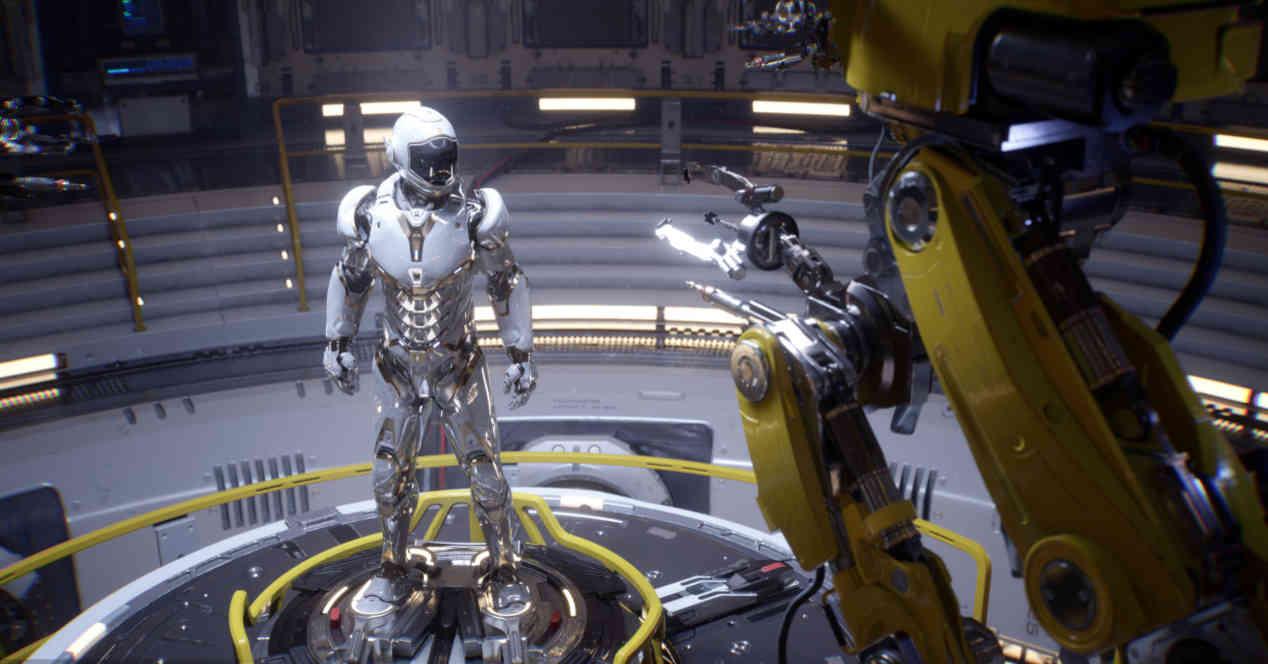 To put you in context, in the parts exclusively responsible for ray tracing, NVIDIA has doubled from generation to generation. AMD, on the other hand, launched RX 6000 inferior to the RTX 20. The RX 7000? If we pay attention to the specifications, they are even below the RTX 30 in that regard.

We believe that if you buy a high-end graphics card, you’re going to want to be able to play games in their graphical glory. Although the key question here is whether Ray Tracing will justify the price difference between the two cards. Some will say yes, while others will say no. Obviously, we know what the opinion of the fans of both brands is.

One thing we’re really wondering is whether NVIDIA’s mental share of the market will be enough for them to continue making moves like this. What is clear is that the important thing here is to know how it compares with the RX 7900 XTX and to know if only by brand they will be able to justify the difference in price. Believe it or not, it is not the green brand that has to convince ordinary users, especially having 80% of the market. Rather, it is AMD that must know how to take advantage of the opportunity that its rival has provided. And we’re not saying that to belittle the folks at Radeon Technology Group, but their path is more uphill than their rival’s.

AMD in graphics cards is currently in the same period as it was before the Zen era. That’s why the RX 7000 and RDNA 3 are called “the Zen moment of graphics” with the aim of achieving the same as in the Ryzens. However, if this opportunity presents itself, it is due to the fact that NVIDIA has skyrocketed with the price of the RTX 4080 on its own feet. If graphics card manufacturers end up having higher demand for the rival model to the RTX 4080, then its price will have been called into question. If, in the end, it’s all talk and the situation does not change, we will continue on the upward path in terms of prices, which is bad for us, the users.