The iOS 16.1 and iPadOS 16.1 updates are about to reach all users who have a compatible device, and yesterday, the Cupertino company released the RC beta versions of both operating systems, which makes indicate that the launch date is very close.

The RC versions of the different operating systems are really the final versions, but they come out a little earlier for the developers so that they can verify that everything works as expected, that is, that there are no problems. In this way, Apple ensures that in case there is an error, they have enough time to correct it before they are officially launched for all audiences. 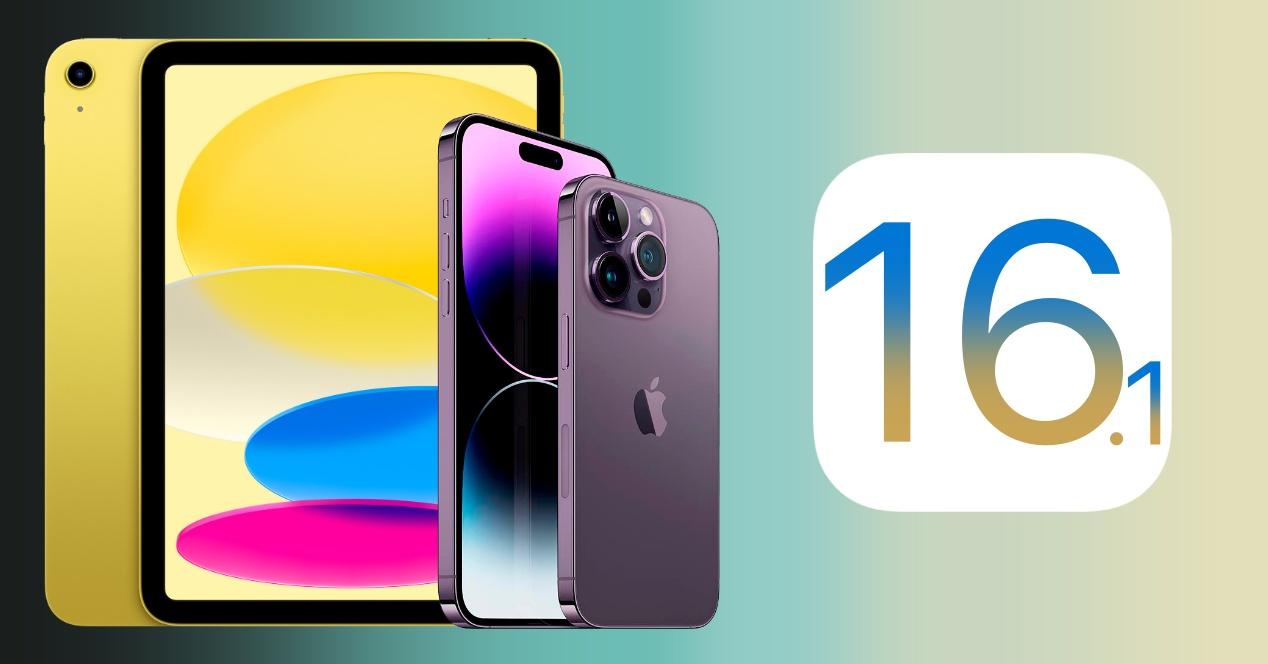 Both iOS 16.1 and iPadOS 16.1 are two versions that are really expected by all users of both iPhone and iPad. The first of them comes to be able to solve those battery problems that iOS 16 has generated to the vast majority of users, even those who have been lucky enough to buy one of the new iPhone 14. In addition to that, obviously those from Cupertino also they have included other functions that of course makes it a very appetizing update, such as the shared iCloud photo library, live activities and many others. For its part, iPadOS 16.1 is the first version of iPadOS 16 that is officially released for all users. And it is that due to the development problems that those from Cupertino have had with one of its main functions, ” Stage Manager “, what should have been an initial version that was launched together with the first of iOS 16, has become a late launch, which is also accompanied by new iPads, since both the new iPad Pro with M2 and the new 10th generation iPad are launched on the market next Wednesday, October 28. Naturally, Stage Manager is not the only function that iPadOS 16 will incorporate into compatible iPads, since it is also worth noting compatibility with external screens and all the new features of iOS 16 that will also be present on iPads when this version comes out. . When do they officially come out?

As we said before, the launch of the RC beta is nothing more than the confirmation that the official versions are very close, and that is that the launch of both iOS 16.1 and iPadOS 16.1 already has an official date from Apple, to the delight of all supported iPhone and iPad users.

This date will be next Monday, October 24 , so our recommendation, from the ITIGIC editorial team, is that you are perfectly prepared and prepared to be able to carry out said update in the best possible way. For this, we always recommend having a backup made, for what may happen, and above all, having enough time to do it without haste, in addition to being able to have a good internet connection.