We can assess the quality of an Internet connection based on two parameters. One of them would be latency, which is the sum of time delays within a network. Latency can be measured with the ping command that many of you will have heard of on occasion. The other important parameter of a connection is speed. In that sense, we would have to talk both about the upload or upload speed, as well as the download or download speed. In relation to this, we can have a symmetric Internet speed and we are going to explain what it is and how to know if we have it. 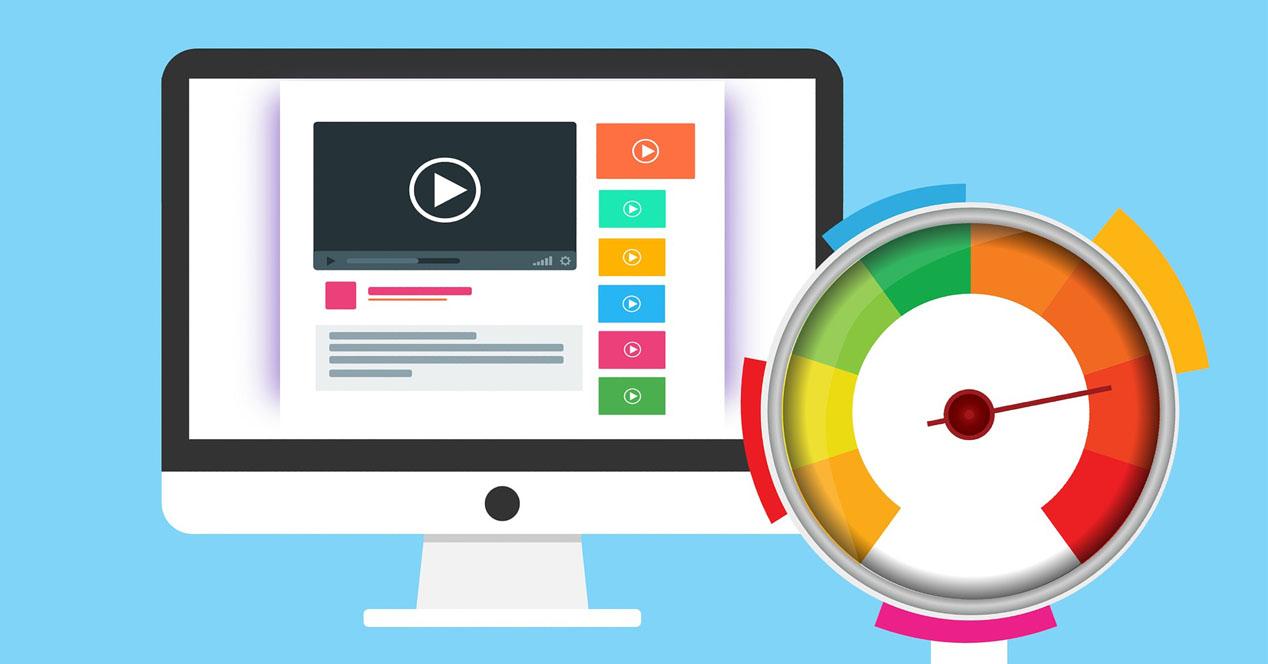 Traditionally, in Spain and in many other countries we have had asymmetric Internet connections. A clear example of this has been the ADSL lines that still coexist with fiber optics, and that are gradually disappearing. The ADSL comes from the acronym in English Asymmetric Digital Subscriber Line , translated means Asymmetric Digital Subscriber Line. The name is already telling us a lot and a typical ADSL connection was 10 Mbps downstream with 800 Kbps upstream.

Currently, copper lines are being replaced by fiber optic lines in areas where there is coverage. The main reason is higher speed and better latency. At first, they were mostly asymmetric, but today with many providers we have a symmetric Internet connection speed. Currently in many places we can enjoy an upload and download speed of 300Mbps, 600Mbps and even 1 Gbps.

The year 2020, apart from the start of the Covid-19 pandemic, will also be remembered for the acceleration of the transition to the digital world. It was a reality that was expected more in the medium term, but in the end the times have advanced. An important change in this regard has been the increase in remote work and the approval of a law on remote work that regulates teleworking. This has made the Internet connections in our homes essential for many tasks. In this sense, work in the cloud has taken on a major role. Right now, sharing files in the cloud to work or uploading content to it is the order of the day. Also working with a VPN to increase security and that our data is encrypted to the destination point is a very common practice. To that we also have to add individual or group video calls, to perform work tasks that consume a large bandwidth.

As if this were not enough, generally in a home there is also more than one person living together. That means that we have to spread our connection among several people. In our home we could have more than one person teleworking, studying online or watching streaming content. With which, we are going to depend more and more on our Internet connection. And to finish off the situation, we have more and more devices connected to the Internet, we refer to smartphones, PCs, laptops, smart plugs, video surveillance cameras and IoT devices.

This makes it increasingly necessary for our connections to have a significant upload speed. In that sense, having a good symmetric Internet connection can drastically reduce our problems.

Advantages of having a symmetric connection

Right now the trend is for providers to offer us connections with symmetric Internet speed. As we have already mentioned, in our homes we have more and more computers and devices connected to the Internet. In two 600 Mbps Internet connections, one symmetric and the other asymmetric, we will not notice many differences when browsing the Internet or downloading a file. The reason is because both have 600 Mb of download or download. However, there are situations in which having a symmetric Internet connection offers us a series of advantages. It occurs especially when, in addition to the download speed, the upload speed is also important. Some typical examples would be:

Therefore, a symmetric fiber connection is bringing us benefits, especially when the upstream channel becomes important.

The connection speed and its relation to the number of devices

We have already seen how having a symmetrical Internet connection benefits especially when it takes advantage of the upload. But we must take into account another factor depending on the speed that we have contracted, and that is that we can use a greater or lesser number of devices without our Internet connection being penalized.

An approximate calculation would be the following:

Check if I have a symmetric internet connection

The easiest way is to use a tool that measures our Internet connection speed. We are going to use a speed test with which we can see what upload and download speed your fiber or ADSL has. An important consideration is that the test should be done using a fairly modern PC or laptop that is connected by Ethernet network cable . The reason is that due to Wi-Fi, not always our routers and equipment can make the most of our connection.

As you can see there is a big difference between the download speed with 924.25 Mb / s versus the 284.43 Mb / s upload. As for the example of a connection with symmetric Internet speed, it would be the following:

The test was carried out with a 600 Mbps symmetric fiber optic connection. One thing you should know is that in this type of test you usually get a little more than the contracted speed. It would also be normal for a few megabytes to vary between the upload and download speeds.