Working with two monitors has been shown to increase productivity, and in many professions where a computer is used on a daily basis it makes a significant difference. What’s more, it is something that we recommend to everyone. In this tutorial we will give you tips when buying a new screen and what elements to take into account, as well as configuring the second monitor in Windows. One of the good things that LCD screens brought compared to CRTs was the fact that by taking up less space on the desk or work table, people began to bet on dual monitor configurations, in which we can see as a part of the desktop is displayed on one screen and the other half on the other screen.

This is especially good when for example we are editing video, since we can place the editing controls on one screen and the other video full screen. Another example is when playing certain genres such as real-time strategy, since it allows us to observe a much larger area of the mapping. In any case, the use of a double screen will increase the usability of your computer, and with it the experience when using it on a daily basis.

Tips for buying a second monitor 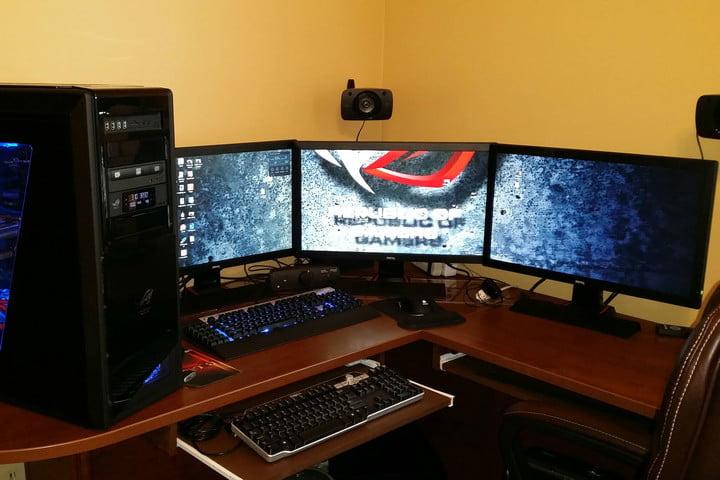 Next we are going to give you a series of tips for when you have to buy a package of two monitors or a second monitor to complement the one you already have available. You can also apply these tips if you have a laptop with an additional HDMI or DisplayPort output, either with the standard port or with USB-C Alt DP or Thunderbolt.

First of all, we recommend you take into account the space on your desktop, since both monitors will share it. It is not a good idea to have two large monitors so that later you do not have space to work, so keep this detail in mind. You may have a wall at hand on which to hang the second monitor through a VESA mount for it or even consider using a monitor arm.

As for the second point, you have to take into account the resolution, refresh rate and aspect ratio, using two monitors with these disparate specifications can cause problems when using them. You may find that the image is incomplete on the second monitor because of the difference, that it is completely cut off or annoying flickering problems and in some cases that the graphics drivers give you problems. The size, on the other hand, is less important.

In any case, the refresh rate can be configured, so rather be guided by resolution and aspect ratio. Our advice? If you are going to buy two monitors at once, make sure that they are both the same model, you will have fewer problems when configuring them. 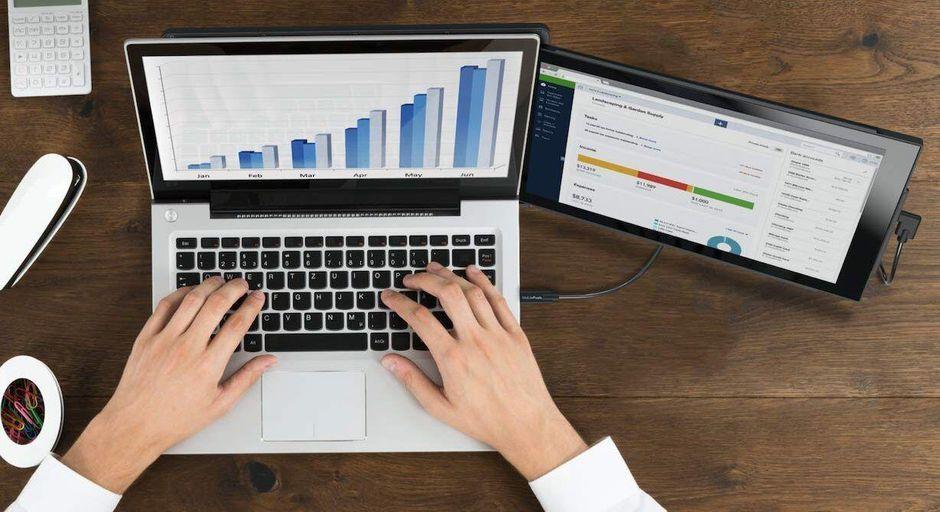 Once you have both monitors, you have to place them on your desk and here we are going to give you a fundamental advice in order to improve your productivity with two monitors, so we will be very brief in this section. You have to install them in such a way that you can access both just by moving your eyes, if you have to move your neck even just a little then you will have installed them incorrectly, so make sure that both monitors are at the same height for a total comfort of use and health for your cervicals.

This is the reason why we recommend buying two identical monitors, although we must bear in mind that if we use a laptop this will be difficult to achieve, so in that case make sure to buy a screen with a small foot for the second. monitor or a small monitor like the one you see in the image that presides over this section.

What are your video outputs? 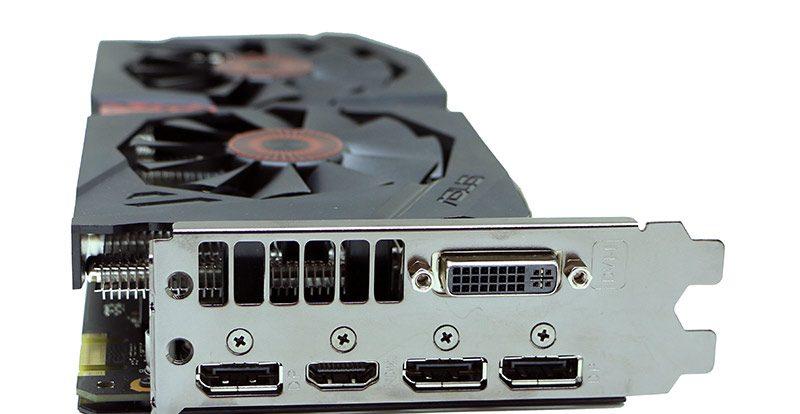 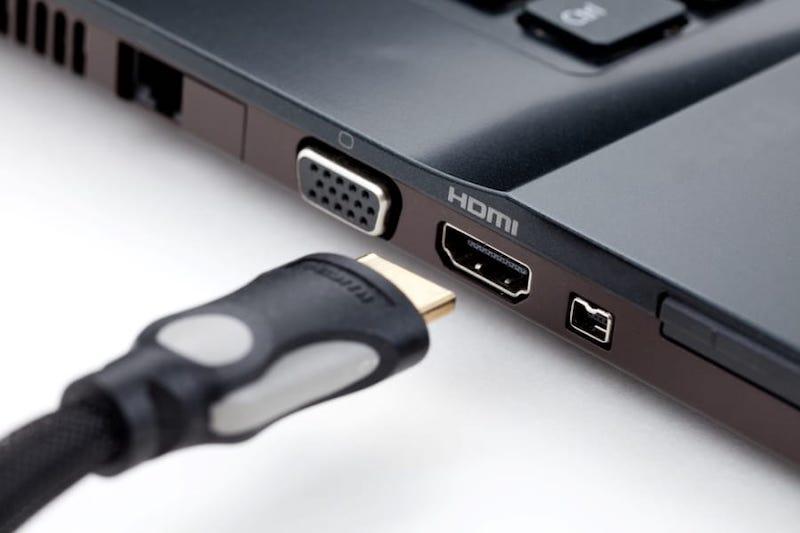 It makes no sense to buy a second monitor if we cannot connect the graphics due to lack of ports, so you must make sure when buying the PC if it is a laptop has an HDMI output and if it is a desktop one that has a double output of video, be it DisplayPort or HDMI, by the way it goes without saying that obviously the monitor will have to have its corresponding equivalent inputs. 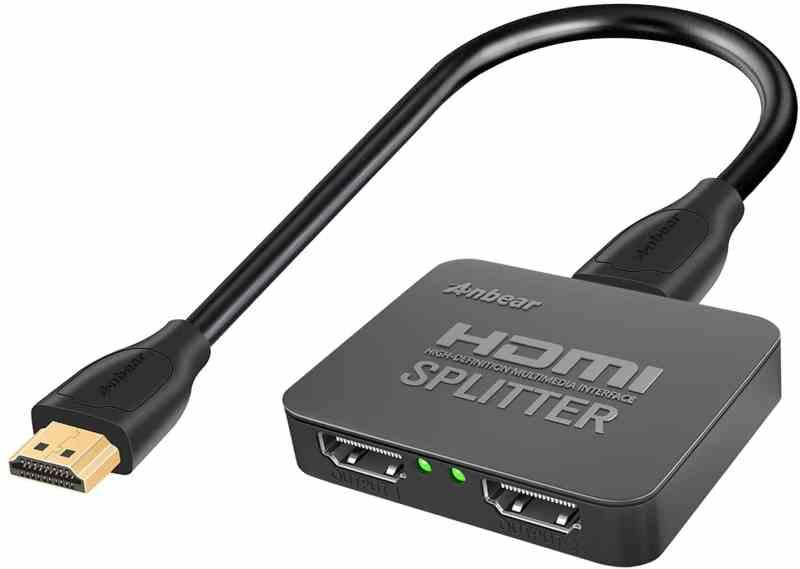 In the event that you are taking advantage of a monitor with a different video input, you can opt for a signal converter and if you have a single video output, you can opt for an HDMI Splitter to correct this problem. Be that as it may, at this point the display controller of all GPUs, including the integrated ones, support multiple monitors, so the number of displays supported in a system does not have to correspond to the number of video outputs it has.

Setting up the second monitor in Windows 10 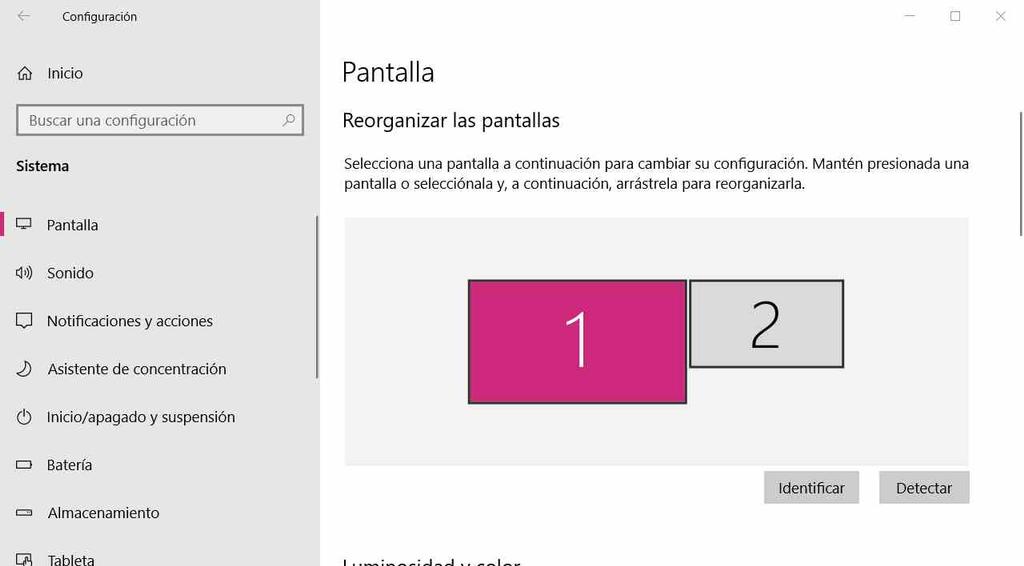 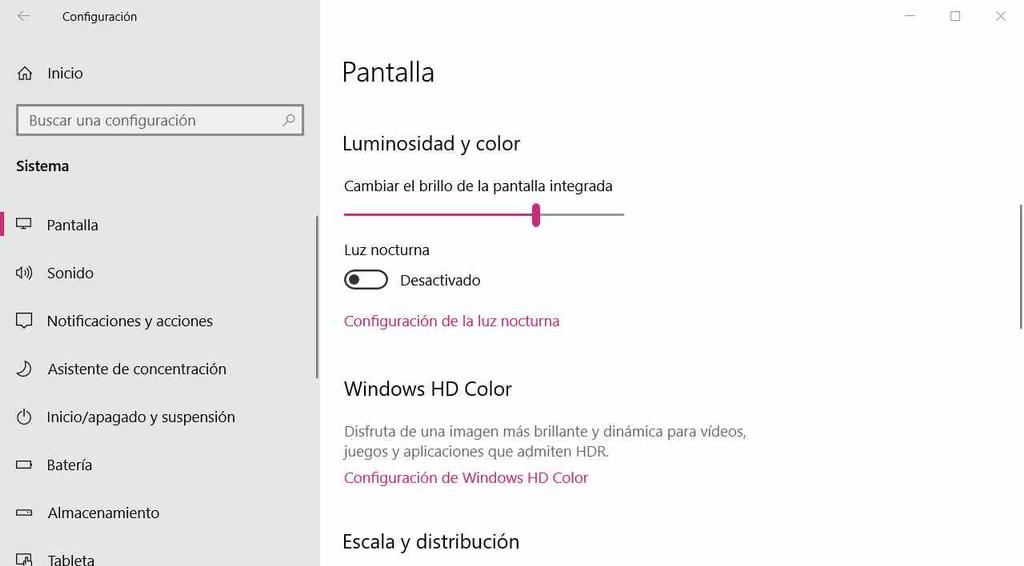 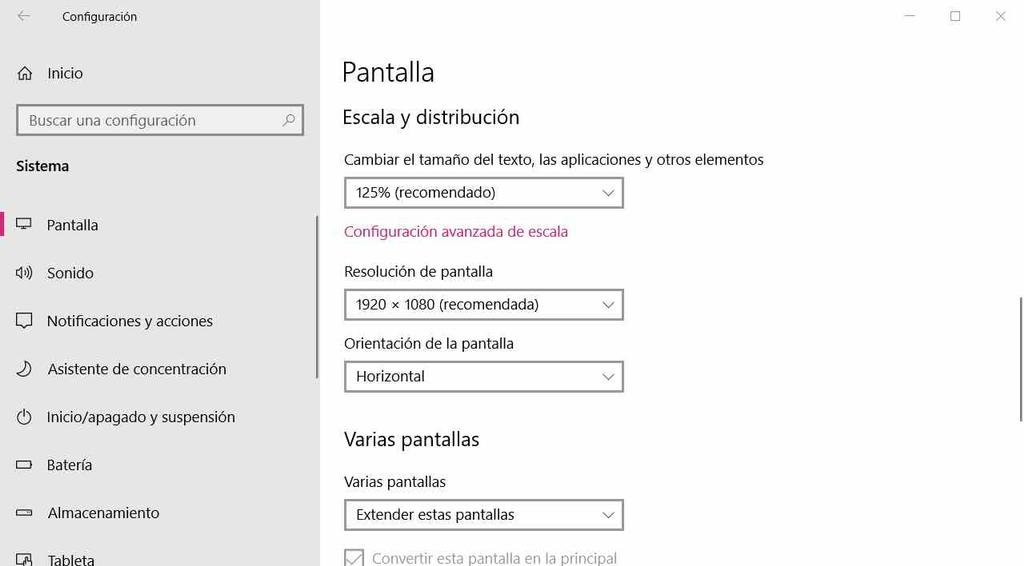 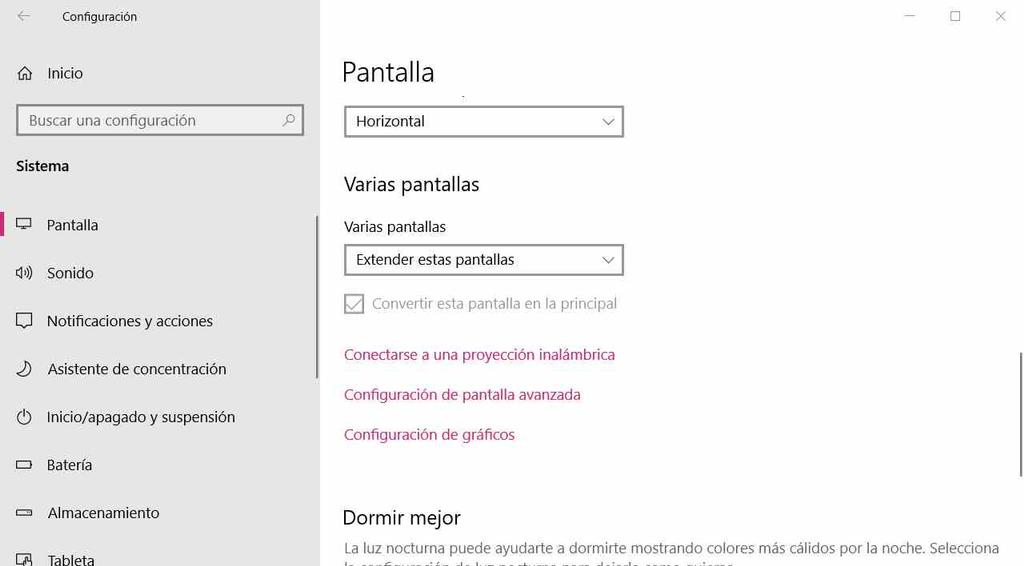 Ok, we have everything ready and we only have to configure the second monitor, so the first thing we will do is plug it into the HDMI output of the graphics card. This will make Windows detect it automatically and look for the drivers corresponding to the monitor. In any case, if there are no drivers, it will assign the generic driver and, therefore, it will appear as a Plug & play monitor without brand or model. If both monitors are the same then your ICM profile will appear the same and the graphics card will use the same. So this is one of the additional reasons to buy two of the same monitors. In the event that they are different then they will appear as two different profiles. What does this mean? Well, we will have to configure them separately when calibrating the color of both monitors.

Well, let’s go to what really matters to us, for this go to settings by pressing the Windows key on the keyboard or by clicking the Windows icon on the taskbar, and then select the option. From there you have to go to System and select on the left side of the screen, you will see that you can configure the second monitor from there, from where we have the following options:

It is also where we can choose how we want the image to be represented on the screen where you can clone the first screen in the second, use an extended desktop or make use of only one of the two monitors.

If you have a variable refresh rate or VRR monitor or that its refresh rate is more than 60 Hz then you will have to carry out a series of additional steps. 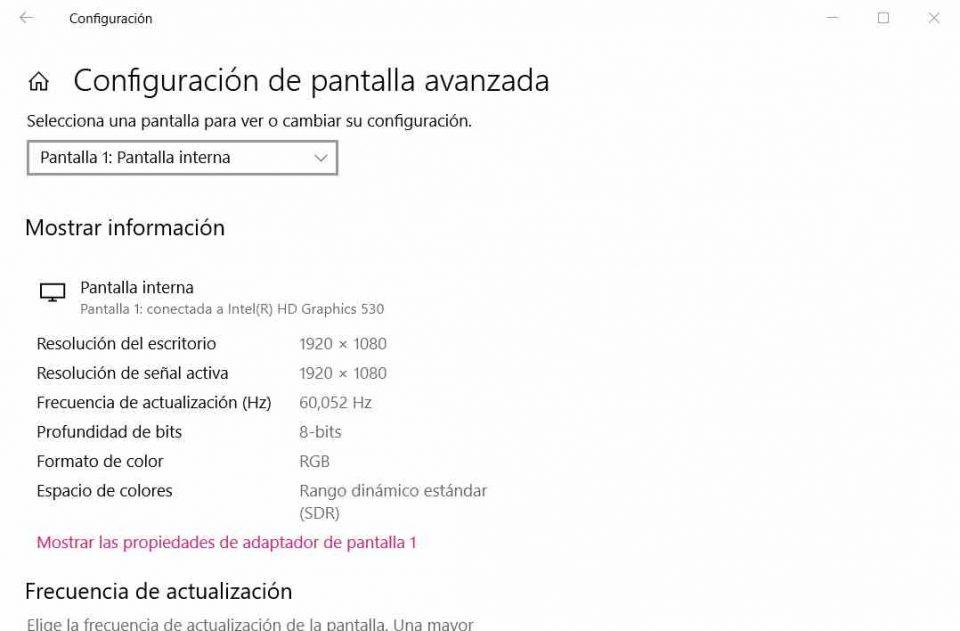 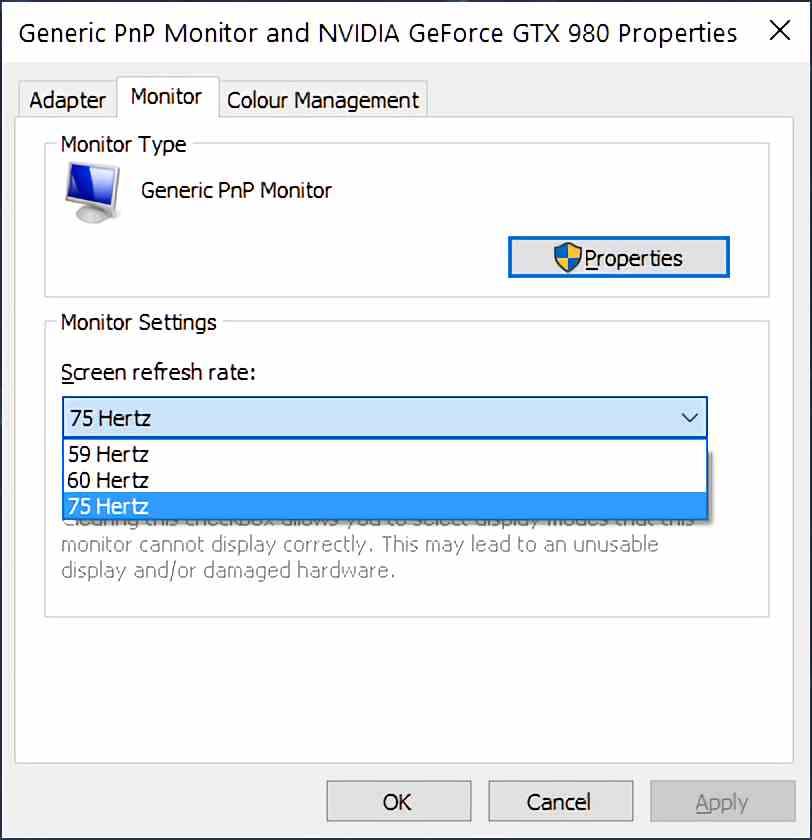 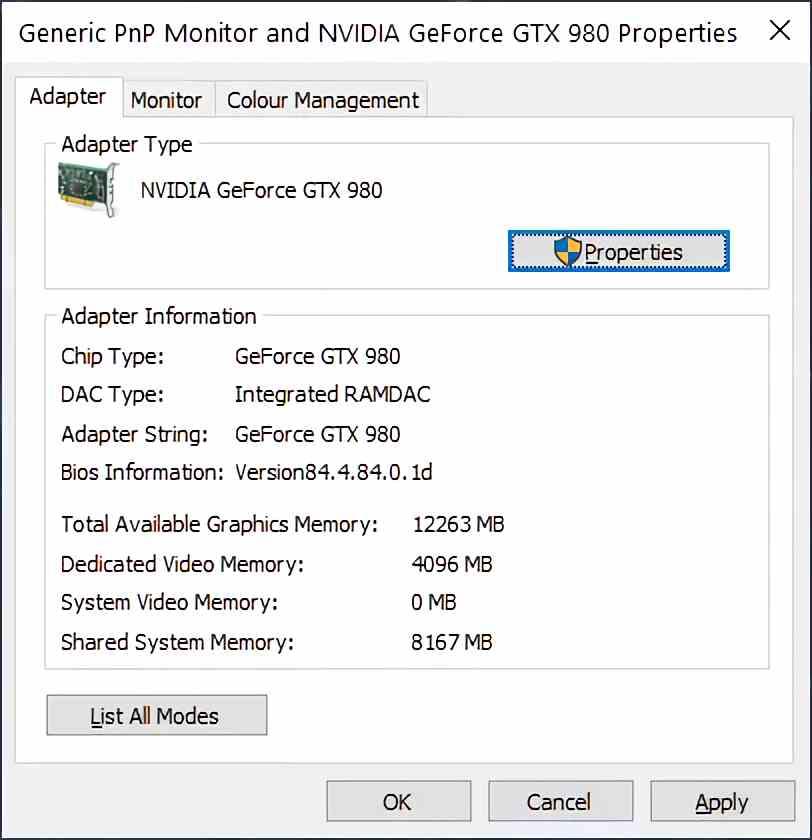 That’s it, you have configured the second monitor without any problems, we hope this tutorial has been useful for you.