When buying a mechanical keyboard, one of the first things that every user usually looks at is the type of switch that it serves, where we find two different aspects. On the one hand, those who use so-called CHERRY on their keyboards, on the other hand, manufacturers who have their own proprietary switches. How does the CHERRY MX compare to Logitech’s Romer-G?

The fact that a mechanical keyboard has CHERRY MX switches has become reliable proof of their quality over the years. However, there are situations where peripheral manufacturers have a completely vertical operation and this means that they have the ability to even build their own parts without having to buy from third parties, as is the case with Logitech’s Romer-G switches. The people at CHERRY, on the other hand, prefer to sell their switch in the different versions to third parties so that they can assemble their keyboards. Every time we press a key on our mechanical keyboard we are interacting with the switch that is located under each of the pieces that are below and that register the press. However, although all keyboards may seem the same at first glance, not all are. Since your user experience changes depending on the type of switches that we are going to use. 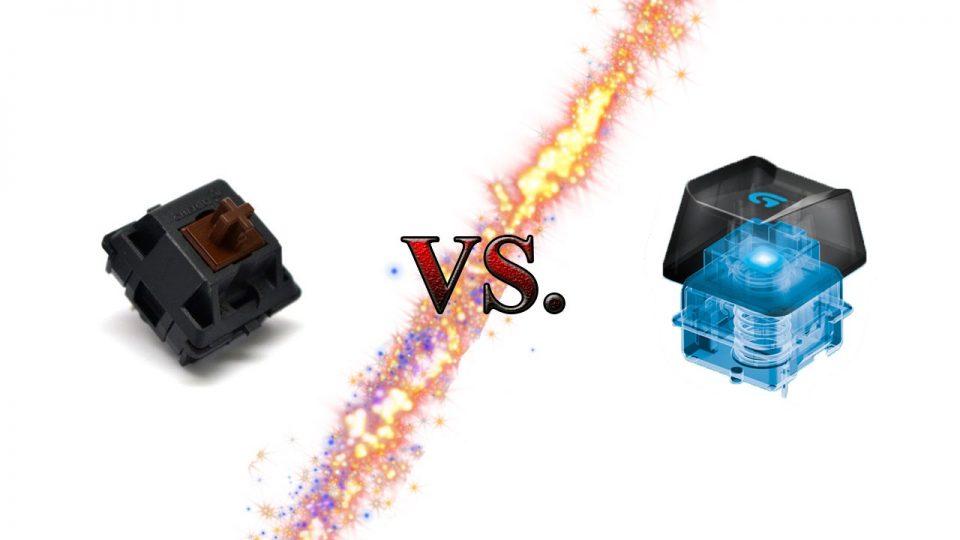 We are going to describe the CHERRY MX switches, from the German brand with the same name, and the Romer-G switches that are used by the Swiss Logitech. In the comparison we can see how the business model of each of the peripheral companies has affected the specifications and characteristics of their respective switches or keyboard switches.

The most used in high-end keyboards are the switches of the German brand CHERRY, specifically the so-called MX, a name that is a shortening of Mechanical X-Point. However, there is no single type of CHERRY MX switch, rather there are several different types that can be identified by color. Below you have a small table that indicates the type of use, travel and force.

Many may look similar, but for example the CHERRY MX Blue are much louder than the CHERRY MX Brown, but keyboards that use such a switch are much cheaper. In terms of gaming, it may seem that the Silver switches are better, but due to their short actuation distance you can find many errors, in the same way that you can unconsciously press keys when typing that can become involuntary errors that later they have to be corrected. 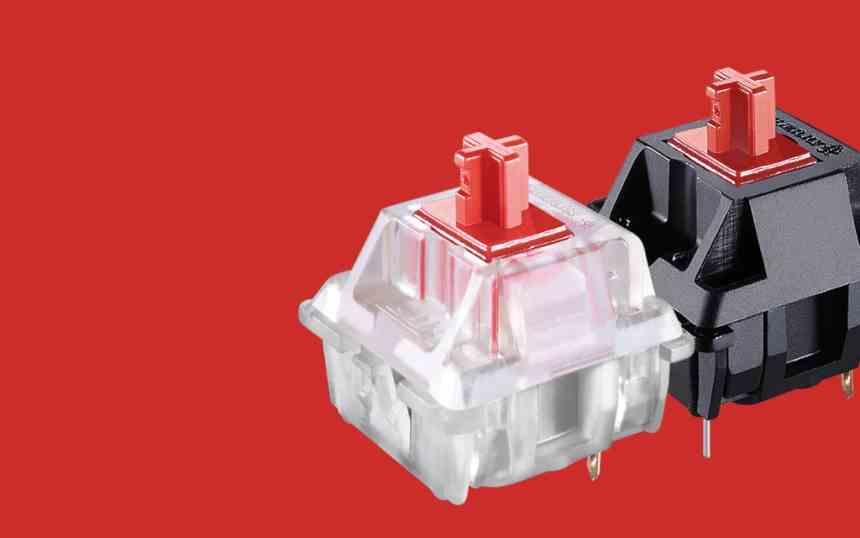 The most popular and used are the CHERRY MX Red, due to the fact that they have the exact specifications for gaming and they are the ones that have been copied the most, especially by Chinese manufacturers and other brands, since they have become the reference in the sector. However, Logitech with its Romer-G seems to have followed a different path.

On the other side of the ring we have Logitech’s Romer-G switches, also known as Omron, which we will only find in almost all the brand’s keyboards, being used exclusively in them. We have two different versions of this switch.

From Logitech they defend that the fact of having a 0.5 mm shorter travel means that the keys are 25% faster and that this is beneficial for gaming.

With these data on the table, the first thing that would come to mind is a direct comparison where the Romer-G Tactile would be the equivalent to the CHERRY MX Brown, while the Romer-G Lineal would be those of the CHERRY MX Red, since that neither of them has a tactile response when pressed. However, the differences in the use of both switches of the Swiss brand are less than that of the German one, due to the fact that the sensation when interacting with a Romer-G Linear is more similar to that of a CHERRY MX Brown. . 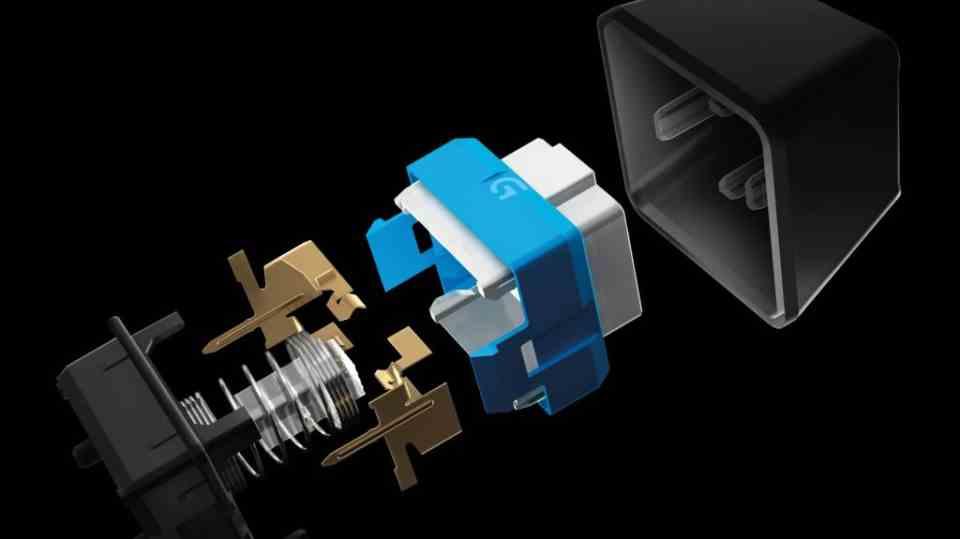 It is for this reason that the CHERRY MX Red continue to dominate the gaming keyboard market, not only because of what was explained above, but also because Logitech has managed to make their products feel less like interacting with a keyboard. mechanical. Which has put off potential buyers who need a keyboard to play and have become accustomed to the sensations that the CHERRY MX Red delivers.

All this has a very clear explanation, Logitech’s business model is to sell complete units and not just their switches. In their vertical integration, the different products become more similar to each other, which added to the fact that they do not use third-party parts in the manufacture ends up affecting the performance of their gaming keyboards, especially those that use Romer-G switches, which are more good for work and have been reconditioned eliminated the Feedback for gaming.

In a mechanical keyboard it should be easy to change the switches for others that are more suitable for our needs or because one of them has stopped working. In the case of the Romer-G we cannot replace them with any CHERRY MX for the simple fact that the PCB pins of the keyboard to which they are connected have a different organization and location. And that’s not the only problem, even replacing our Romer-G’s with new ones we have to de-solder and re-solder again. 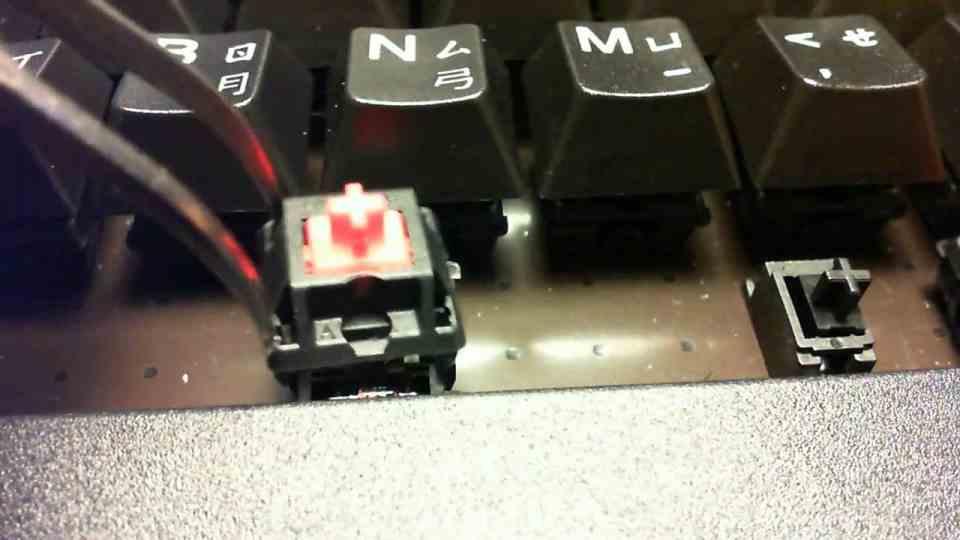 While it is true that we can buy switches compatible with Romer-G keyboards to be able to carry out replacements and repairs on our own, we must keep in mind that Logitech does not sell Romer-Gs on its own. The reason for this is clear, to make it difficult to repair the keyboard and make you have to buy a new one, since Logitech’s product is the keyboard. Instead, we can find the CHERRY MX for sale to be able to repair our keyboard quickly and replace the switches that no longer work without having to change the keyboard.

This brings us to the last point, which is the duration of each of the keys and, therefore, how much life our keyboard will have. Logitech promised a few years ago that its Romer-G gave more value for supporting up to 70 million keystrokes, at that time a figure higher than the 50 million keystrokes of the CHERRY MX according to official specifications. However, both types of switches last close to 100 million keystrokes, with some disadvantage in terms of duration in terms of Logitech keyboards.