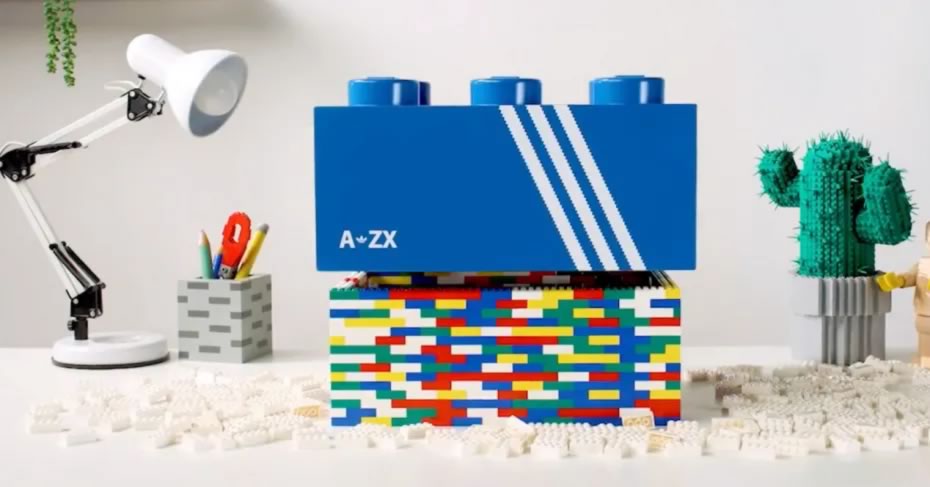 You knew what it was going to be and after the first teaser published by the brand, some details of what  Adidas and LEGO were preparing were also seen, new sports shoes. A version of the popular Adidas ZX 800 with a very colorful aesthetic and typical of the popular building bricks. Although the best for some may be the particular box in which they arrive.

This is the Adidas ZX 800 created with LEGO

LEGO has had a fairly active season in terms of brand collaborations. Together with IKEA, they have launched a set of boxes that serve to store anything you can think of or the brand’s own bricks, also games based on Super Mario and even a replica of the NES or a line of clothing and fashion accessories together to Levis. That is why it is not surprising that his new creation is a sport shoe with Adidas.

Hidden inside a very particular box, made from LEGO pieces, are the new sports shoes created between both Adidas and LEGO. A particular and colorful proposal that, perhaps, is not as recognizable at first glance as others already launched but will still be liked by many.

These new shoes are based on the original Adidas ZX 800 . A model that is not the first time that it has been personalized or adapted to serve as a «canvas» through which to honor a brand or historical event. For example, in 2014 they already released a line of sneakers that served to celebrate 25 years since the fall of the Berlin Wall.

This time the only purpose is to give LEGO fans some very colorful sneakers, where the yellow of the sole stands out above the rest of the tones . For the rest, there are still details that beyond the LEGO logo on the tongue show that it is a collaboration between both brands. For example, with the outer reinforcement in blue in the heel area or the part of the laces and that brick that is also fastened with the shoe laces.

Of course, together with the shoes themselves, the main element and for which you pay, the box in which they arrive is very striking. A box whose outside is like a large LEGO block, only with the blue aesthetic of Adidas cardboard boxes and its classic three white stripes. But it is the interior that is much more cool.

This box is made of bricks , with the same colors used in the shoe. The box is so beautiful that what makes you want to be colored on a shelf next to the shoes as a collector’s item. What’s more, it is surely what many will do, buy it as a piece for their collection of LEGO objects.

If you are also lucky enough to receive a special version with a personalized figure, you can already embroider it. Of course, if you like sneakers, you probably have a problem. Because between this LEGO model and those based on Star Wars there are a few special editions that add to the rest that each brand launches on its own. One without living, let’s go.

The new shoes created between LEGO and Adidas are scheduled to be officially launched on September 25 and have a price of around 130 euros . A cost more or less equal to the rest of similar proposals.

There is still the question of whether it will be a global launch or limited to certain markets. And at home that is for everyone, whether or not there will be any restriction on the number of units that will be put on sale. So, if you are interested, we recommend that you keep an eye on them as the date approaches.