At the rate we are going these last few days, it is likely that when the day of the Google event arrives there will be nothing new to know. Because if the new Google Chromecast and its remote control were recently seen, now it’s the turn of what will be the company’s new smart speaker: Nest Audio. 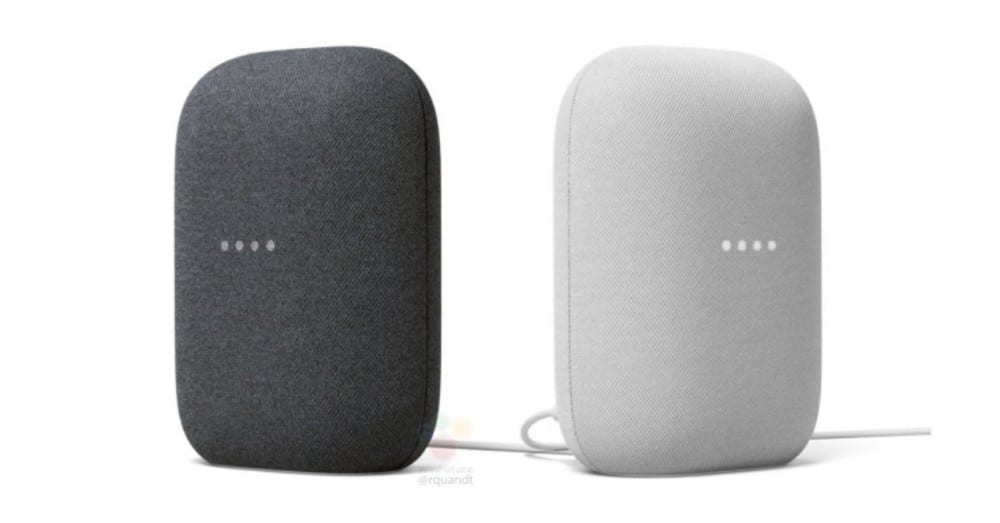 In the same way that the rest of rumors and leaks are treated, this must be treated, but it is very likely that these are the real and final data of the next Google smart speaker that will be called Nest Audio .

Nest Audio will be a connected speaker with support for Google Assistant that, from the images leaked by WinFutre again, matches what we saw a long time ago when it was registered with the FCC. A device with a curious design if we consider that it is to be placed vertically.

It is true that, perhaps, it is more common to see a cylindrical design with the led indicators at the top and hence this aesthetic initially seems somewhat strange. Because it is understood that it should offer a 360 sound to be able to place it anywhere in a room, even in the center and that the sound is projected in all directions. But here the initial impression is that this will not be the case and that the sound will be like that of any normal PC speaker.

In terms of dimensions and details, the speaker would measure about 18 centimeters high and would be in a matter of dimensions very similar to the Google Home (which it could replace at some point, despite coexisting for a time as it happens with the Home Mini and Nest Mini). And on the front is where those four LEDs that we have already seen in the Google Home Mini and some other would be.

Those LEDs would serve to give visual information when we are using Google’s voice assistant, which we have already said would be integrated as it could not be otherwise. So when you ask him to take an action or ask for specific information, you will know if he has heard you or not just by looking at him. Also if there is some type of failure that prevents its correct operation, such as having lost the internet connection.

Lastly, at the rear is where there appears to be a switch to mute the mic . For the rest, we also have the food and it will be available in several colors presumably. Both in light gray and a darker almost black shade. Although seeing that the Chromecast could arrive in a salmon tone, they still give some more aesthetic option. But as such, it seems much more suitable to adapt to all types of environments.

If it falls within the current plans that are being considered, this Nest Audio from Google will be presented at the end of the month along with other devices such as the new Chromecast and some other additional surprise such as a new Pixel 5.

Regarding the price there is nothing confirmed, but due to similarity with proposals such as the Google Home it could cost 100 euros . Anyway, for that better wait for official confirmation. Because it could still be a Google Home Max system and the price of this is higher, 399 euros. We will see what happens. Although be careful, because Amazon will have an event on the 24th and could also show new products related to sound and Alexa.