Since Sony opened the possibility of installing an additional SSD in its PS5 console to expand its storage capacity, the question has arisen as to which are the SSDs compatible with it since the Japanese manufacturer has imposed a series of restrictions but also recommendations with regarding the model that we can choose. Do not worry, because in this article we are going to tell you which are the compatible SSDs with which you will not go wrong, both for compatibility and for the manufacturer’s own recommendations.

It is not that a socket has suddenly appeared to install an additional SSD in the PS5 out of nowhere, but that through a firmware update, the manufacturer now allows its use; If you install an SSD in the M.2 socket of the PS5 without having the firmware version that allows it, when you start the system the console will show an error prompting you to uninstall it and warning you that the console will not start and that, in fact, It will turn off after a few seconds. Therefore, the first thing you should do is make sure that you have the correct firmware (initially only in beta phase) before anything else to avoid problems.

What are the requirements for PS5 compatible SSDs? 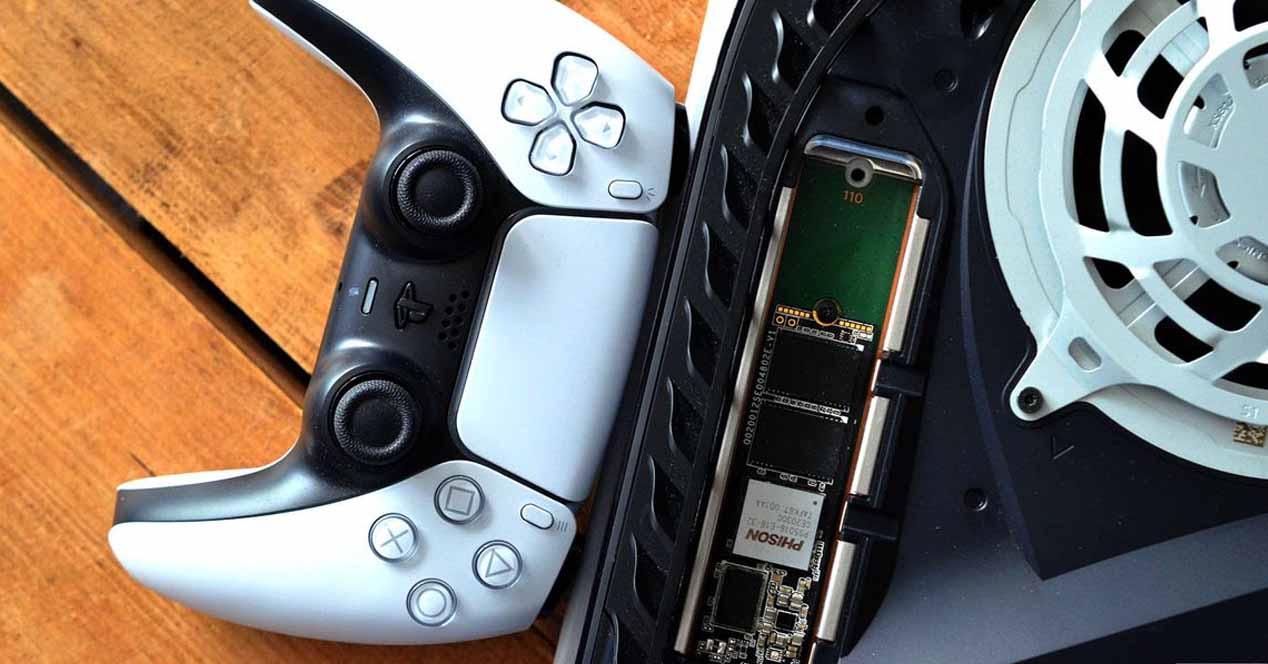 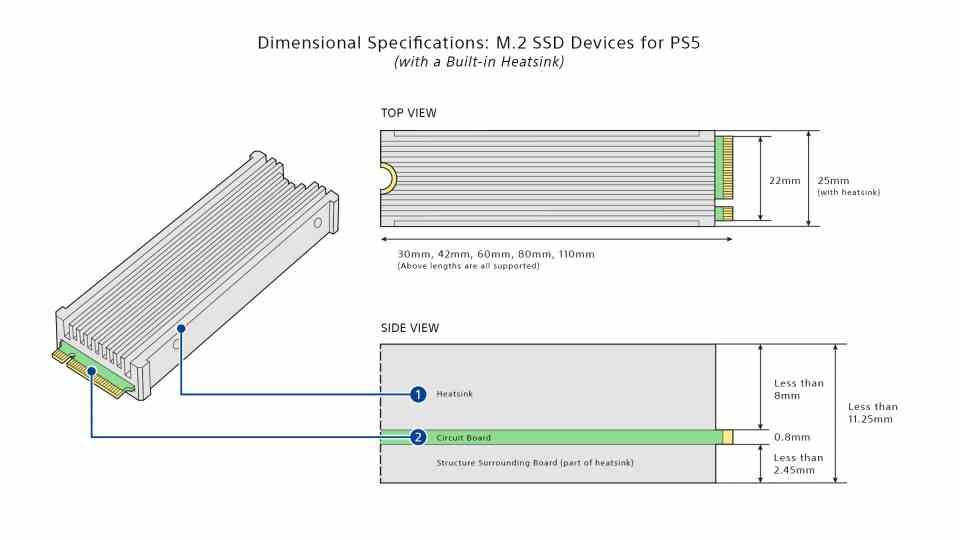 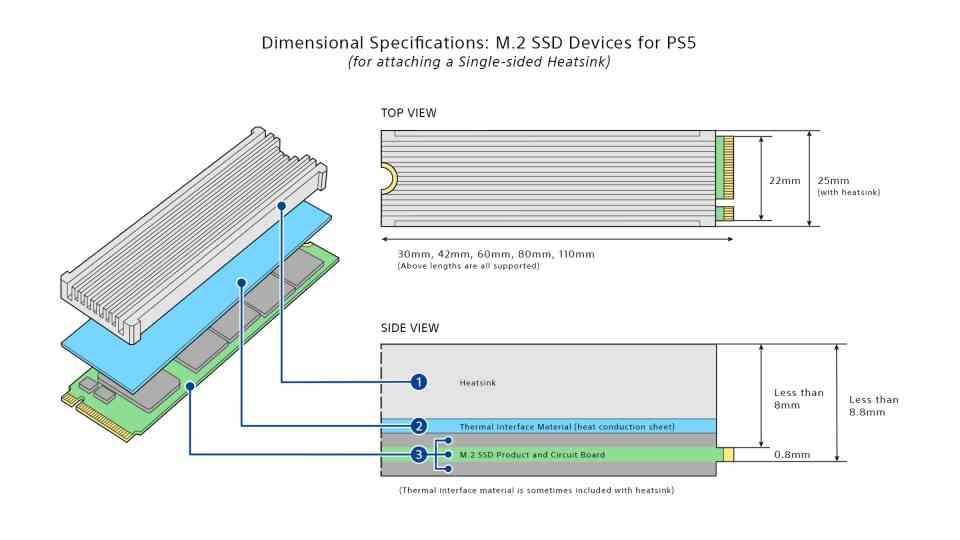 And it is that the manufacturer itself warns that only SSDs with a theoretical reading speed of 5,500 MB / s or more are recommended because otherwise we could find performance problems. In addition, Sony also warns that its console is not compatible with SSDs that have Host Memory Buffer , warning that we could find severe performance problems since the console does not support this ability.

These are the SSDs compatible with the PS5 console

Below we have compiled a list of all the models that are compatible with the Sony console. Obviously this list will change over time as manufacturers launch new models on the market, although we will try to keep it updated so that there is no doubt. 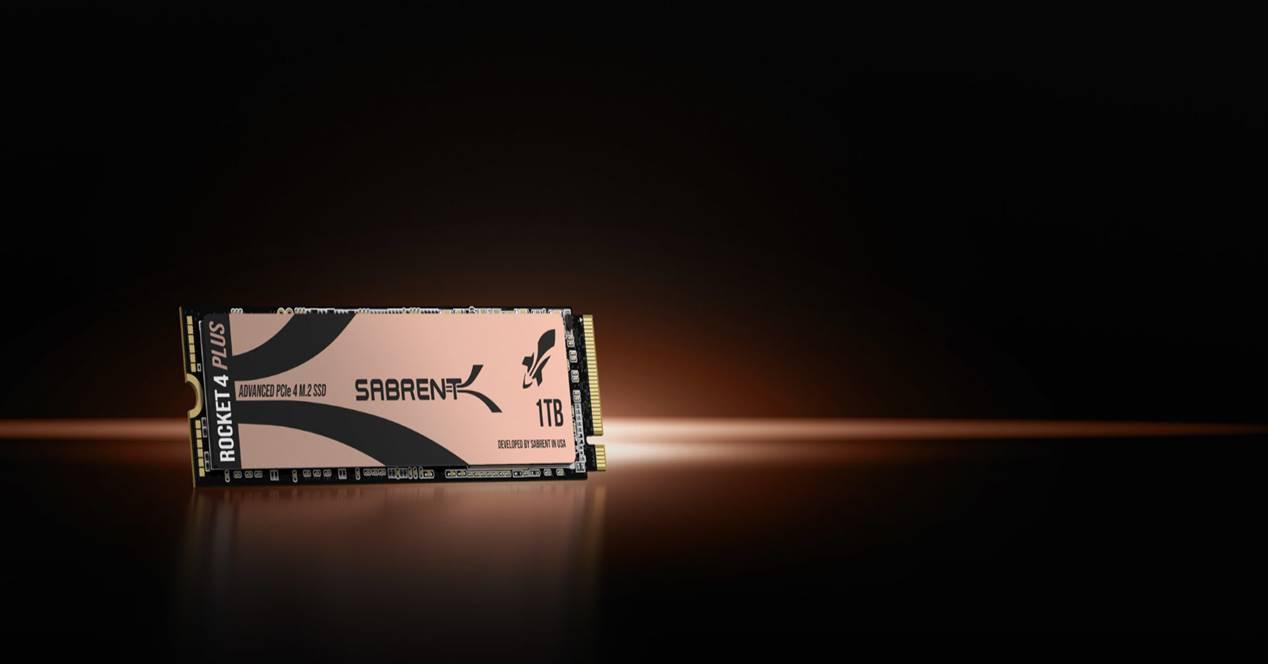 This was the first SSD in the world to reach 7,000 MB / s read speed, and its 6,850 MB / s write speed is not far behind either. It is an SSD that also fits perfectly into the socket of the PS5 and comes with an integrated slim-format heatsink, although you can always install a third-party one to guarantee a better temperature operation since the socket where it is installed in the PS5 lacks ventilation. 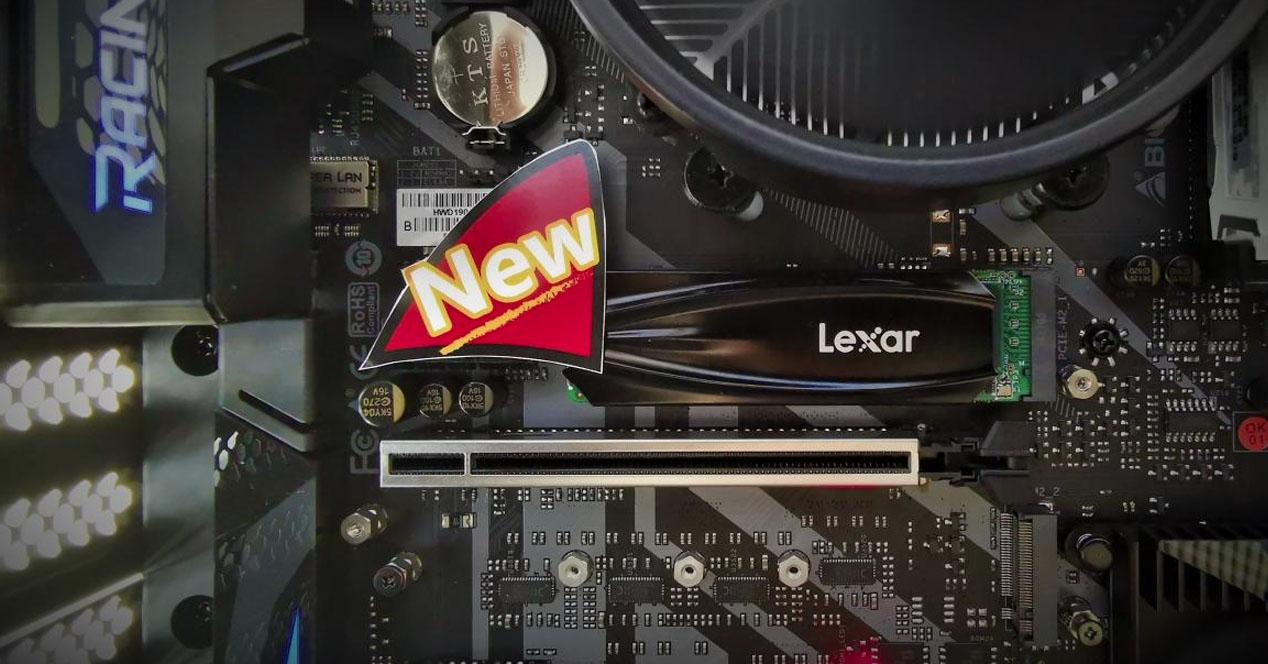 This Lexar SSD is really difficult to find in stores (at least in Spain), although we cannot stop listing it here because it is compatible with the PS5. It offers a read speed of 7,528 MB / s while its write speed stays at 6,500 MB / s, and its integrated heatsink has dimensions small enough to fit without problems in the Sony console. 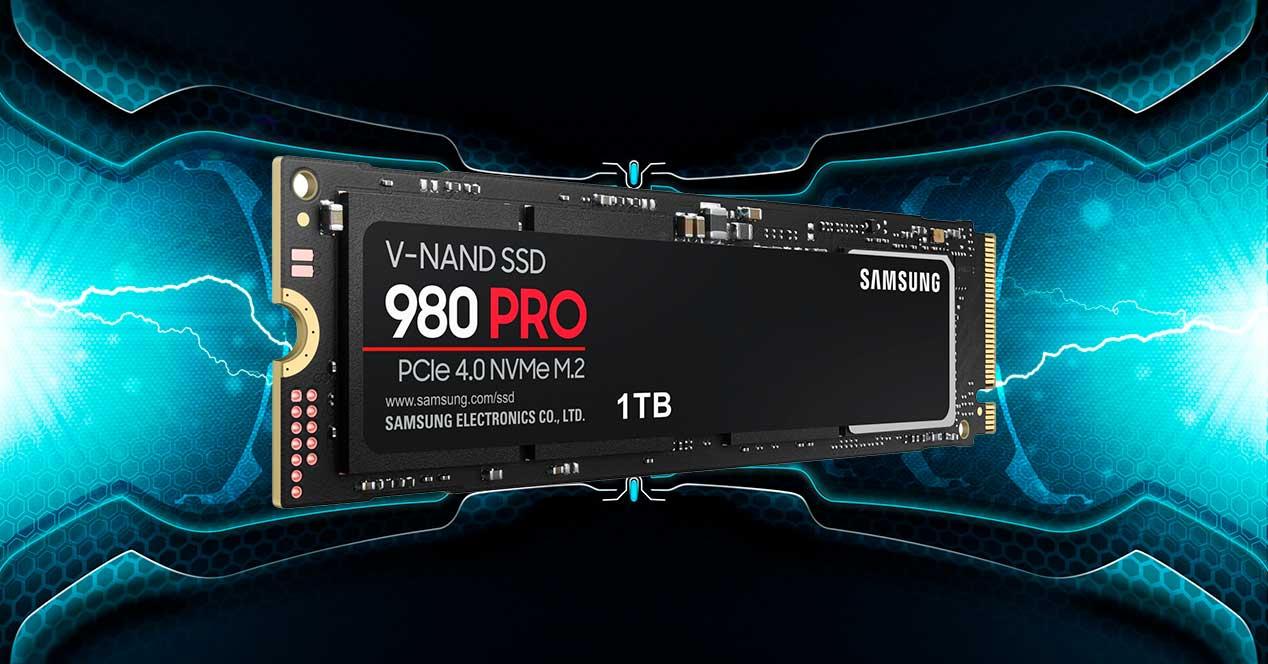 This is probably one of the best-selling PCIe 4.0 SSDs on the market, probably in part because of its wide availability and its price. It offers a read speed of 7,000 MB / s, while the write speed remains at 5,000 MB / s. It does not have any heatsink and it would be advisable to install one so that it does not suffer from temperature problems when installing it on the PS5. 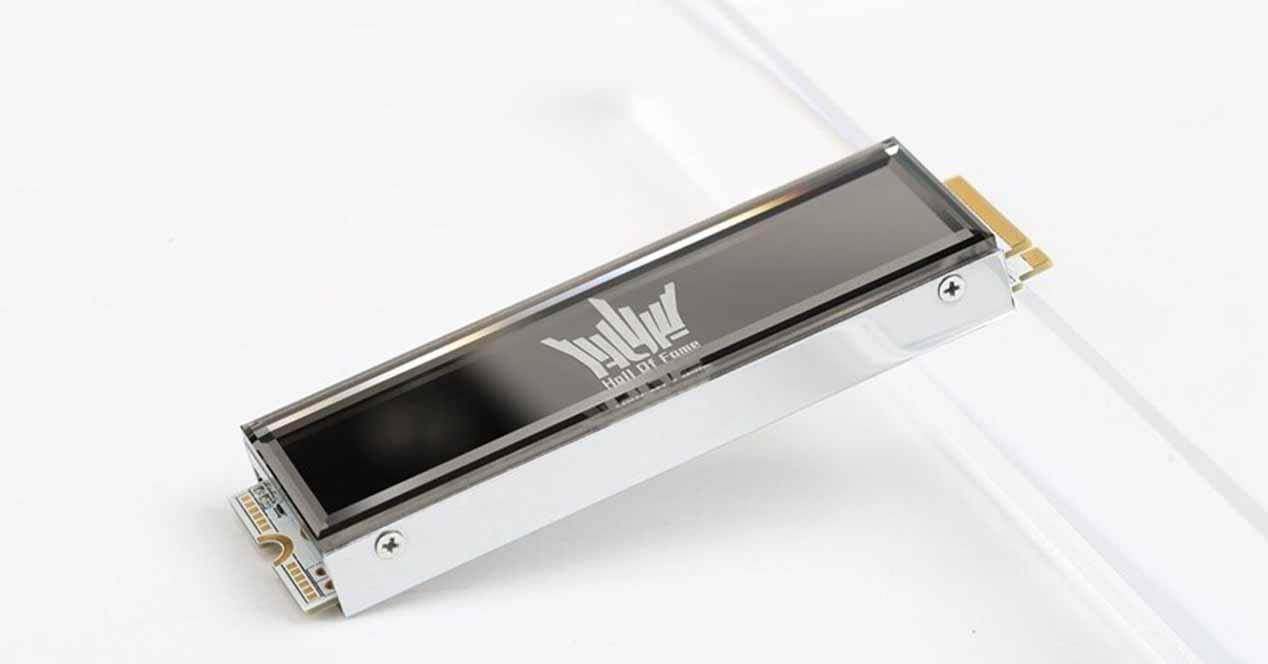 This GALAX SSD is also difficult to find in Spain, but it is equally valid for the PS5 even with the size of its heatsink. It offers a speed of 7,000 MB / s read and up to 6,850 MB / s write, in part because it uses the same chips and controller as the Sabrent SSD that we have seen before. 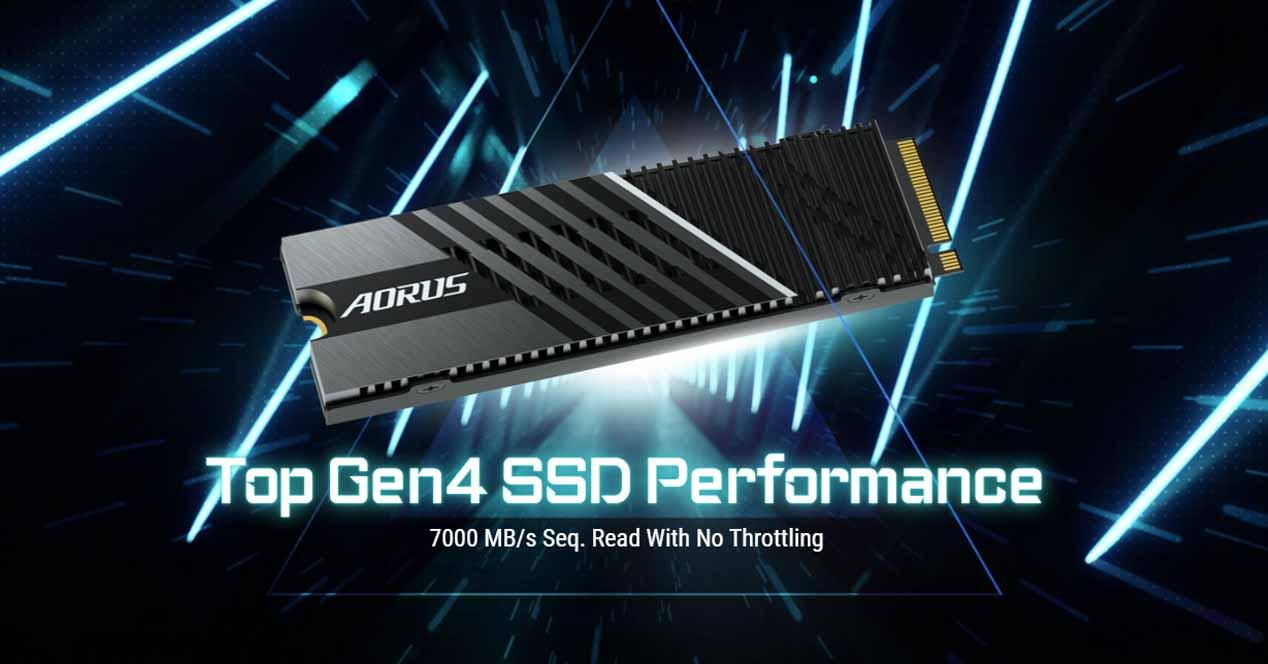 This AORUS SSD also has theoretical speeds of 7,000 MB / s read and 6,850 MB / s write, since like the previous ones it uses a Phison E18 controller and the same memory chips. In addition, this model has an integrated low-profile heatsink that is ideal for not having problems due to its size when installing it in the SSD slot of the PS5.

If you are looking for something a little simpler but that is also among the SSDs compatible with the PS5 you have this Aorus model, which although its writing speed remains at “barely” 4,400 MB / s, its reading speed does exceed the 5,000 MB / s. 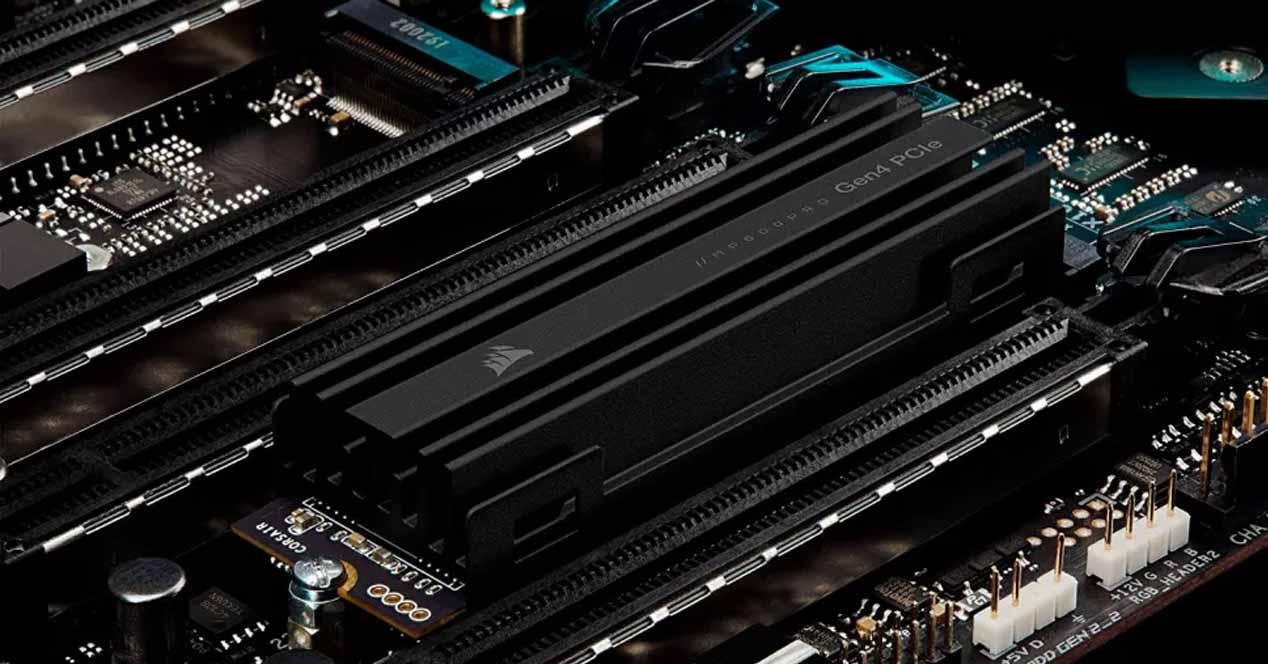 This is another of the SSDs compatible with the PS5 that exceeds 7,000 MB / s, which is in fact its sequential read speed while its write speed remains at 6,850 MB / s. In this case the heatsink goes in a little bit and collides with the console lid, but if you are a bit crafty you will not have too much difficulty to make it go in without problems. 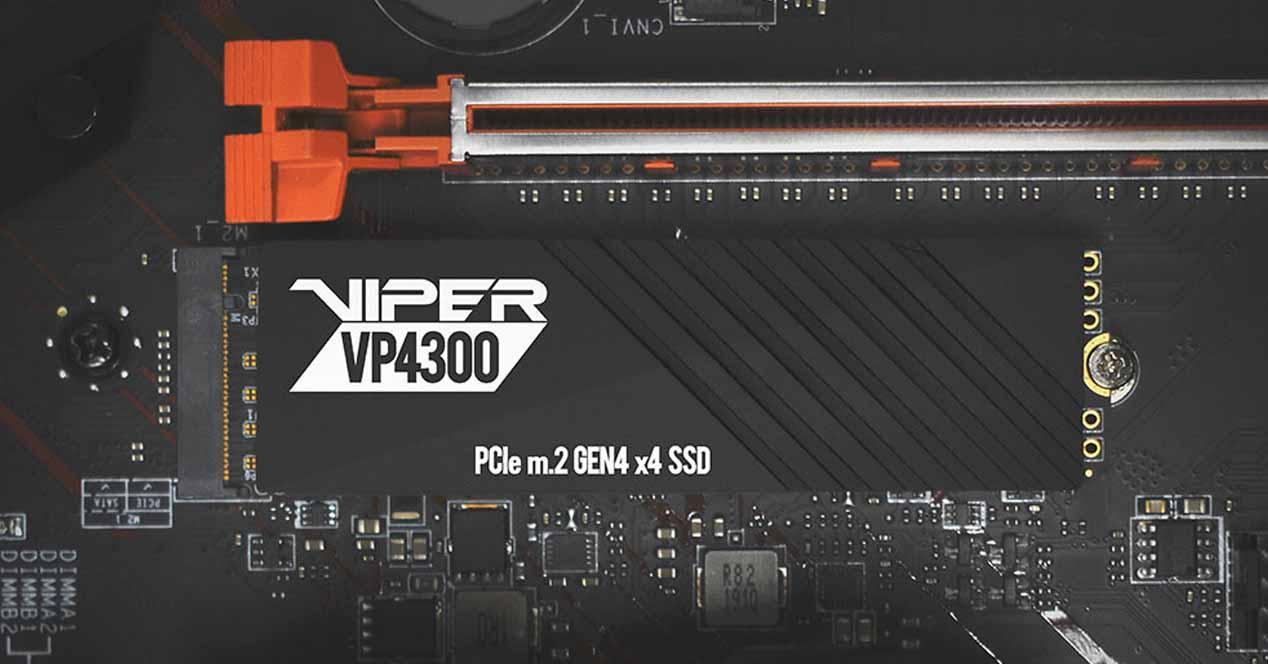 This Patriot SSD offers up to 7,400MB / s read speed and up to 5,500MB / s write speed, all without even needing a dedicated heatsink because it barely heats up. However, in the PS5 it will be cloistered without any cooling so it will not hurt to install a passive heatsink to help maintain a good operating temperature. 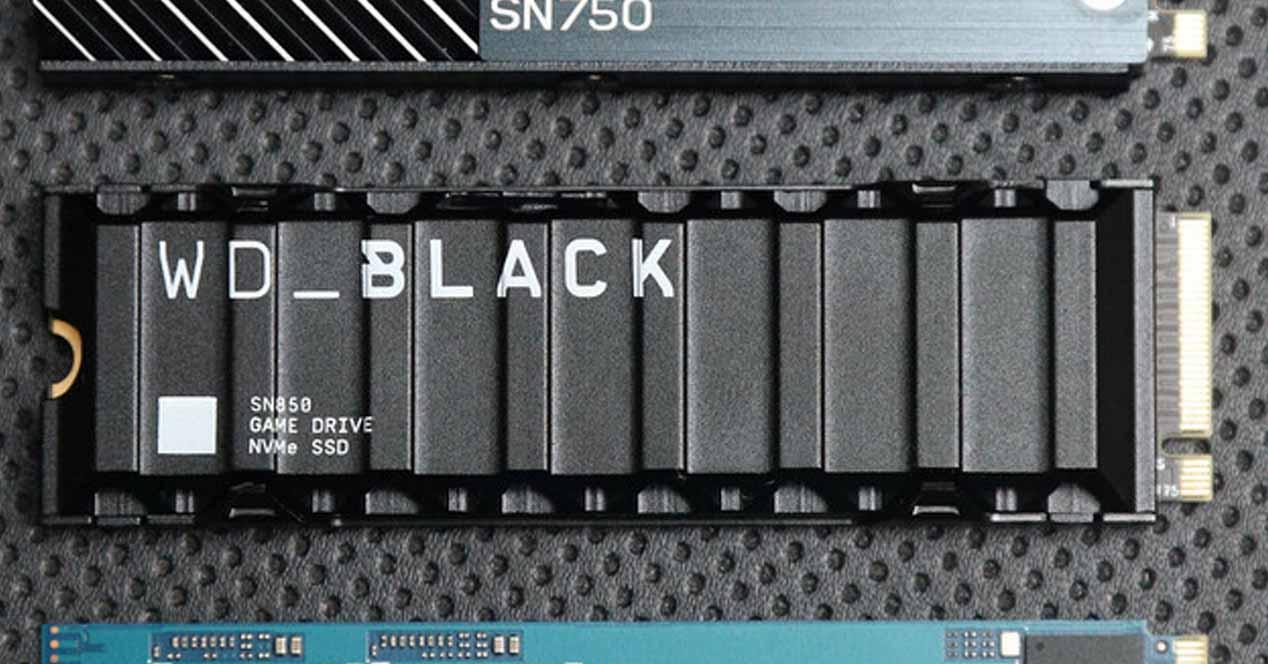 We finally arrived at another of the best-selling SSDs on the market, in part because it is also one of the cheapest PCIe 4.0 SSDs even though it offers incredible performance with up to 7,000 MB / s read and 5,300 MB / s write, all with a low-profile passive heatsink that fits perfectly into the space of the Sony console.