Viruses are usually one of the risks we run when browsing the Internet and that is why we wonder which antivirus to install, what are the best antivirus for Windows and other devices and how we can avoid malware. Beyond common sense it is also recommended that we use a specialized program but the question always appears: is it necessary to install an antivirus in Windows 10 and Windows 11?

If you think that Microsoft and its antivirus are not secure enough, we review what the security tests say or what we should do in these cases. Although you can protect yourself by following some guidelines and taking into account how to buy safely so that your data is not stolen, for example. Avoid malware, phishing without opening emails … But it will always be good not only to be careful but to use specific tools that protect us. Windows Defender is one of the best antivirus in all the tests carried out by AV-test, every two months. A number of popular security products such as Avast, AVG or antivirus from ESEt, From Kaspersky, from McAfee are analyzed. The reviews always coincide, placing Microsoft’s antivirus as one of the best with a score of 6/6 in the three main analyzes: protection, performance and usability. This makes it one of the best we can have on the computer and the main advantage is that we do not have to install anything.

According to the most recent tests as of this writing, Windows antivirus complies 100% with the necessary protection. It has a 100% in the last two months analyzed in the section ” Protection against 0-day attacks from the Internet, including malicious emails and web pages”. It also has a 100% “most widespread and frequent malware detection in the last four weeks.” In the first section, the industry average is 99.3%, so Windows antivirus is superior.

In performance there are several tests carried out by this test … Does it slow down? $ 4 and 3% slowdown on popular websites and 1% and 0% when downloading frequently used programs. On the other hand, on slowdown when executing standard software, the tests give 7% in the last tests carried out. The slowdown when installing frequently used programs has been 20% on a standard PC and 11% on a next-generation PC. And 1% and 0% when copying files locally and on the network in a standard or next generation.

In terms of usability, Microsoft’s antivirus also passes with flying colors. During the months analyzed there were no false alarms or locks and only one case of erroneous detection as secure software malware. It also doesn’t make mistakes with erroneous warnings or crashes from certain actions during installation.

Is it worth installing another antivirus?

In both Windows 10 and Windows 11 (of which we now do not know if there will be changes in Defender beyond the usual updates) it is a good idea to use the antivirus or security software that the system includes. Can we install another antivirus? We can do it and have an additional option, a double layer of security if we want to have a kind of “second opinion”. Necessary? Not in the majority and it is more than enough protection but it will depend on each user who wants to add other cleaning or additional protection options. 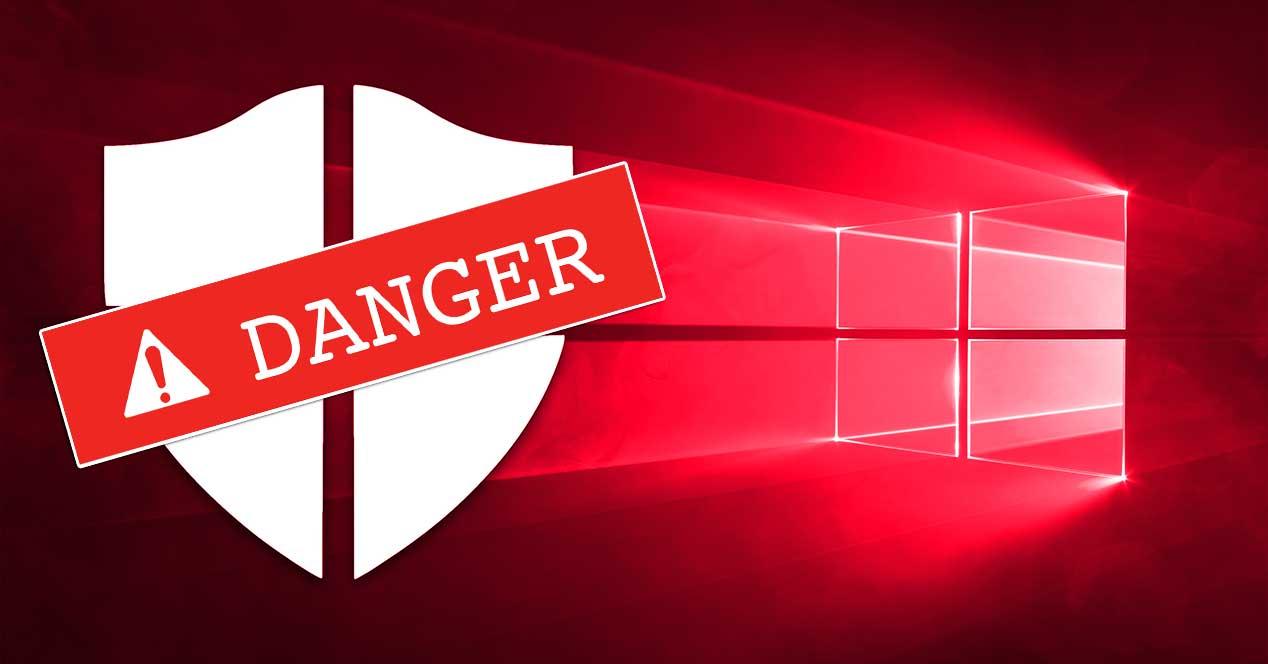 Other well-rated antivirus in the aforementioned test are McAfee, Malwarebytes, Kaspersky, Gdata, Eset, Bullguard … We can look for a free option to optimize or we can choose other add-ons such as BleachBit, for example, a program to clean the computer that is Completely free and open source if you want to eliminate all kinds of junk files. 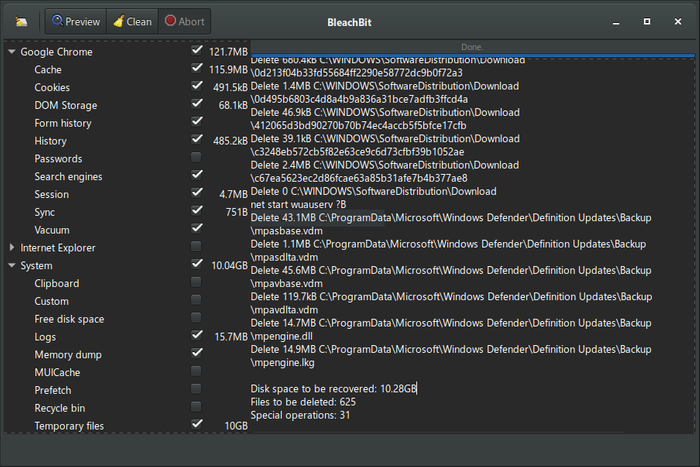 We can open the security section of updates and Windows security from the computer configuration. We have to go to the Windows Settings section and from here we go to “Update and security” where we can go to the “Windows Security” section on the left side of the menu.

Once we open “Windows Security” we find some options:

In the first we can see the current threats and the exams carried out. If you touch on this option you can see if there are any threats pending to be solved. You will see when the last exam was taken (date and time) and how long the exam lasted. You will also be able to know how many files have been examined.

If there is no recent exam, just tap on the button: Quick Exam. This will start to do an assessment and you will be able to see if there are any threats.

We can also configure the different antivirus scans. Tap on: Exam options. Here several options will appear to choose from:

You can mark the option you want and tap on the ” Browse now ” button. By default you will have a basic analysis but you can choose a complete or personalized one in which you choose which files are reviewed. 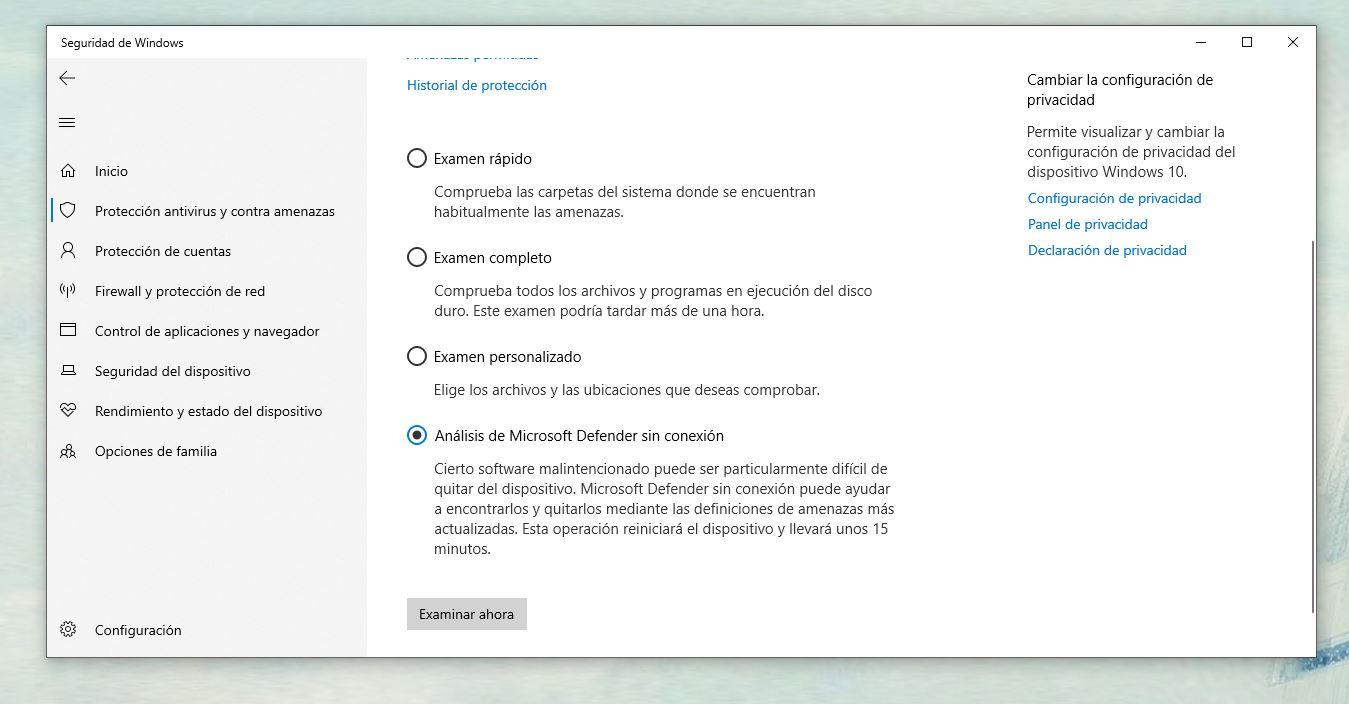 Another option that this section gives us is to look for protection updates so that the Windows antivirus is in its latest version and we can detect threats. If you open this section you will see the exact version you have, when it was created (date and time) and the last update of that version.

You can click to check if there are pending updates . In that case, the best we can do is update to always have the latest version. 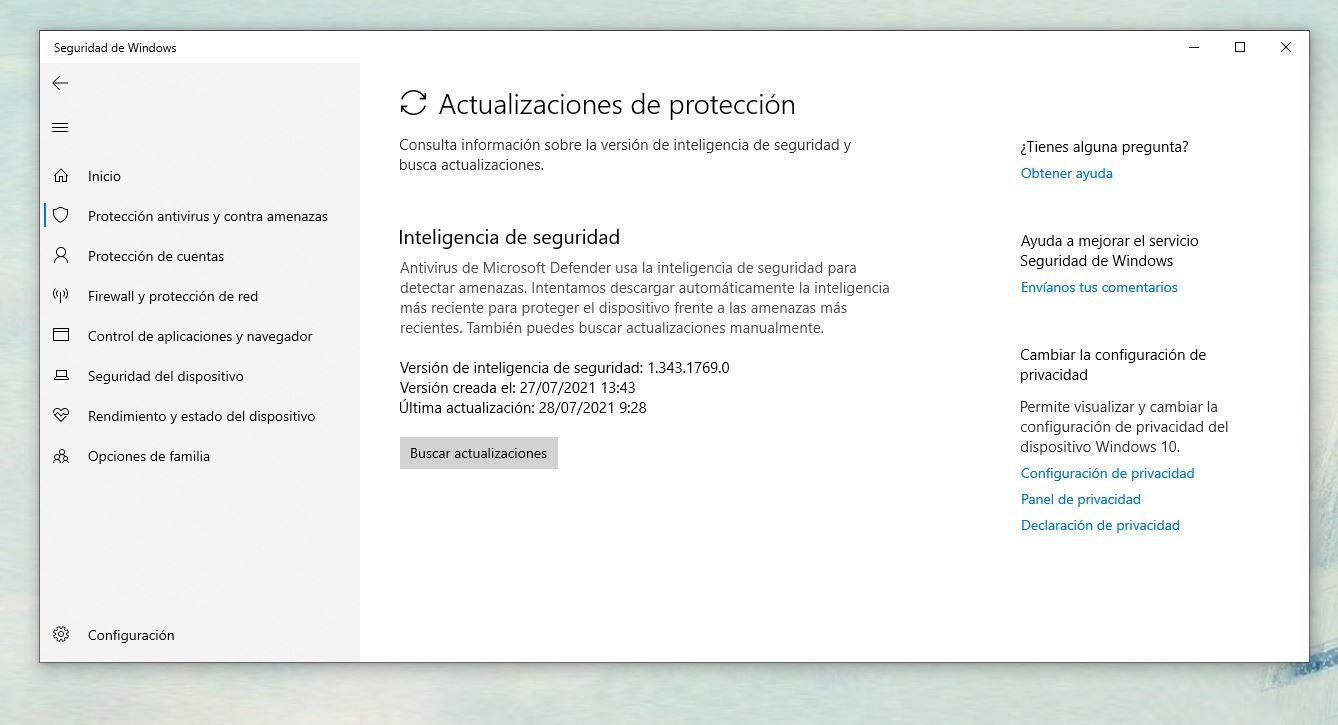