The power of our phone depends, 80%, on the processor. But RAM also plays a special role in mobile performance, as does, to a lesser extent, storage. Xiaomi knows this and has combined these last two factors to improve the operation of its mobiles.

The expansion of virtual RAM for the brand’s phones was first reported in May 2021. It was the developer, Kacper Skrzypek, who broke the news when he came across this tool within the MIUI 12.5 firmware. Since then, much has been said about this “Memory Extension”, renamed Virtual Memory Expansion by the technology firm itself.

How does MIUI virtual RAM work?

When any of us are faced with the increase in RAM of a computer system, we tend to buy modules with more capacity to exchange them for the old ones or house them in the free slots. With our mobile phones it is not impossible to change the memory by accessing its motherboard, which is why you have to depend on software and other tools to achieve this. 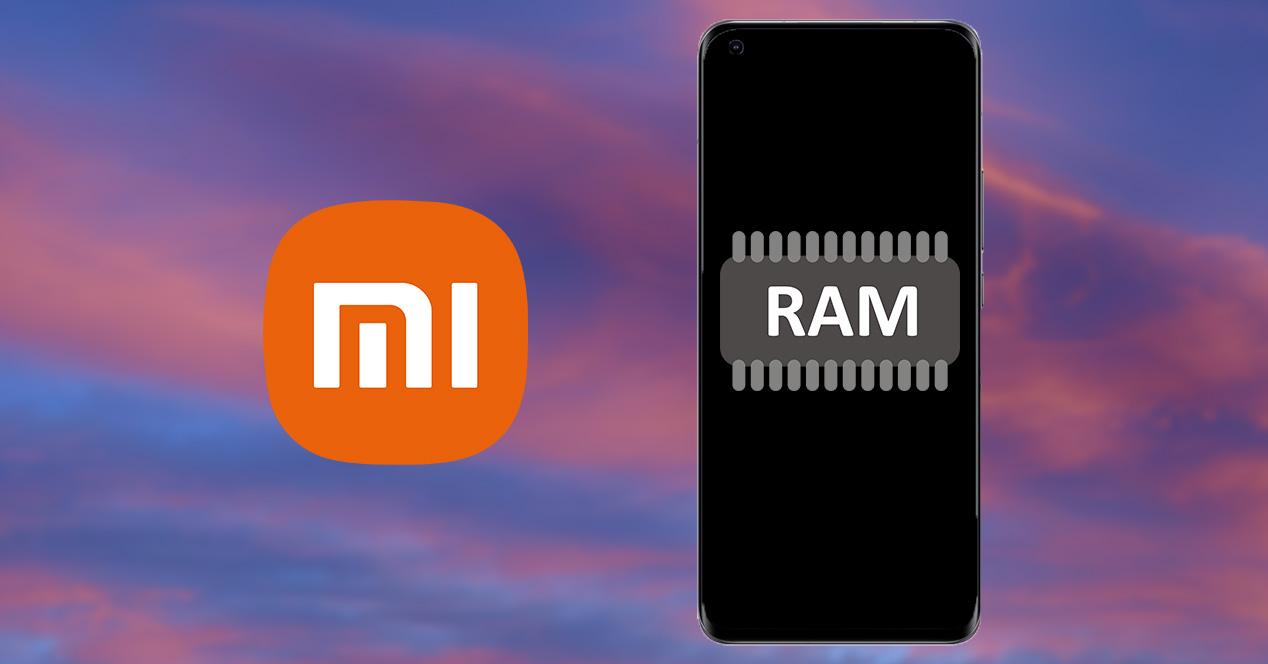 The idea behind this new tool that fans of the firm have liked so much is to assign part of the internal memory, that is, the storage, to the RAM when handling demanding applications and games. This means that, for example, for a device that has 6 GB or 8 GB of RAM, you can get up to 2 or 3 GB more, reaching 8 GB or 10 GB of RAM, respectively.

We are still facing a fairly early phase of this MIUI novelty but it is to be imagined that we will be able to see the expansion of virtual RAM mainly in Xiaomi mid-range-premium phones to the top of the range of the manufacturer’s catalog. However, where you would need to make use of this function the most is in those entry-level or low-mid-range terminals that need a boost of power to function normally. Perhaps, that is where it would be most necessary to “raise” the memory of devices with 2, 3 or 4 GB of RAM.

How is RAM expanded in MIUI?

As we have already said, this tool is not present in all Xiaomi phones at the moment, nor, of course, in all ROMs. At the moment the few phones that can expand the RAM from the mobile settings work with the brand’s Chinese ROM. 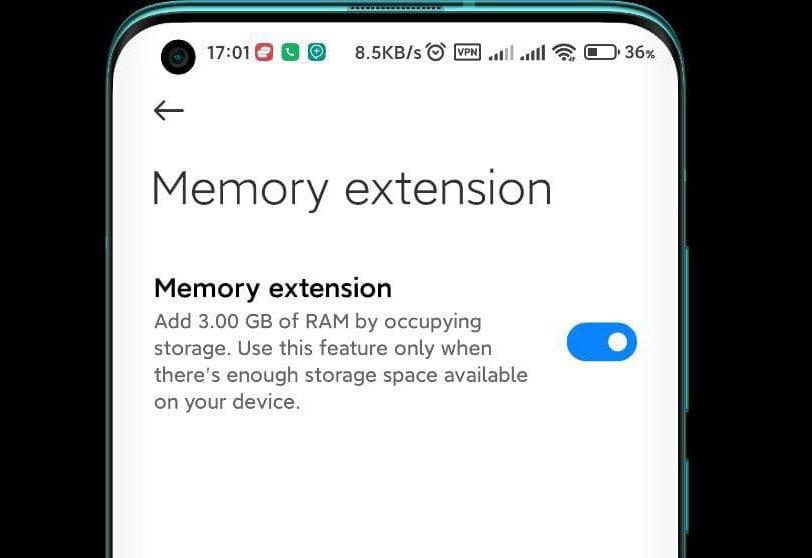 When it reaches the global versions of our mobiles, executing it will be as simple as entering the phone’s configuration and, within the MIUI system settings, finding the “Memory extension” menu. You do not have to do anything more complex or confusing, it will simply be enough to access this menu, activate the switch that accompanies the option and see how when executing the most demanding and heavy applications the smartphone boasts better behavior and performance more optimal.

Why doesn’t the function appear on my mobile?

First of all because, as we have said, it is a tool that is only active in a version of MIUI that will not reach Spain unless you buy an imported smartphone that has the Chinese ROM.

Also, when you start to expand globally, keep in mind that not all smartphones can expand RAM through this system. At the moment there are few chosen by the firm to be able to boast of this “plus” of power and, curiously, they are the most powerful in the Xiaomi catalog, worth the redundancy.

For now, the novelty is already available for Xiaomi phones starting with the Redmi Note 10 Pro 5G. The latest update of this phone brings the expansion of virtual memory in the system, capable of adding up to 2 GB of internal storage to RAM. 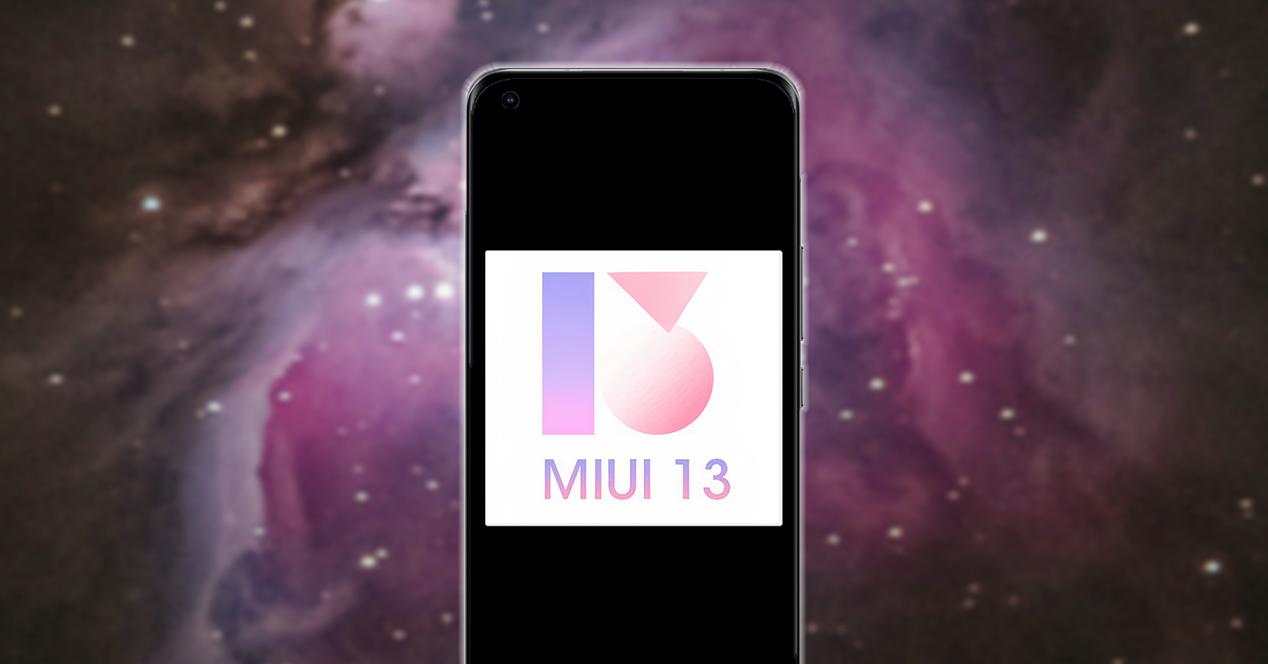 Shortly after landing in the mid-range, the tool has also announced its availability for another dozen of the brand’s smartphones. The key to all of them is that they work with one of Qualcomm’s high-end processors, that is, the Snapdragon 888, 870 or 865 . In the case of the Remdi model, it is powered by a MediaTek Dimensity 1100 processor.

Knowing this, this is the list of mobiles compatible with Xiaomi’s virtual RAM expansion :

We expect a broader rollout in the coming weeks, but it could arrive globally with MIUI 13, the next iteration of MIUI, which, in addition to this new 100% functional tool, will arrive with other security features such as shutdown confirmation and the latest addition to battery saving mode that allows users to choose between Performance and Balance mode.