The presentation of the new Huawei Mate 40 Pro and Pro + is closer than ever with the standard model of the terminal. These phones will reveal their characteristics very soon, although while we are seeing how both Huawei and the leaks are responsible for advancing their characteristics. As in the latter case where we have seen press images and features seen on the terminal box.

Undoubtedly, these new top of the range from the Chinese firm can represent a before and after in your career. If we take into account that this could be the last year in which we see new Huawei Kirin processors on the market, after the veto imposed on TSMC to manufacture its processors. 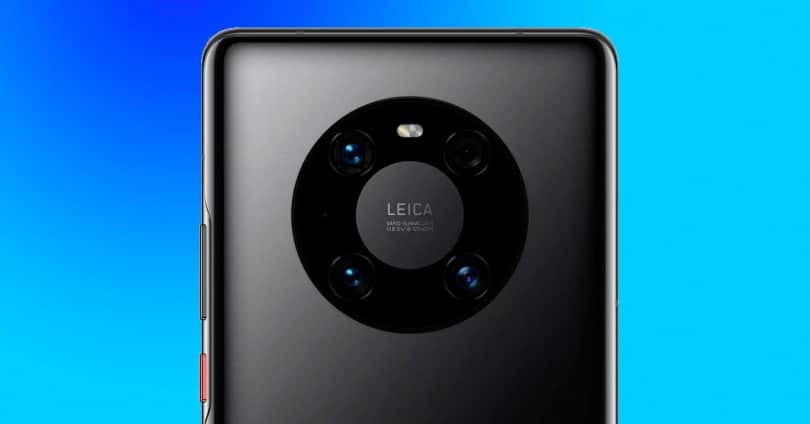 We have known today several images that presumably would belong to the press campaign of the terminal when it is launched on the market. In these we can see the Pro model in quite detail. A total of six images that leave nothing to the imagination about the design of the brand’s new top of the range. In this case, the camera is striking, which is shaped like a ring , instead of occupying a complete black sphere. In this case we can also see in a more detailed image its quad camera with sensors of 50 megapixels, 20 megapixels ultra wide angle, 2 megapixels telephoto lens and a TOF. In these images you can also see the double front camera , with a 13 megapixel sensor and a secondary depth sensor. Along with the images, a technical sheet of this model has been published, in which we find the Kirin 9000 processor, as well as a 6.76-inch OLED screen , a 4000mAh battery and 65W of power. A phone that once again will not come with Google services and apps. This year we will also have a phone above the Pro in the range, similar to Samsung’s Ultra. On this occasion, an image has also been leaked that shows one of the stickers on the box, in which you can see a couple of interesting details. The first of these is the RAM memory , since the model shown has no less than 12GB , a fairly high figure. Also within the label you can also see that it is the model with ” Ceramic black ” color. Some Huawei range caps that will be presented this week to succeed the Mate 30, specifically next Thursday 22, so we will leave doubts very soon.