Mobile devices have different functionalities that make them increasingly essential objects in our day to day. One of those tools that Android phones have, and especially Samsungs, is to share content how and when we want. In the case of the South Korean firm, we find it under the name of Direct Share or Quick Share.

More than anything, this is a tool that, surely, more than one uses several times a day to send the content you want to any contact in your phone book. From a funny image to any document that you need to send to anyone, even with this Samsung function, content can be transmitted quickly and directly just by accepting. This panel of the mobile phones of the South Korean company allows us to send content in a faster way with some of the people that we have saved in the agenda of our mobile phone. In addition, in it we can choose by which app we want to send said content, since it offers us different possible software applications that we have installed on the phone itself. 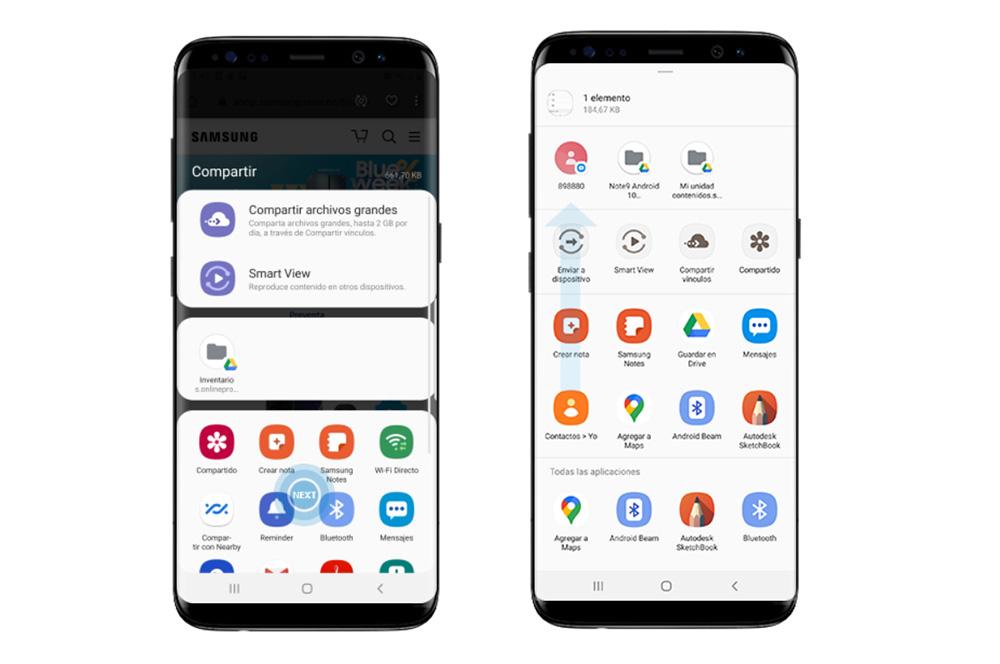 With this, we can send content to whoever we want without any major difficulty. However, a fact that not all users know is that the order offered by these apps offered by Direct Share, also known as Quick Share , can be changed, as well as the order in which they are displayed.

Basically, because a fairly common complaint, to which many users of the Asian firm have been adding, is that there are different moments in which the apps that we use to share most often are not shown among the first options. And not only this, but also since the arrival of One UI 2.0 to the manufacturer’s mobiles, another problem has also been frequently reported that has bothered a lot, and that we will explain later.

Activate it on your Samsung and customize it

After knowing something more in depth what this functionality of the company’s mobiles is for, it is time to see how we can get to use it and, above all, activate it on our smartphone. In addition, we will give you the key steps so that you can also change the order of the apps that will appear in the quick panel of passing content from your phone.

Therefore, in order to take full advantage of this tool and send any photo, document or video to a contact, you will have to follow the following steps to start using this tool: 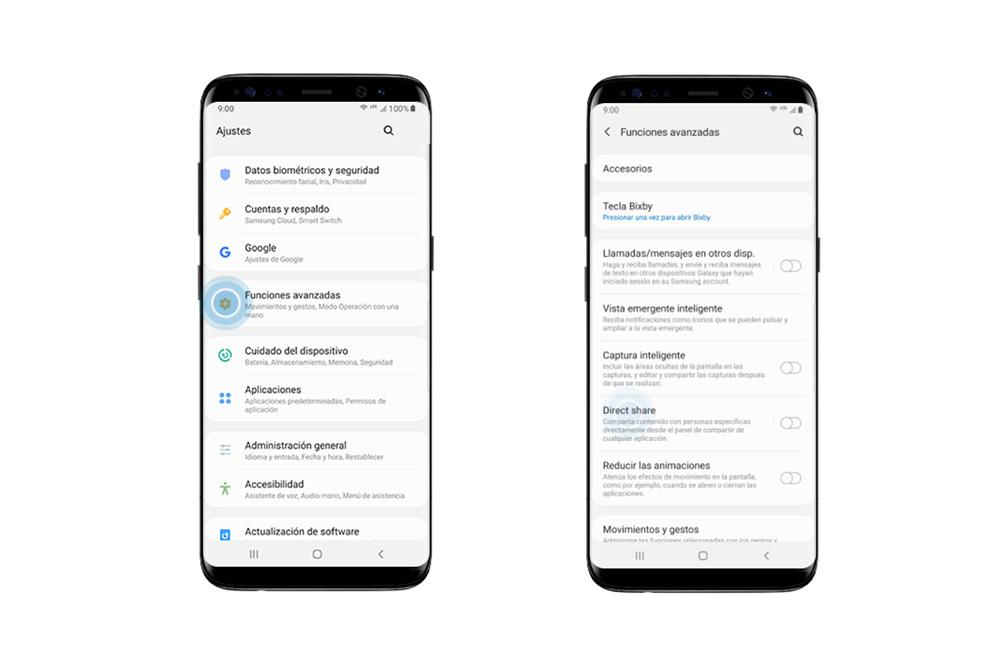 Once we have followed these steps, we will have this function enabled on our mobile phone. In addition, it will explain that we can pass content with specific people directly from the sharing panel of any application that we have installed on our smartphone.

However, it makes it clear to us that, for this, the application must support this functionality. If so, the Direct Share icons will appear at the top of the send files panel itself. And it is that in this way we will know if it is compatible or not to be able to use Direct Share in a certain smartphone app.

In addition to taking into account this possibility, that is, not in all third-party software on our terminal we can choose this function. The truth is that we can get to choose the order in which the apps that we use the most will appear to send files to the people we have saved among our contacts. To do this, we will have to have a Samsung mobile that has Android 11 and One UI 3 . If so, take the following steps:

By performing these steps, these applications will be displayed in the order that we have believed will benefit us the most when sending content to our contacts. Therefore, we will not waste much time when we look for the app to send our files to. Therefore, if we want to pass a document or multimedia file to a contact, we will have to open the app that we use in question, either WhatsApp or another similar one, and click on Send or Share. This will open the quick panel.

The problems of this function in Samsung mobiles

Although this functionality has become one of the basic pillars of the Google operating system to pass any file to our preferred contacts. The truth is that it was not until the arrival of Android 11 that we could see major changes in its interface , especially by reducing the number that an app appears on the list that offers us this functionality to pass files. 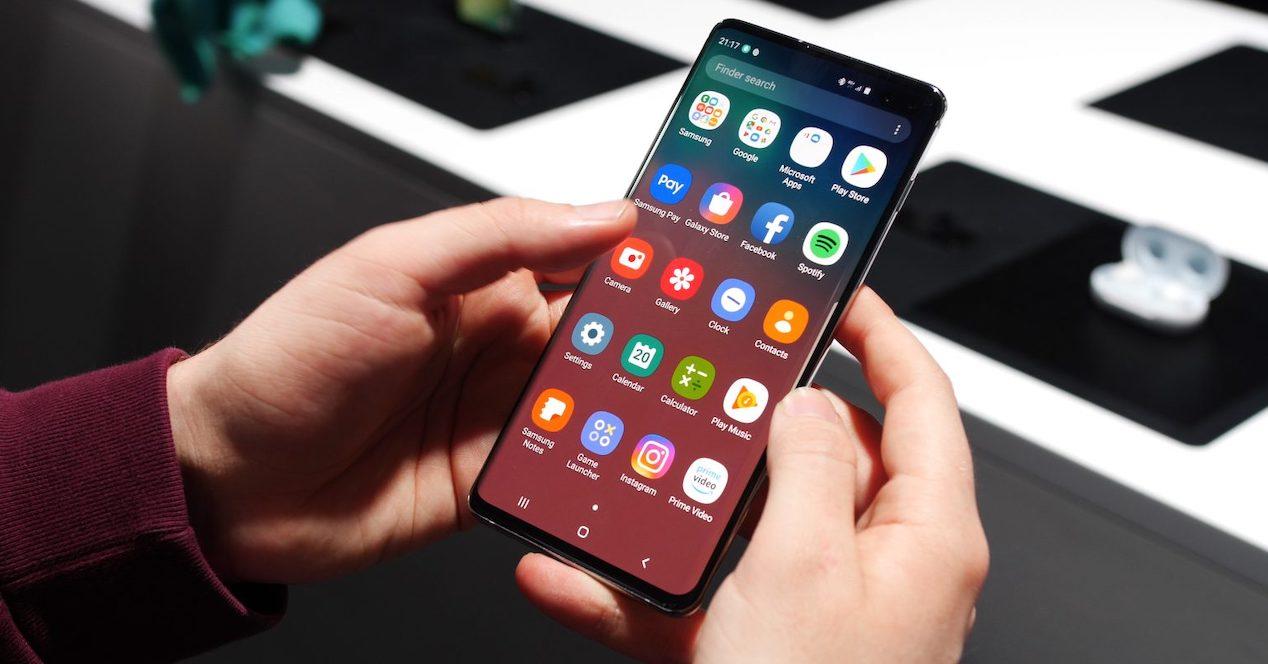 There have even been many users of the South Korean firm who have complained over time since the arrival of the version of One UI 2.0 together with Android 10 , as they considered that it had become a bit useless. Basically, they alleged this fact because only the shortcuts to applications that they hardly used appeared, in addition to always appearing among the first users with whom content was hardly shared.

However, later, with the One UI version of 3.0 alongside Android 11, users began to report that this problem had disappeared. And that, after updating to this version of the Samsung software layer, they began to see among the first options to send content to their most frequent contacts. In addition, with the arrival of this version, direct Wi-Fi was eliminated from the application options, replacing it with the Near Device function once within Samsung’s own Quick Share menu .

However, if you want to remove the Direct Share menu on your smartphone, you will only have to follow the previous steps to be able to disable this tool from your mobile phone in case you do not want to use it anymore: Settings> Advanced Features> disable Quick Share or Direct Share.