As many of you may already know first-hand, personal assistants are elements that do not stop growing. Many technology firms have their own proposal in this regard, where Cortana is the Windows 10 personal assistant. Those of Redmond have been working on it for a long time so that its acceptance grows.

In fact, in recent years Cortana has improved a lot in terms of what it can do. But of course, like many desktop personal assistants, it is still not used as much as the same company would like. In the same way, it can also be said that it is not as useful as the personal assistant of a mobile operating system , for example. But Microsoft does not give up in this regard, especially if we take into account the enormous penetration of Windows 10. When we refer to this particular case, it should be mentioned that Cortana is not as popular as other virtual assistants at the moment. But it also has some interesting tricks that we can use to improve the operating system. This allows us to set reminders, add events, search for certain information, take quick notes, or even launch applications. At the same time we will tell you that it works quite well with voice commands .

You already know that from our mobile devices and for a long time, we have the possibility of using the voice assistants integrated by both Apple and Google. These arrive to us already installed in their corresponding terminals so that we can handle these with greater ease. They also allow us to access all kinds of information, all by voice. That is why Microsoft has not wanted to be less in the system for desktop PCs most used as Windows 10.

Although its success has not been as expected, the assistant on which we are going to focus on these lines, Cortana, is one of Microsoft’s big bets. In this way, the firm hopes that its hundreds of millions of users will finally choose to use it in Windows.

See the Cortana button on the Taskbar

In the event that we finally decide to activate the assistant and use it regularly, this can be very useful. The purpose of all this is to save time when working with the desktop computer. This is an element that we initially find in the system’s Taskbar , but the corresponding icon will not always be visible.

Thus, in the event that you do not see the icon we are talking about to use Cortana through voice commands, it is hidden. To view it, we only have to click with the right button of the mouse on the Taskbar. Here we can select the option to Show Cortana button. 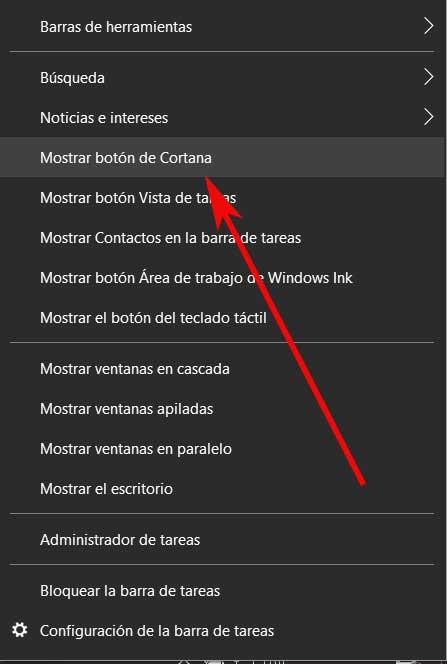 Activate Cortana to use voice commands

Of course, just because we already see the button corresponding to the assistant in the Taskbar, it does not mean that they are already in operation. We can check that in a simple way just by clicking on it. In the event that the system then asks us to enter the account credentials, this will help us to activate the wizard. 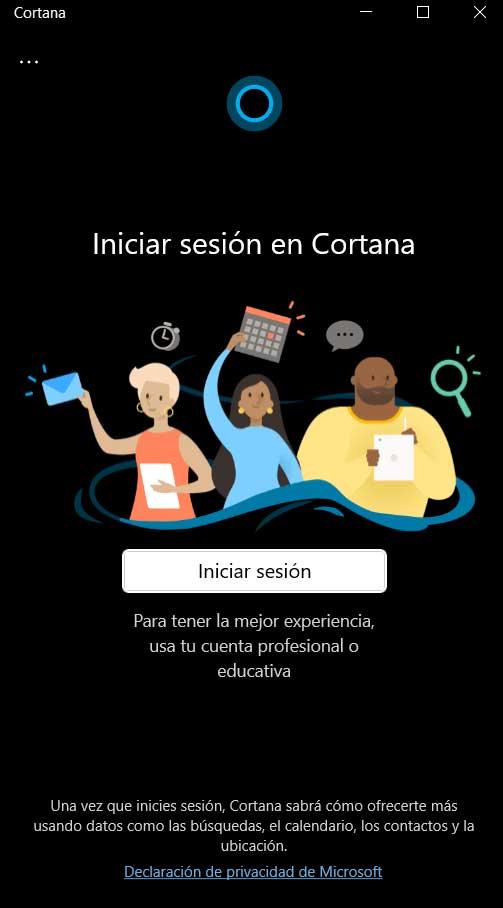 Something that we must also bear in mind is that, as is usual, this is an assistant that we can use both via voice through commands , and with the keyboard.

Of course, something that we must bear in mind is that Cortana has to be activated before being able to use it. Thus, when we start a new installation of Windows 10 for the first time, we have the option to configure it. If not this is something we can do later from the desktop. You also have to know that Cortana works and is activated when Windows 10 has an Internet connection. But sometimes we find that the assistant still does not work, so let’s see what we can do to solve it and use Cortana.

Restart the wizard on the PC

Here we must bear in mind that Cortana is a standalone application in Windows. With this, what we want to tell you is that if you cannot activate it, we can always try to restart the application as such. To do this, we right-click on the Taskbar and select the Task Manager option from the context menu. 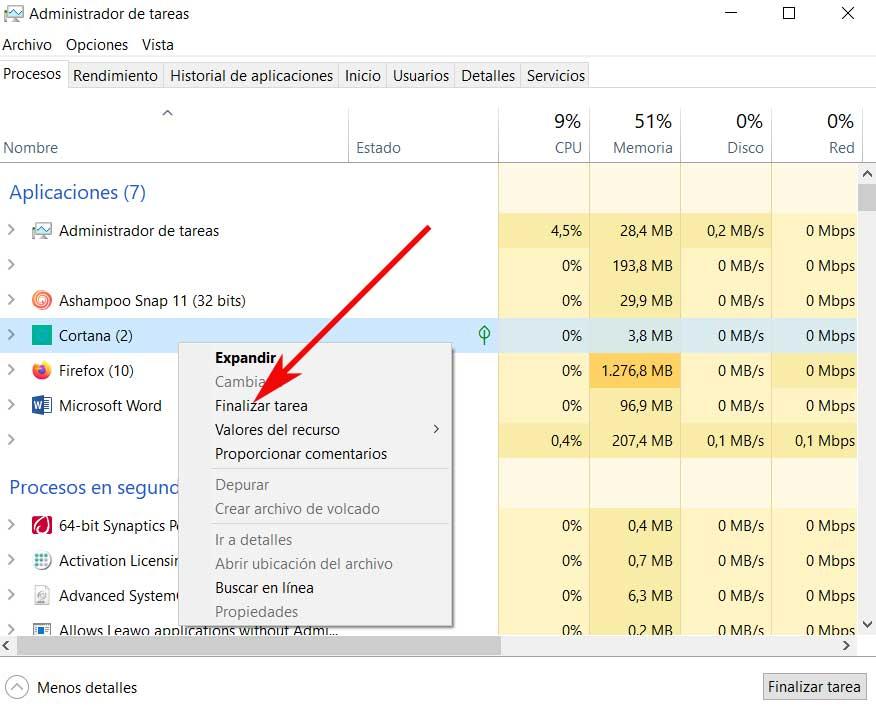 Once we find the window of this specific section, we go to the Processes tab. Here we locate the Cortana entry and click Finish task by right-clicking on it. Now we only have to restart the system and try to activate the assistant again.

Cortana is officially available only in some regions or countries, but despite this we can find that it works outside of these. Of course, some functions may be restricted, but most, such as reminders, timers, the notebook, etc., will work.

Therefore, if you cannot activate Cortana in Windows 10 , it may be due to your region settings. To change it we open the Settings application, for example with the Win + I keyboard shortcut. On the screen that appears we go to the Time and language section, and in the left panel we click on Region.

Now we just have to open the Country or region drop-down list and select one of the compatible ones, which are the following:

Now we have to restart the system and activate Cortana and then change the region back to the original one.

Disable Windows Defender or any antivirus

In most cases we will have an antivirus running on the computer. But you have to know that despite the services that it offers us, it is also the cause of some problems. This is mainly due to the blocking of certain functions and parameters, as could happen in the case at hand.

With this, what we want to tell you is that you already use Windows Defender or any other third-party solution, deactivate it temporarily. This could allow us to activate Cortana, and then put the antivirus back into operation.

On the other hand, Cortana depends on certain services to function. Location is one of those services that is used to show nearby places, for example, restaurant recommendations, or the current weather in the area. That is why we must make sure that we have location services activated in Windows 10.

The Windows assistant, being an independent application, can be uninstalled and reinstalled like many other applications. A new installation of this can solve the problems with the same. Therefore, in order to uninstall and reinstall Cortana we must have the 2004 version of Windows 10 . Next we open a PowerShell window with administrator permissions.

Here we just have to run the following command to uninstall Cortana:

After this we restart the system and install Cortana again from the Microsoft Store.