Dark mode on Android mobile devices arrived a while ago, and it seems that it has no intention of going anywhere. More than anything because users have seen in it a new way to personalize their smartphone even more without having to resort to third-party themes or apps that help them find a new style for the interface of their mobile phone.

In addition, we will be able to completely change the design of our smartphones, as well as the applications that we have installed on the terminal. Even if we have a smartphone in which we have AMOLED screen technology, we will have another extra plus, and that is that we will reduce the consumption of the phone’s battery. For this reason, we will show you all the possible configurations that we will find in the dark theme that is integrated in smartphones with the Google operating system. Activate the dark theme on your Android mobile

One of the great adjustments that began to be added from Android 10 was the arrival of the dark theme for the touch panels of our mobile devices. However, the various updates that have been carried out in the different layers of personalization of smartphone manufacturers have also been influencing. More than anything, because each one has tried to give their phones an extra plus to get a differentiated point in their dark modes.

For this reason, we will base ourselves on the basic dark theme that began to be added to smartphones starting with Android 10, but we will also see the great advantage of having the latest version of Google’s operating system. Therefore, to be able to activate it first on our mobile device, the first thing we will have to do is check which version of the system we have on our phone. 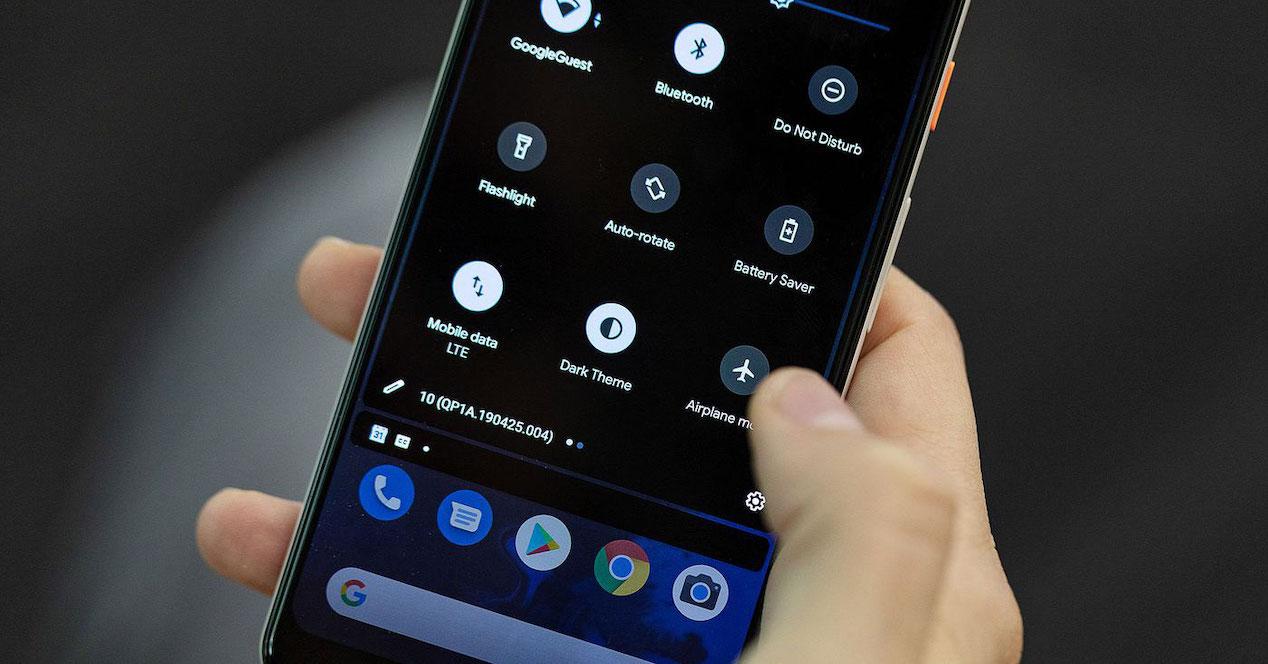 To check this small requirement we must enter the smartphone settings and look for a similar section called About the phone. This section may change depending on the software layer that is installed in the terminal. In it, we will find which version we have, but what we will need at least will be Android 10 , since, for example, in the Pie version it is not integrated into all mobile devices, so it will be left to chance.

However, if you have a smartphone with Android One or Go , the pure versions of Google’s operating system, you will also be able to enjoy this dark mode, since all these smartphones do have this feature in their settings. Now, it will be time to definitely activate it on our smartphone.

The first thing we will have to do is go into Settings> Display> Dark theme and select the switch that appears next to it. In addition, we can also choose between different options. The first possibility among which we can choose will be to activate it at dusk, yes, we will need to have the location activated since it will be based on this data to control the time of sunset and sunrise. And as a second option, we will have to activate it at the time we prefer.

For this configuration, unfortunately, not only will it be useful to have Android 10, but we will have to have the next version of Google’s operating system. Basically because since that update an extra setting was implemented that allowed us to program the activation of the dark theme on our mobile devices, as we had previously told you.

In addition, as we also mentioned previously, the fact that our smartphone has a screen with AMOLED or OLED technology, the truth is that it will be a great advantage for saving energy. And not only this small plus, but it will also be much more comfortable for our eyes, especially in places when we no longer have light. 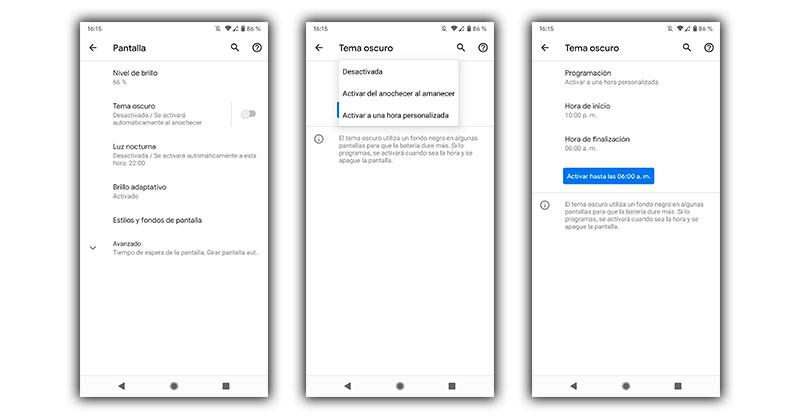 Therefore, if you do not want to have to be continuously enabling it yourself and you prefer your mobile device to do it alone, these are the steps you must follow to make it possible:

Dark mode does not appear on your smartphone?

Not all users will be able to count on these standard options, even when activating it from the settings of our smartphone, not all apps are compatible , as is the case with Facebook software. Although with the passage of time it is rare to find an application that is not changed as soon as you configure it on the mobile. 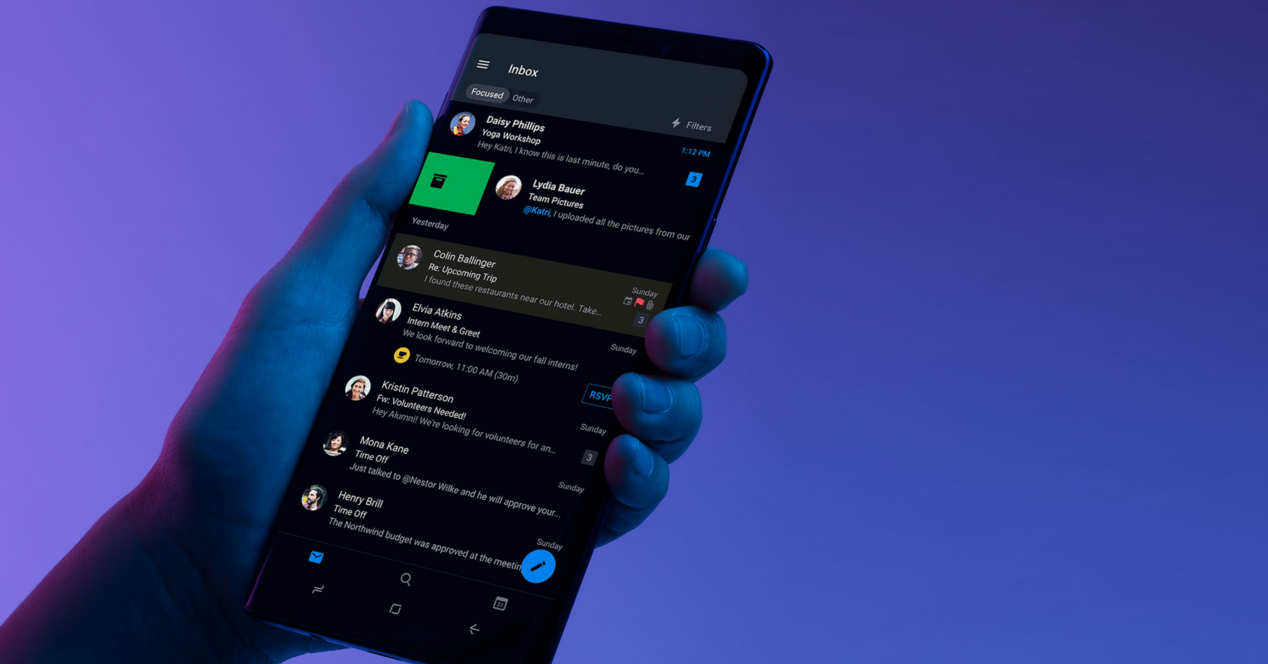 However, on many occasions its appearance is not modified because the application itself has an adjustment that allows us to change its aesthetics to the dark theme. So it will be a great advantage for all those users who do not have this feature among the settings of their smartphone. You will only have to investigate between the configuration of the software itself and look for the option of Dark Mode .

In the event that you do have a version of Android 10 or later installed, but you cannot get it to be enabled or appear among the settings of your smartphone, you may have to go to force dark mode. This small step will not be difficult to follow or complete, we will simply have to access the developer options to start using it on our phone. To do this, the first thing we will have to do is enter Settings> Phone information and repeatedly touch the compilation number.

After this, we will get them to enable the developer options. The next path will be Settings> System> Advanced> Developer options. Although this route could vary again due to the fact of having one layer or another of software. Finally, within this section we will have to slide to the option called Force dark mode . From there, we will already have this functionality among the settings of our Android phone so that we can enable it when we decide.