Every day we work more in the cloud and we like to have our files always at our fingertips. In this tutorial we are going to explain everything we can do with a home server, or commonly known as a NAS server. We will also explain its advantages and disadvantages, and the equipment that we could use to have our own home server without depending on the “cloud”, but we can have everything locally.

A machine of this type in our home opens up a lot of possibilities. It is not only that we can access the content that we have hosted in it remotely and easily and quickly, but it also offers us more possibilities. In addition, of use for work reasons, we could use it locally and on the Internet to share multimedia content such as movies, series and set up our own Netflix on the server. 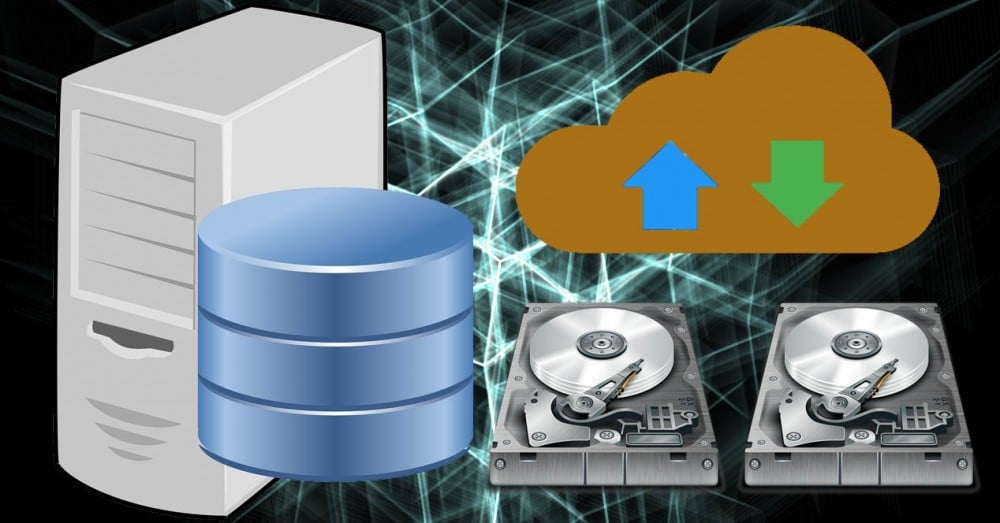 The next thing we are going to analyze are the advantages and disadvantages of having a server in our house so that you can form your own opinion.

Advantages of having a home server at home

Today, one of the things that users care most about is keeping our privacy safe. Therefore, if we decide to do with a home server, a very important advantage is that the data is always in our possession . The difference is clear, since, if we hire a hosting service, or a “Cloud” service, they would be the ones who have control of our personal data. 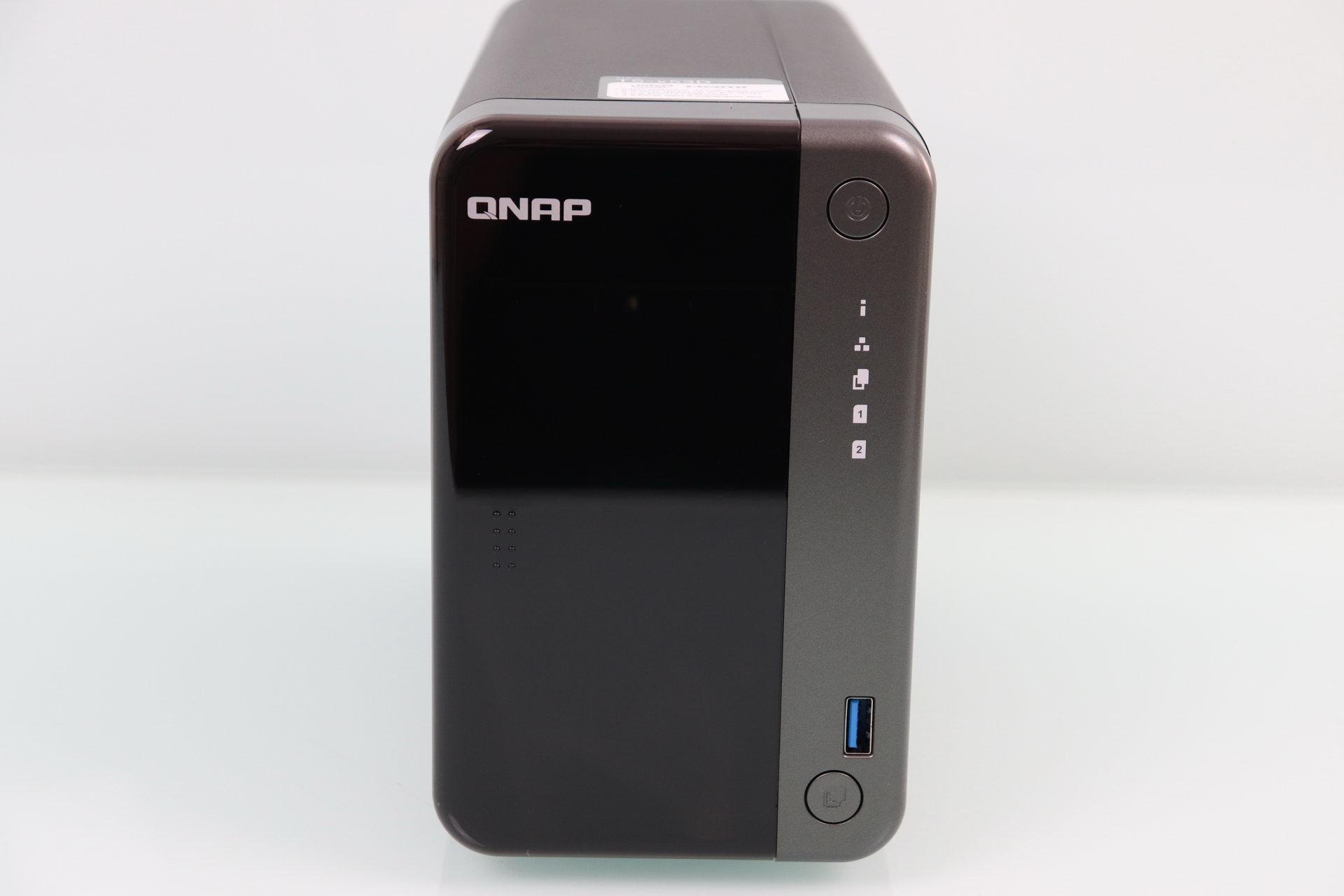 Another positive thing is that we can configure it the way we want, that is, we have great flexibility . In that sense we could choose:

On the other hand, we can also schedule our backups. In that sense, we could choose the schedule that interests us the most and how often we want that backup to be made.

For home users, NAS servers from brands such as QNAP, Synology or ASUSTOR are the best option, since it comes with the pre-installed operating system, with a very intuitive graphical user interface, and a large amount of software that we can install without the need. to enter via SSH to the server and install it manually.

Disadvantages of having a home server at home

However, not all are positive things when it comes to having our own server in our house. Also, we are going to have to face a series of problems that we must solve.

The first important factor to consider is the workload you are going to have . If, for example, you are going to perform basic tasks there would be no reason to worry. However, if you are going to handle large amounts of data, things get complicated if we don’t have the right hardware. So to be able to work efficiently with a home server, a significant financial outlay on hardware might be required.

The second problem that we could face will depend on our internet connection . Here the contracted speed plays an important role. Fortunately, things have changed quite a bit in that regard. Now, fiber optics is widespread, and symmetric connections are the order of the day. Remember that not long ago the download speed was much higher than the upload speed. Unless you have ADSL, in principle you should not have many problems, at most you may have to increase the contracted speed.

Also another detail that sooner or later will touch us with a domestic server is that they are difficult to scale. With the passage of time they become obsolete and require practically a complete hardware renovation. In addition, a very important aspect is that it will increase our electricity bill , although it will depend on the hardware used, normally home NAS servers do not usually have high energy consumption.

Another important aspect is that security is in our hands . In this regard, we must be the ones who worry that:

This is neither positive nor negative, it all depends on the interest with which we take the task. If we do it efficiently we could be better protected than in a hosting or Cloud service.

Finally, the knowledge to set up a home server or a NAS server is necessary, both at the hardware level if we are going to set up our own server, and at the software level to correctly configure all the parameters that we will need. If you don’t have any knowledge, it will always be better to use cloud storage services such as Google Drive, OneDrive or Dropbox among others, since you will not have to worry about the hardware or the software.

Tasks to which we can dedicate a home server

Once we know all the pros and cons of having a home server, it is time to explain what we can use it for. Obviously, depending on the use and bandwidth you need, the capacities of that equipment must be increased.

For example, one of the things we could do would be to host our own website . In that sense we could have at home:

We could also have an FTP server hosted on our home server. Thanks to him, if we give him access to the outside, we can download our files when we are away from home. 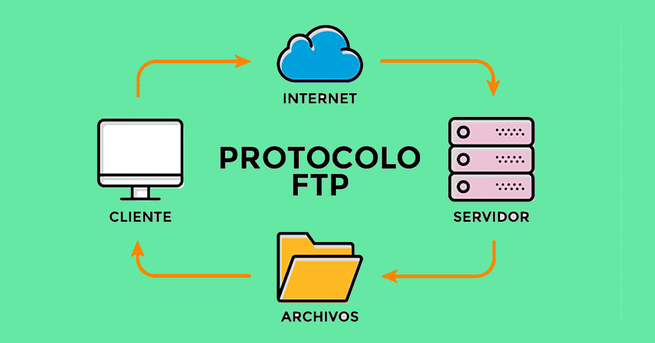 On the other hand, we could create a multimedia server so that the inhabitants of that address can enjoy streaming content. Thus, in this way you could watch series, movies or simply listen to music. If you make use of Plex Media Server, you could set up your own Netflix at home. In addition, we could use it as a P2P download manager by adding an eMule or Torrent client. Then the only thing we would have to do is access it, add our downloads and manage them.

Every day people are more fond of playing online. Another possibility that we could have in our house is a game server . Imagine the possibility of playing a friendly match with just your friends. It also gives you the possibility to open it to everyone and be the administrator. Thus, you configure it according to your rules and the game mode that you like the most is established.

Another possibility that we have left is to configure it as a home automation and security server . In this sense, we could use it to control our video surveillance cameras and their recordings. Besides, we could also control smart plugs and other home automation gadgets.

As you can see, we have multiple possibilities to do with a home server. It does not have to be one, they can be several at the same time or even separately. The only thing, that the more workload you have simultaneously, we will need more powerful hardware.

What equipment can we use to make a home server

With the passage of time, our PC is becoming obsolete. If we use it to play, there comes a time that, even if we expand it with a new graphic, it can no longer take advantage of it. That’s because there is an effect called a bottleneck. What happens is that the CPU is not able to take advantage of all the information that the graph sends it. In that case, even with a lower one we would obtain the same results.

What do we do with that PC? Keep in mind that, although for some tasks it has become obsolete, for others it is still valid. One of them may be to turn our old PC into a home server . The only thing we would need is to buy one or more hard drives if we need it. 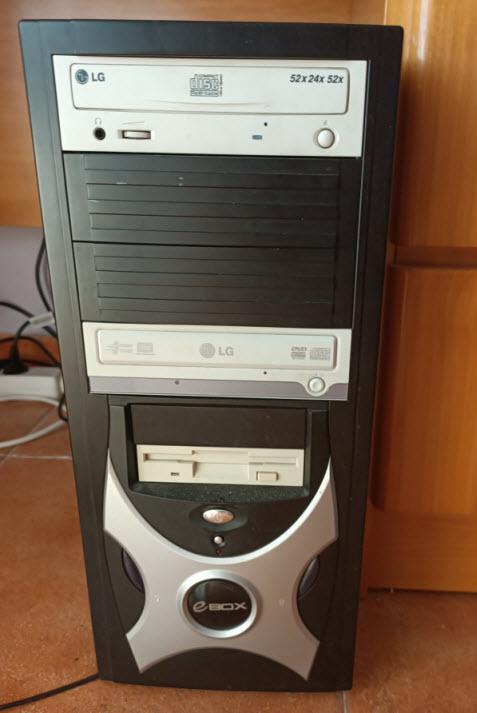 A home server is generally run 24 hours a day. The first thing we would have to do is open that box and clean it thoroughly. Keep in mind that heat and dust are the main enemies of electronic components. You could also think about adding an additional fan to the box if you see it necessary to improve cooling.

The next step would be to do a clean installation of the operating system. For which previously formatting the hard drive where it is going to be installed is a good idea. One choice could be Windows although we should not rule out Linux. The latter with older PCs could offer better results. Next, you have to make an installation as simple as possible. In this case it will consist of adding only the programs that we need. The fewer services you have running at the same time, the more available resources it will have and the more fluid it will be. For example, one thing we could install is an FTP server.

It would be highly recommended to use NAS-oriented operating systems such as FreeNAS / TrueNAS, XigmaNAS, OpenMediaVault and even XPenology, thanks to these operating systems, you can have a large number of pre-installed and pre-configured services, without the need for extensive knowledge of servers. 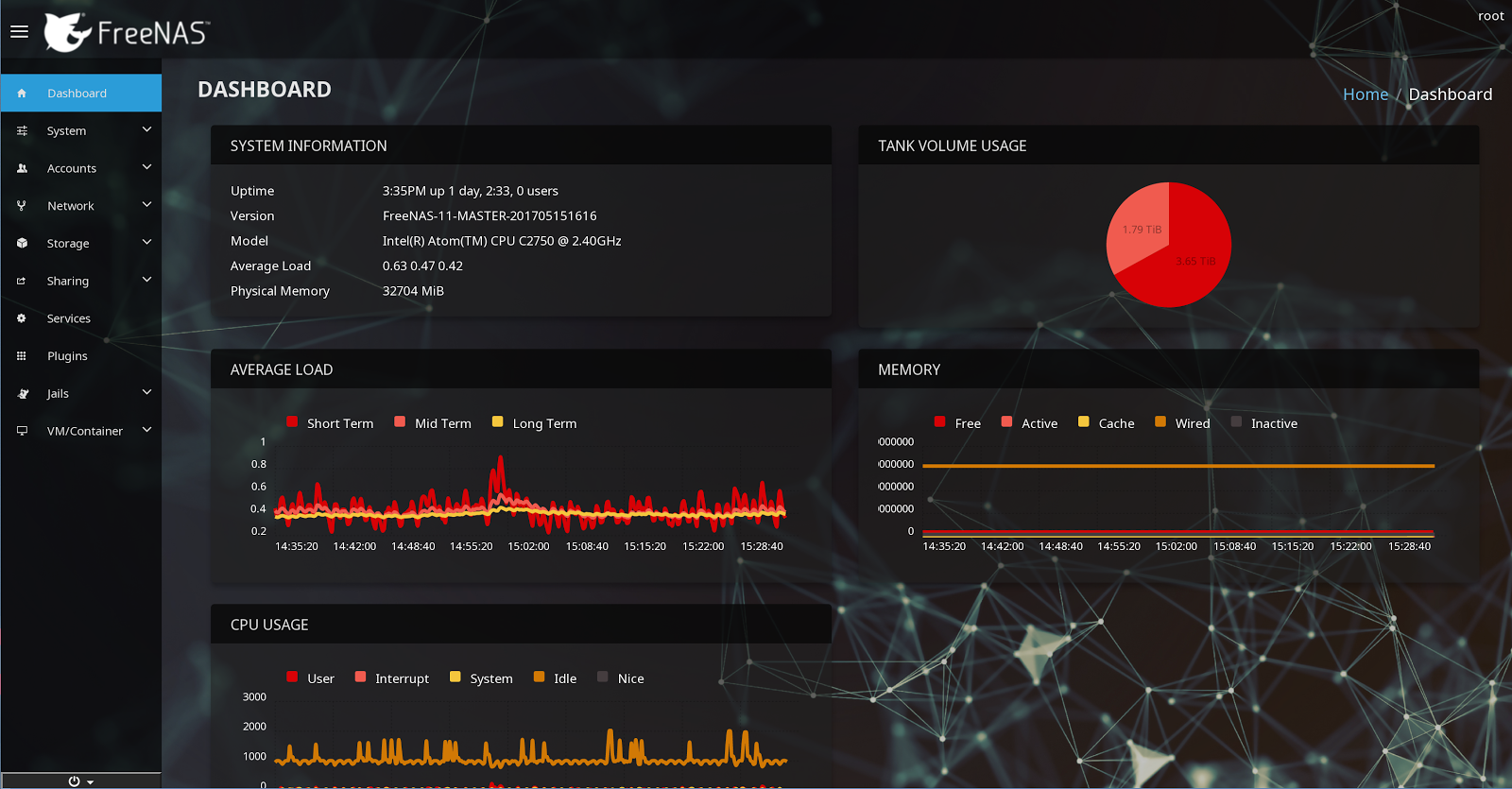 Another alternative that we could use to make our home server would be to buy a NAS . For practical purposes, it is a network attached storage device. A NAS could be considered as a computer with its own operating system, CPU and RAM. Then, we have to add the hard drives as with a PC. One of the things for which they are already prepared is so that we can create our own private cloud, although more functionalities can be added. For example, one that we could use is the QNAP TS-253D that we recently reviewed in this article, and if you want a super powerful NAS server, you can always turn to the QNAP TS-1277 which is professional and with really powerful hardware. 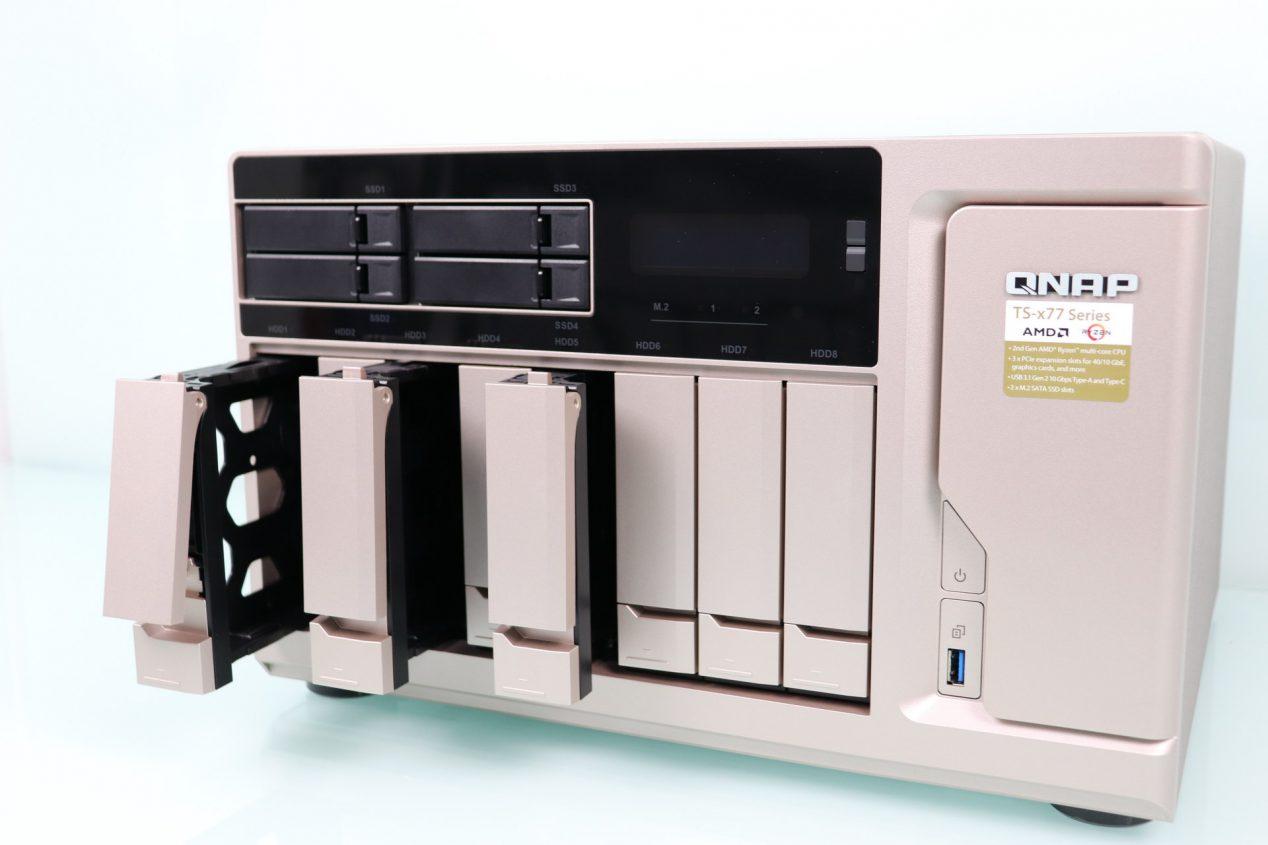 Finally, we could also mount our home server using much cheaper options. One of them would be using a Raspberry Pi , always the latest version available that will be the most powerful.

In short, you have many alternatives to get your own home server without the economic cost being high.