The Xbox Series S is Microsoft‘s cheap gaming console option. Less powerful than the Xbox Series X but also considerably cheaper, this console has enough solvency to play almost any game at 1080p resolution at an acceptable FPS rate, but could you have a PC to play for the same price and with a like performance? Let’s see it.

Right from the start, and with the price at which the hardware is currently, those €279 that the Xbox Series S costs are going to be really too short for us to be able to build a PC to play, and we would also have to resort to dubious OEM components quality for it. Nevertheless, we are going to try. A PC similar to the Xbox Series S for the same price?

As we have mentioned before, the only option we have to build a PC with similar characteristics and with such a small budget is to choose low-quality components. Some stores offer us very basic PC configurations for similar prices, such as the PcCom Basic Home offered by PcComponentes and priced at 276 Euros. 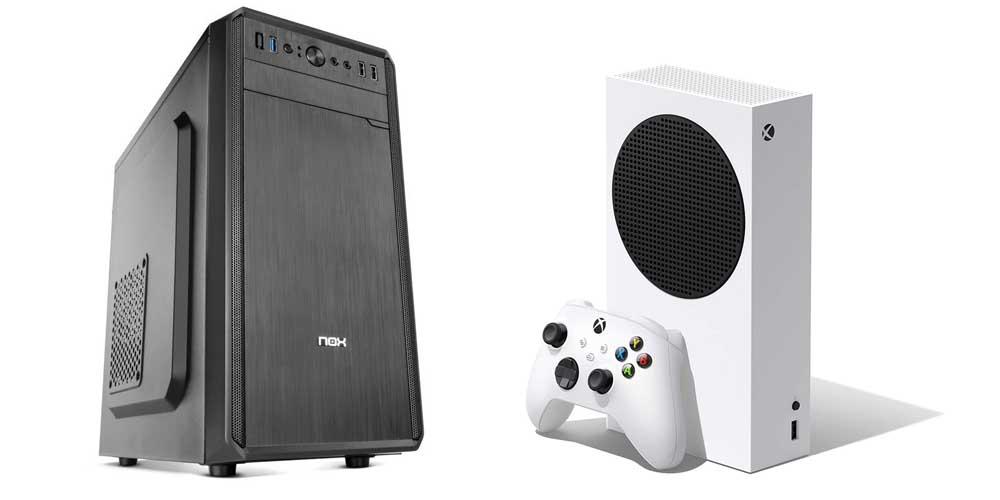 This PC pre-configured by the store has an Intel Celeron G5905 processor , with just 2 cores and 2 threads at 3.5 GHz, which, clearly, is already inferior to the APU that the Microsoft console mounts. It comes with 8 GB of 2,666 MHz DDR4 RAM which isn’t bad for gaming, and a 480 GB SATA SSD which isn’t bad either. It comes mounted in a NOX Lite 30 box and with an integrated OEM power supply of which they don’t even specify the power, so you can imagine. In addition, it comes without an operating system.

This equipment has integrated graphics in the processor, specifically with an Intel UHD 610 at 1.05 GHz that, although it can be used for office automation, multimedia and even some basic games, we cannot expect performance comparable to that offered by the Xbox Series. S to Full HD resolution, which is precisely the idea.

We would also have the option of going for a mini PC (for example, in NUC format), but we would be in the same situation: the integrated graphics cannot offer us decent performance to be able to play at Full HD resolution as the Microsoft console does, as well In short, the answer to the question is that no, you can not build a PC to play with the performance and price of the Xbox Series S. Not even close.

How much would a PC with the power of this console cost?

If you really want a PC that has gaming performance similar to that of the Xbox Series S (and we say similar, not equal or better), the PC that we have shown you in the previous section could be worth it as long as we add a graphics card dedicated and a slightly more powerful processor. This basic equipment mounts an MSI H510M PRO-E motherboard, which means that we could install Intel Core processors up to the 11th generation, although the ideal to find an equivalent would be an AMD Ryzen 5 3600 . Something “similar” in Intel and compatible with this board would be the Core i5-9400F , which costs around €180. 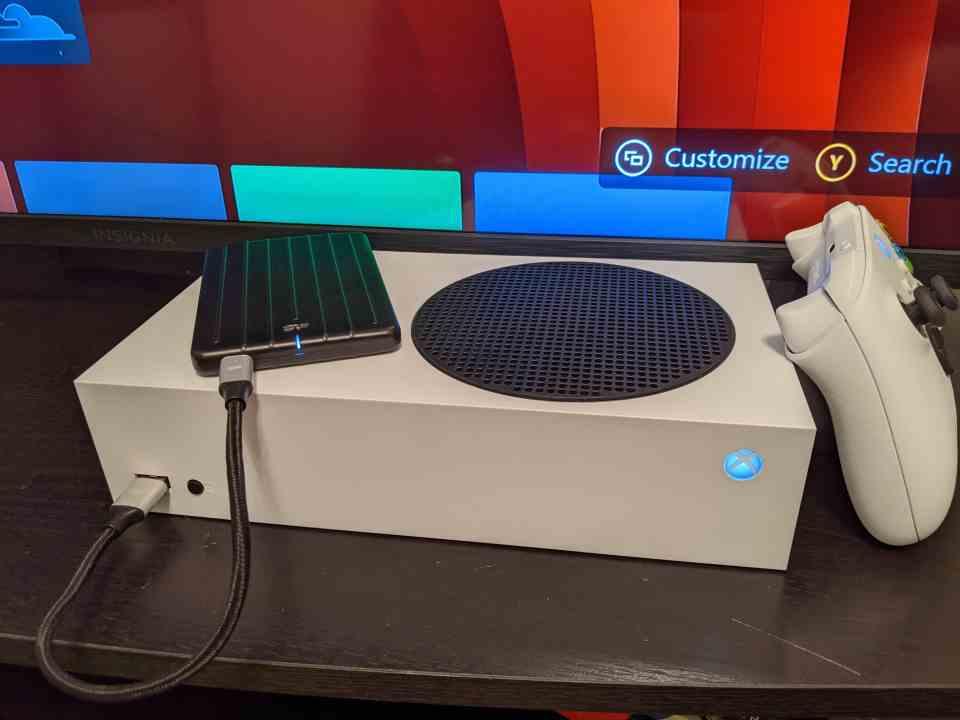 As for the dedicated graphics, something equivalent in performance is a GeForce GTX 1060 3 GB, but this graphics is already discontinued. We could opt for a GeForce RTX 3050 which, of course, will give us excellent performance at Full HD resolution, but it would mean an investment of more than 300 Euros and, in addition, we would have to see if the power supply is compatible.

In short, in the end you would have to build a PC from scratch and you would spend approximately 700 Euros to have the performance of the Xbox Series S, so it is certainly not something that is worth much (for that save a little more and you assemble a gaming PC in conditions, right?).