The Intel Arc A380 graphics card has been launched in China , being, at the moment, exclusive for that market. The first performance data clearly shows a fairly simple, entry-level graphics card. At the moment, it is not available anywhere else, but the colleagues at Wccftech have published data on these graphics cards.

We must bear in mind that it is not really a new graphics card, it is an adaptation. It really is an Intel Arc A370M graphics card , but one that has been brought to the mainstream market. Yes, there are some settings that allow it to offer a little extra performance. This is the Intel Arc A380 graphics card

The graphics card is accompanied by 6 GB GDDR6 with a 96-bit memory interface and a bandwidth of 192 GB/s. It makes use of the PCIe 4.0 x8 interface and has HDMI 2.0 and DisplayPort 1.4a outputs. 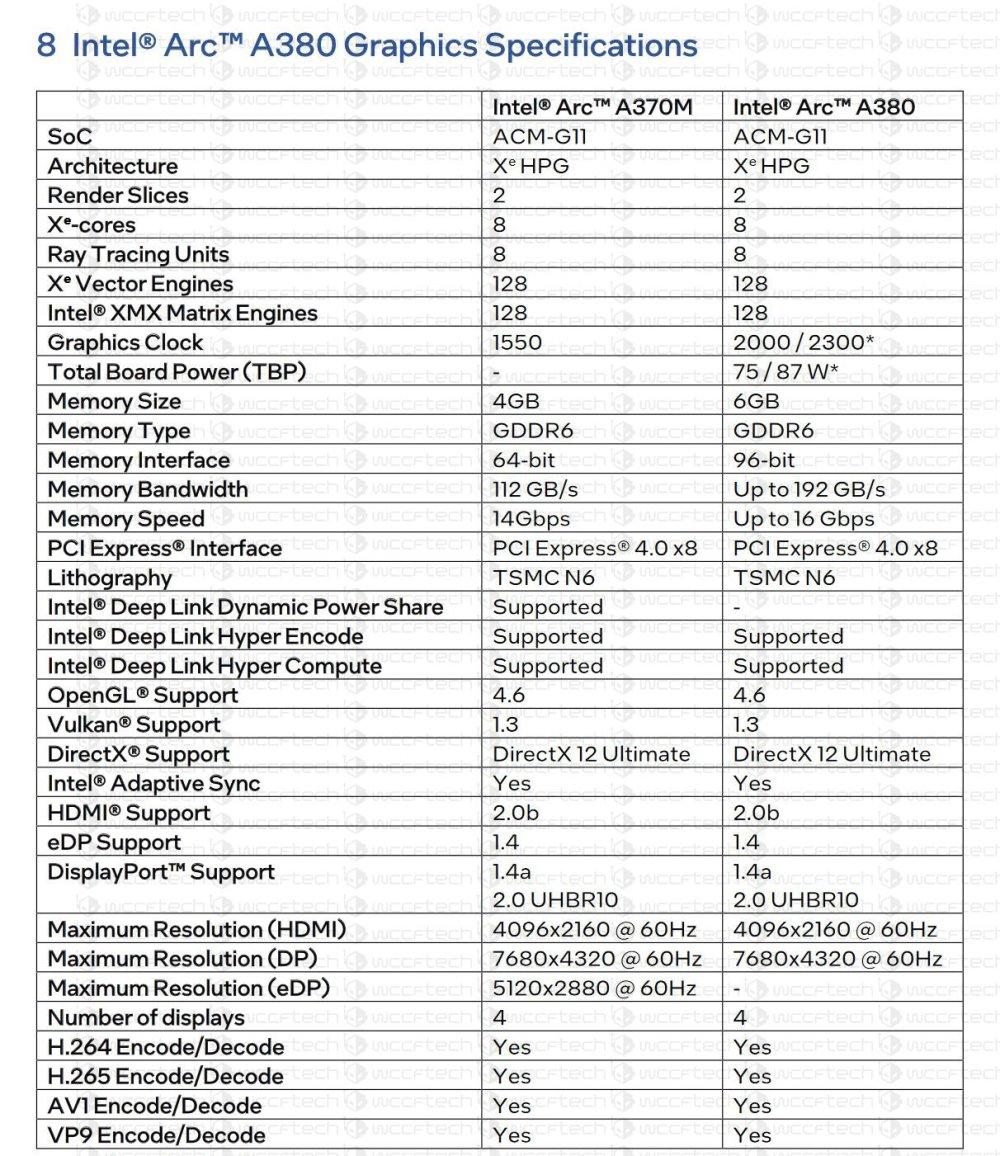 As we have mentioned, at the moment it has only been launched in China with a price of 880 yuan. The change is about 125 euros, to which we have to add 21% VAT, which would be just over 150 euros . Not a bad price, considering how the graphics card market is right now.

Let’s go now with the performance. For this test, 1080p resolution has been chosen in medium graphic quality to obtain more than 60 FPS. The Intel graphics card is compared with the NVIDIA GTX 1650 and the AMD RX 6400 , which would be the most equivalent.

Only the game Naraka Bladepoing (sorry, I don’t know what game it is) outperforms the graphics of Intel to those of AMD and NVIDIA. The Witcher 3, Total War: Troy and F1 2021 show better performance compared to AMD graphics. 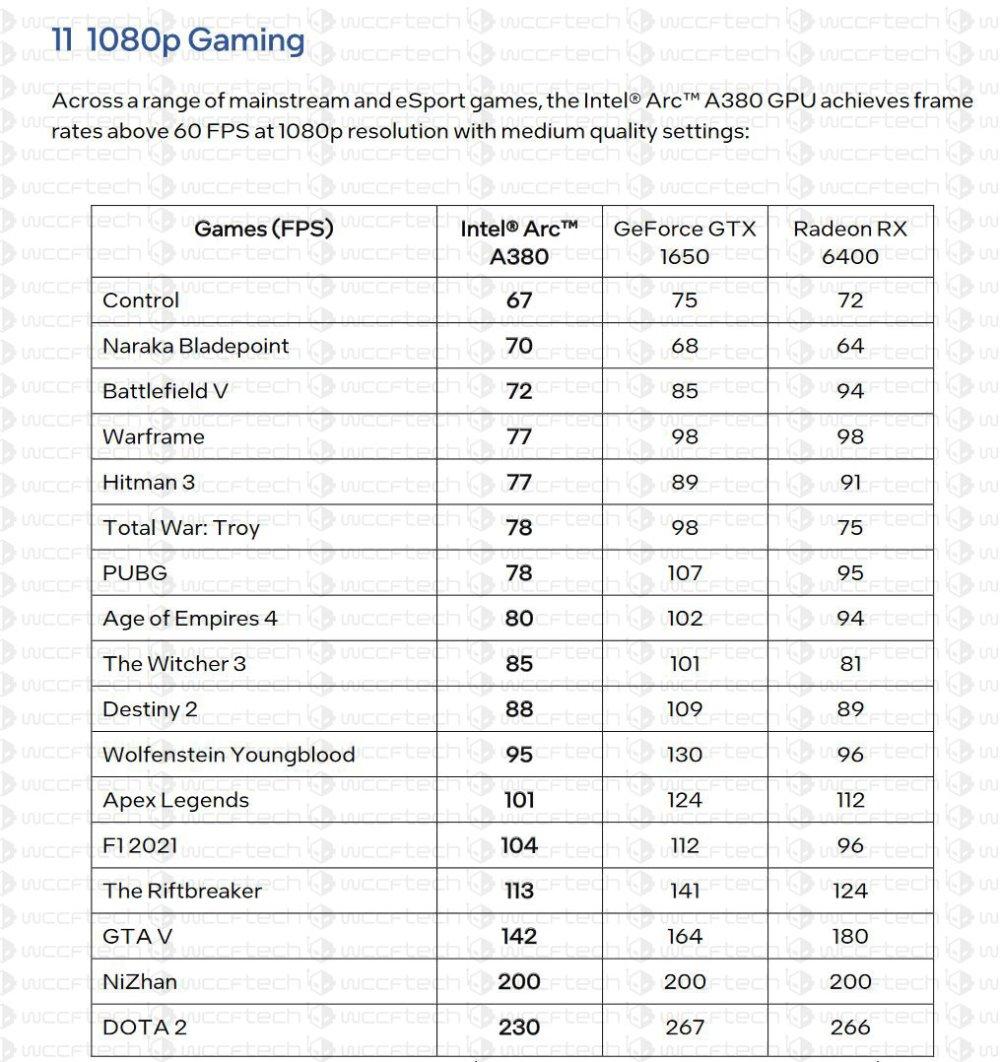 It shows a good performance, to be a low-end graphic

What we can get clear about this graphics card is that the Intel architecture is very interesting. For a new solution, built from scratch and fairly quickly, performance is relatively good. It is possible that as the architecture is worked on, it can improve a lot in performance.

Currently, they do not pose a threat to AMD and NVIDIA graphics, but they will end up being. Let us remember that AMD also came from far behind with its graphics cards and they are standing up to those of NVIDIA. It’s possible that in two or three years, we’ll have three graphics manufacturers breaking their necks and competing on performance and price.