Although Sony is known much more for its home consoles (such as the PlayStation 4 or PlayStation 5 today), the company also made its first steps in the market for portable or pocket consoles. Specifically, this company launched two consoles on the market, which, unfortunately, did not have the success that was expected of them: the PlayStation Portable , or PSP, and the PlayStation Vita , or PS Vita. Despite their limited success, these consoles had an important catalog of games. And today we are going to see how we can play it from any PC. The PSP saw the light of day in Europe in 2005, and was supported by the company for 9 years, until Sony finally decided to discontinue it in 2014. This console had a MIPS R4000-based processor running at 333Mhz, and its storage was in the form of its own memory card of the “Memory Stick DUO” type. The games were sold in optical drives (a kind of small CDs) known as UMD of between 900 MB and 1.8 GB of capacity. Sony wanted the PS3 to be able to communicate seamlessly with the PS3.

Already at the end of the life cycle of the PSP, Sony launched a new portable console to take advantage of the pull, the PS Vita . This saw the light of day at the beginning of 2012, and has been a console that has been active for 7 years, until it was finally discontinued in 2019. This console improved, in everything, the PSP, with an ARM Cortex-CPU. A9 (Quad Core) at 444 MHz, a SGX543MP4+ GPU (4 cores) at 222 MHz, 512 MB of RAM and, finally, internal storage memory, which could be expanded using proprietary memory cards. The games, finally, left aside the UMD support and bet on the “cartridges”. This laptop was the perfect companion for the PS4.

Both consoles had their share of their own games, but a large part of their catalog were ports, or remakes, of games from previous consoles, such as the PS1 or PS2, so that they could always be carried in your pocket. However, both the PSP and the PS Vita had large catalogs that, if we are video game fans, we should not overlook.

The best games we could see on the PSP during its life cycle were the following.

On the other hand, the best PS Vita games that we have been able to see for this console, beyond all the PS1 and PS2 games that we could play without problems with it, are the following:

Of course, the lists are always subjective, and we can find a lot of great titles available for both consoles. Thus, if we are interested in playing any of these games on PC, we are going to see which are the best emulators for PSP and PS Vita that we can find on the net.

The PSP is a console with more than 15 years behind it. Therefore, it is a platform that has been extensively studied by developers of emulation programs, which has excellent emulators available on the Internet, and that we will be able to emulate without any problem on any more or less powerful computer.

PPSSPP, the most complete, advanced, and in HD! 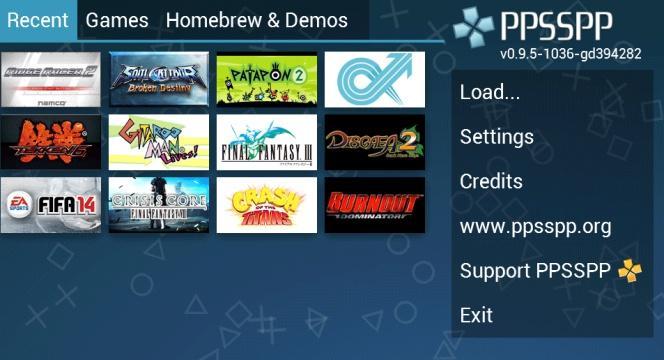 It is, without a doubt, the most advanced PSP emulator that we can find. PPSSPP stands out, above all, for being a totally free and open source emulator, which is also capable of improving the gaming experience when we run the titles of this console on our computer. When we load a game (in CSO or ISO format) into this emulator, it upscales its resolution and applies a series of filters to turn it into an HD game. It is also optimized to work with touch screens (on smartphones), allows you to save and load your game at save points, and even allows you to continue your PSP game directly on your PC.

Also, the most important thing is that it is an emulator that is still under development. From its GitHub repository we can download the latest version for Windows, macOS, Linux, and all kinds of mobile operating systems. 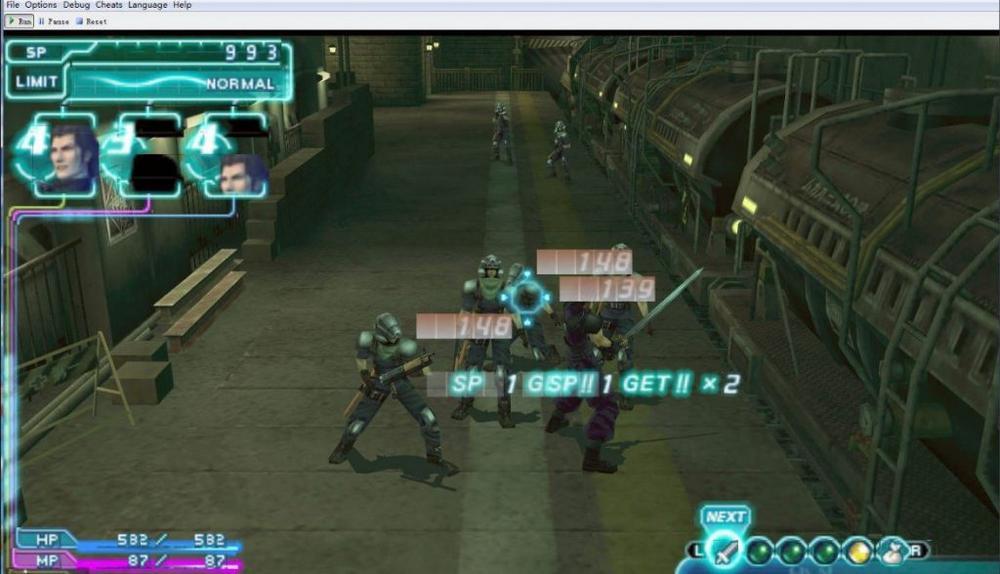 The second of the best known emulators that we can find for this first Sony laptop is JPCSP . This PSP emulator is written in Java, and thanks to this we will be able to use it on both Windows and macOS or Linux. Among its main features we can highlight that it is an emulator with excellent compatibility with all kinds of titles on the market, as well as having a very clear and easy-to-use interface, which, moreover, does not require very complex configurations to start it up.

This emulator is still under development, receiving new updates every so often. In addition, on its website we can consult a compatibility list to get an idea of whether the game we want to play works, or not, within JPCSP.

It is also an open source emulator, and totally free. And users who want to try it can download it for free from the JPCSP website . 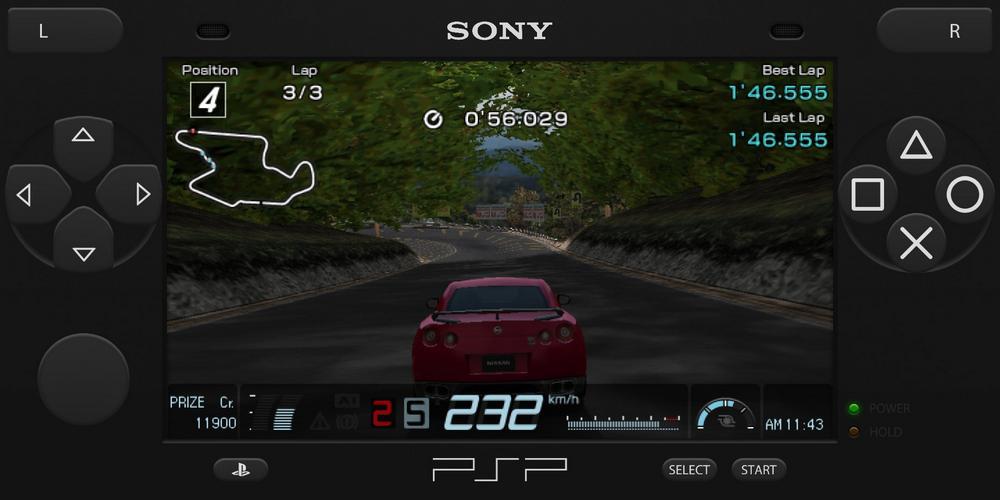 Finally, we did not want to miss the opportunity to talk about these two programs: RetroArch and EmulatorX . Both programs are a kind of frontend that seeks to allow us to centralize our game lists to be able to access them from a very clear, simple and pleasant interface. But they are not emulators as such, but they load their own “cores” to be able to work.

In the case of both RetroArch and EmulatorX, the designated core for running PSP games on the computer has been PPSSPP. What’s more, EmulatorX is a platform that has disappeared a long time ago, so we should also avoid downloading it from untrustworthy websites. RetroArch is still under development (and has very active development), and if you’re looking for an all-in-one PSP-compatible emulator , this is the best one to go for.

The PS Vita is a much more modern and powerful console than the PSP. In addition, it is a more complete console (similar to the PS4) as far as architecture is concerned, so, despite having already passed its life cycle, it has not been possible to find so many emulators, and so good, as in the case of PSP.

However, the PS Vita was not going to run out of its emulator. And, surely, as time goes by, more alternatives will appear that allow us to play all the games of this console directly on our computer without problems.

Therefore, we are going to see the one that, as of 2022, is the only PS Vita emulator that works.

Vita3K, the first (and only) PlayStation Vita emulator 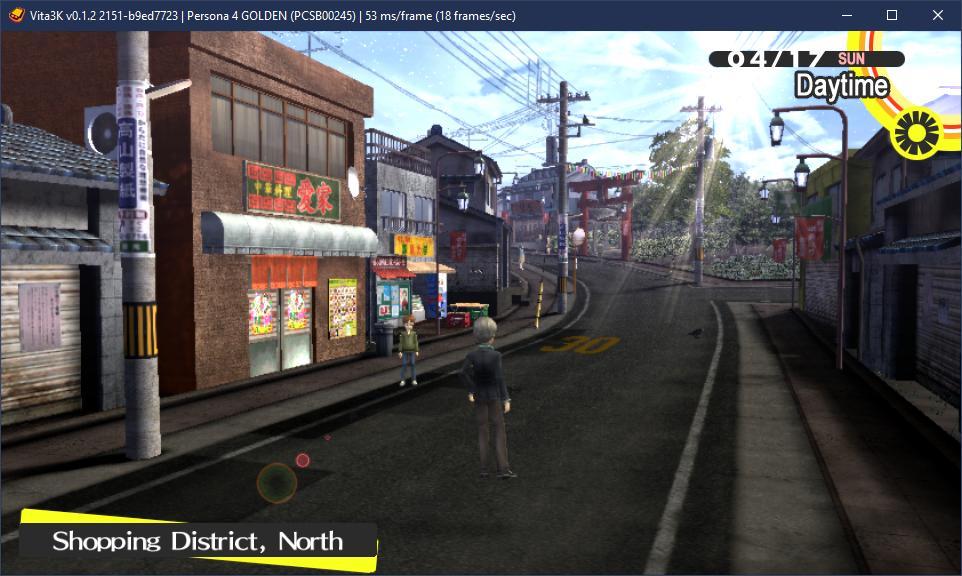 This is how its developers announce it: the world’s first functional emulator for PS Vita. Vita3K is an open source emulator whose main objective, as we may have guessed, is to allow us to run the games of this second Sony laptop on our computer. Game compatibility for this console is still very poor, but it is already capable of running commercial games, as well as a large amount of homebrew (homemade software) developed for this console.

We can download the latest version of this Vita3K from its website. In addition, its developers have a complete compatibility list to be able to see the games that work and those that don’t, so as not to waste time trying. This list, of course, will be expanded as time goes by.